There are approximately 1,274,923 people who call the lovely state of Maine their home. Although the state is relatively small compared to many other states, Maine has never been left behind. The state has produced many wonderful people - some known and some unknown. But there are several names that you may recognize. Read on to see how many people you may have heard of whose roots are buried in the soil of Maine!

Walter Van Tilburg Clark was born August 3, 1909 and lived in East Orland, Maine. He was a well-known writer and was inducted into the Nevada Writer's Hall of Fame in 1988.

He was the author of the cowboy novel The Ox-Bow Incident which is believed to have been the most realistic book of its kind.

He had a noble heritage and was the descendant of William Bradford who came over on the Mayflower and of the John Whitney who was a Puritan. His two grandfathers were both presidential cabinet members although one was Republican and the other was Democrat.

He became the editor in chief of the New York Herald Tribune and founded the John Hay Whitney foundation in 1946.

Curtis purchased a total of six different publications and kept them going. He also founded just as many publications of his own including such works as Tribune and Farmer, Country Gentlemen and Public Ledger. He married Louisa Knapp in 1875 and permitted her to write a one page article in his magazine Tribune and Farmer. This eventually became a full-length magazine - Ladies' Home Journal.

Cyrus Curtis passed away on June 7, 1933. His daughter, Mary Louise Bok Zimbalist has helped to carry on her father's legacy.

John Ford, film director, was born in Cape Elizabeth, Maine on February 1, 1894. His birth name was said to be John Martin Feeney and also Sean Aloysius O'Feeney. He also had several nicknames including, Pappy, Coach and The Admiral.

He married and had one son and one daughter.

Ford was a well respected director coming to Hollywood in the footsteps of his brother, who was an actor. He was well known for his production of Westerns. He won six Oscars and ranked high in Hollywood before he passed away on August 31, 1973.

Stephen King, famous writer, was born in Portland, Maine on September 21, 1947 to Donald King and Nellie Ruth Pillsbury. He has one brother, David King, who was born in 1945.

King earned a Bachelors of Arts degree in English from the University of Maine at Orono.

King was a teacher for awhile while writing on nights and weekends. One by one his works were rejected for publication. Finally the novel Carrie was published thanks to King's wife who saved it from the garbage after her distraught husband trashed it. Carrie helped to bring the financial freedom King needed to pursue his career and leave teaching. Today he has a host of novels and works that have earned him the title of "famous."

Henry Wadsworth Longfellow, great and well-known poet, was born February 27, 1807 in Portland, Maine. (At that time, it was a district of Massachusetts). He was one of seven children,

In school, Longfellow studied several languages. He was also talented in music and played the flute and the piano.

He began college at Bowdoin College at the age of fourteen years old and graduated at age nineteen the fourth in his class of thirty-eight students. Among his classmates was Nathaniel Hawthorne.

After graduating, Longfellow was offered the position of the first Professor of Modern Languages in which he accepted. He was also allowed to go to Europe for further study. In 1834, he was appointed a professorship at Harvard.

Longfellow married Mary Storer Potter on September 14, 1831. They were married for four years and Mary died as a result of complications from a miscarriage. He later married Francis Appleton July 13, 1843.

Margaret Smith married her husband, Clyde Smith in 1930. Clyde helped pave the way for her entrance into politics when he became elected into the Untied States House of Representatives in 1936. At first, Smith served as her husbands secretary but after his death in 1940, she replaced him in office. She served four terms in the House before being elected to the United States Senate in 1948. She made history by becoming the first woman to be elected to both houses of Congress. She spent four terms in the Senate and a total of thirty-two years in Congress before losing the re-election in 1972.

She returned to her hometown and began working on the plans for the library that bears her name. She enjoyed being at the facility for many years.

Margaret Chase Smith passed away May 29, 1995, at her home after living a full life.

Piston graduated from Harvard in 1924 and also traveled to Paris for studies. Piston also taught at Harvard from 1926 to 1960. He wrote three significant textbooks on music as well.

He produced orchestra and chamber work and earned several awards for his efforts.

Walter Piston passed away in 1976

In 1914, Morse receive his B.A. from Colby College. He then enered Harvard to do research in mathematics. He obtained his Master's Degree in 1915, a PhD in 1917. He taught briefly at Harvard and then entered into military service.

Later he was Benjamin Pierce instructor at Harvard from 1919-1920 and then obtained professorsihps and assistant professorships at various higher education facilities.

He married Céleste Phelps on June 20, 1922. They had one son and one daughter before themarriage ended in divorce in 1930.

More Famous Mainers ~ Click On the Name To Read Bios 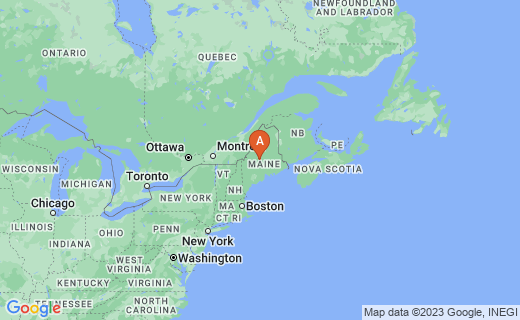