"Anime (Japanese: アニメ?, [a.ni.me] ( listen); English i/ˈænɨmeɪ/) are Japanese animated productions featuring hand-drawn or computer animation. The word is the abbreviated pronunciation of "animation" in Japanese. In Japanese, the term references all animation,[1] but in English, the term is defined as a Japanese-disseminated animation style often characterized by colorful graphics, vibrant characters and fantastic themes.[2][3] Arguably, the stylization approach to the meaning may open up the possibility of anime produced in countries other than Japan.[4][5][6] For simplicity, many Westerners strictly view anime as an animation product from Japan.[3]

The earliest commercial Japanese animation dates to 1917, and production of anime works in Japan has since continued to increase steadily. The characteristic anime art style emerged in the 1960s with the works of Osamu Tezuka and spread internationally in the late twentieth century, developing a large domestic and international audience. Anime is distributed theatrically, by television broadcasts, directly to home media, and over the internet and is classified into numerous genres targeting diverse broad and niche audiences. WIkipedia

The production of anime figures has been in existence since around 1917. But the vast majority of the current style merged as early as the 1960s with over 430 companies involved exclusively in their production.

Current anime figures are made to be displayed. The focus is on realism instead of movement like figures produced for kid's play. Therefore they are usually made from a single mold and are non movable.

A large number of collectors has created an equally large number of photographers that focus on taking these beautifully made figures and pose them in realistic looking scenarios. These pictures have their market in the production of calendars and are also used by the anime industry in their publications. 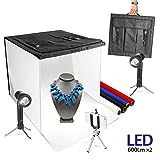 Making a set that resembles the fantasy realm where these anime figures live is sometimes not easy but with some careful planning and patience it can be done.

However most often outdoor locations offer enough settings where these figures can be posed to look at home. But simply posing an anime figure outdoors in the grass will not do.

Use whatever materials are available in the locations and explore various angles and perspectives until you find a suitable one. Carefully arrange all the elements to give the sense of realism and proceed from there.

You often have to arrange the scene and perhaps adds elements that complement the scene thus giving the figure a realistic looking scene that lets the figurine blend in.

Both male and female figures are hot sellers and most are creations from the world of video games and as you know, most games are very realistic looking. So no matter which gender you choose to concentrate upon you will do well to pay as much attention to the posing as you do to the scene.

If you are handy with a digital editing program like Photoshop, perhaps you may consider using digital backgrounds. This will make your set up that much easier.

Another clever way is to simply use pictures from a magazine or other publications, even posters. Just place them a few inches in back of the figure, use a lager f-stop and avoid shining a light source directly at it.

Where you aware of the popularity of anime or the history ?

Enter the challenge with the mindset of creating images that are pleasant and seem to be almost real. Pose your anime figures in elements that make them appear as if they belong in the scene.

You need to be creative with your design making decisions unless you want your images to appear as if you were just photographically taking an inventory of your collection.

The set making will probably take most of your time but when finished you will realize how well the figures fit and this makes up for the time spent in the making of the set.

However, if you find yourself unable to make even simple sets then scout the outdoor scenery and make the best judgment as to were to pose your figures to make the scene believable as well as pleasant to look at.

One more thing to think about, when posing your figures try to conceal their base. The base is only there to make sure that you can stand and display your figure and is not meant to blend in .

If your photographs end up showing the base then the theme as well as the photographs lose some of their appeal.

The key is to pose the subjects in ways that make them appear as if real. Even though we know that they are not real the whole intention is to fool the mind by offering a "realistic" looking piece that lets the imagination wonder and allows room to fantasize as well.

As far as where to get subjects, it is better if you have your own as this makes it easier to photograph and take your time.

But if you can't afford these often pricey subjects, since they can range in price from $60.00 to over $140.00 new, it is a good idea to advertise for people who collect them and ask to use their collections for the project.

Often you will be granted permission so long as you offer to furnish them with copies of the photographs in return and this is much cheaper than going out and spending a small fortune just for building up your subject list.