My favourite works of Antonio Vivaldi and probably one of his most famous pieces. Published in1725 in a set of twelve concerto's entitled Il cimento dell' armonia e dell' inventoine ( The Test of Harmony and Invention) Four seasons is from the baroque period and portrays each of the four seasons beautifully. It completely speaks for itself.

Vivaldi is one of the few composers to whom 'rediscovery' applies in the literal sense. His neglect as a composer has only been recognized in the last eighty years or so and over 770 of his works can be ascribed to him today. Now hardly a year passes without new discoveries of Vivaldi's works being unearthed.

When Vivaldi died in in 1741 in Vienna, he was forgotton. He died in poverty and was buried in a small cemetery outside the city walls. For almost two hundred years only historians and musicologists know his name. It wasn't until the twentieth century that he began to attract followers with the revival of interest in Baroque music. The American writer Ezra Pound put on concerts of Vivaldi in Rapallo where he lived and the the most modern festival devoted to Vivaldi took place in September 1939 at the University of Sienna. This concert was the beginning of Vivaldi revival and encouraged the famous publishing house of G. Ricordi in Milan to start the publication of all the instrumental works of Vivaldi.

Today Vivaldi is a household name all over the world. There have been more than 150 complete records of The Four Seasons and scholars ensure that new information about his life and music is presented in several series of annual publications. Antonio Vivaldi's life was interesting and atypical and his reputation as a freakish violinist and eccentric overshadowed his fame as a composer.But today his virtues are summed up, 'He belongs to those natures who, possessing considerable technique and exceptional skill at handling form, are always ready to compose, without thinking much about the significance and content of the result. Indeed, his compositions only very rarely contain stirrings of deeper feeling, notable power of thought and true dedication to art' ( W.J von Wasielewski) 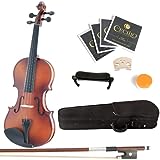