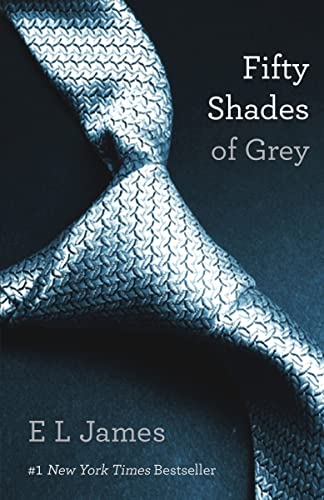 MPAA Rating: Rated R for strong sexual content including dialogue, some unusual behavior and graphic nudity, and for language

- Great cinematography work. Truly magnificent, as it helps set the atmosphere and mood perfectly; along with the lighting.

- Dakota Johnson tries to give a great performance, but she isn't given much to work with considering her love interest can't act for s**t, and the script severely limits her character.

- Jamie Dornan can't act, and everyone else delivers from mediocre to downright terrible performances.

- Mediocre script that incoherently rips off "Twilight", in a lot of ways; minus all the werewolf and Vampire stuff.

- Redundant and repetitive themes throughout the film

"Fifty Shades of Grey" is based on a series of books by E.L. James. It was originally written as an erotic fanfiction of the infamous "Twilight" series. However, it was later rewritten to be an original piece, while changing many of the character's names in the process. And if you're familiar with the "Twilight" series, then you should be able to find some of the seeds implanted throughout this story. You have Jose (Victor Rasuk), who plays the "Jacob" role in this movie. You know. The would be best friend, who likes the main character, but he just can't get out of the damn friend zone. Ouch. Hasn't he heard of the term, "There's other fish in the sea?"

All kidding aside. He's not a blood sucking vampire, but he might as well be. After all, he certainly sucks out the passion of every scene he happens to be in. As he eloquently puts it, he's a dominant. And, he wants Anastasia to be his submissive; a slave that will act on his every command.

Unfortunately, this is part of the film's problem. It's redundant. Whenever Christian and Anastasia talk about their relationship, it's always the same damn thing. She wants him to love her, and all he wants is for her to be his submissive. And to make matters worse, the conversation ALWAYS ends the exact same way, with both parties refusing to budge. Outside of the ending, the film just ends each of these conversations the exact same way, with no resolution in sight.

Seriously, all these two do throughout most of the film is f***, and then talk later about how each of them want different things from the relationship. It tends to get repetitive and boring to the point that you just wish it would end.

Granted, Dakota Johnson is quite attractive to look at, and I'm sure all the ladies out there will love checking out Jamie Dornan's bare a** on the big screen. However, if you look past that, then you'll notice that "Fifty Shades of Grey" isn't that special. Throughout all the love scenes, you'll notice that Dakota doesn't even look like she's enjoying it half the time. If anything, it looks like she's merely putting up with it. As for Jamie Dornan, all I can say is he's lucky to be so deviously handsome because he certainly can't act for s**t.

Hell, this guy would easily make Vin Diesel look like an Oscar caliber actor by comparison, and that's sad because Vin can't act for s**t either. But unlike Jamie though, Vin does have a lot of charisma on screen, which tends to go a long way. Sadly, I can't say that for any of the actors in this film.

Sure, Dakota Johnson tries to deliver a solid performance, but the script doesn't give her much to work with. If anything, the script has her constantly portrayed as some lost shy little school girl getting caught up in Mr. Grey's world, in his neatly arranged adult playroom. And to make matters worse, that's all she is in this damn story. All the characters are stagnant throughout this entire film, where nothing gets resolved.

Apart from the great cinematography work that helps create this intense atmosphere for the viewer, the entire film is a mess.