As a guitar, electric bass, ukulele instructor at Long & McQuades, I have taught countless musicians how to play or improve their chops.

Dust In The Wind 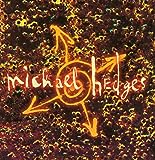 Oracle
Winner of the 1997 GRAMMY® Award for Best New Age Album, "Oracle" is one of Michael Hedges best. "Oracle" signified a return to acoustic performance, but the record was the last to be issued during Hedges' own lifetime. One of the most revered acoustic guitarists of all time created a wonderful and innovative album that even includes a few covers - the Beatles' "Tomorrow Never Knows", Frank Zappa's "Sofa No. 1", and Henry Mancini's "Theme from Hatari!" The album spent 26 weeks on the Billboard Top New Age Albums chart.
Buy Now

Fingerpicking on guitar can be broken down into two categories: classical and folk. Classical is much more strict and structured than folk. Folk fingerpicking is much more relaxed in terms of technique, hand position, execution, etc. They both obviously involve using the fingers to pluck the strings as opposed to a plectrum (pick).

This lesson focuses on the basics of folk fingerpicking. Although the correct hand position is essential to achieving the desired sound, it is not as strict as what would be taught in a classical course. Fingerpicking can open up a whole new world in any genre of music. In jazz and blues music, it gives you the ability to weave chords, melody and bass lines together to have one guitar sound like two or three. Many of the world's top players play with their fingers exclusively. Mark Knopfler, Jeff Beck, Joe Pass, to name a few. One problem with this technique, is the amount of volume that is produced. Much quieter than using a pick, especially with the thumb. The nails of the other fingers can be grown and groomed (like a classical player), to produce enough volume, but because of the angle of the thumb when it strikes the string, the fingernail is pretty much out of the picture. I have tried various configurations: fingerpicks and thumbpick , fingernails and thumbpick. Of course, the easy solution is to use an amplified acoustic, or electric guitar. My brand of choice is the Ibanez AEG model. Small body, great electronics, just a joy to play!

Here is a very famous piece of music: Malaguena. This is a fairly simple version of the the main theme. I have notated it with down and upstrokes, as a pick could be used to play this. When fingerpicking, use the thumb for the downstrokes and the middle finger for the upstrokes. Start slowly and gradually increase the tempo at each pass. Try playing it three ways, with just the pick, hybrid picking (the pick for the downstroke, and the middle finger for the upstroke), and fingerpicking.

As mentioned above, correct pick hand position is crucial. Keep the fingers close to the strings, don't let them fly away. This will keep your hand in a type of 'claw' position. Do not curl your fingers under the strings when picking them, just caress the strings with the tip of your finger. Some players find an anchor point on the body of the guitar, either laying their palm across the bridge (this is the way many players execute lead guitar passages), or anchoring their pinky to the body under the strings. This creates a reference point, but takes the fourth finger out of the picture, if it is needed to pick a string. Many players only use their thumb, index, middle and ring fingers when playing. Experiment to see what works best, but remember to employ the 'claw' form, otherwise your fingers will move too far away from the strings.

The entire piece is based around an open E Major and A minor chord. The thumb creates the melody in the lower partials, while the middle finger pedals the droning E. Quite impressive and not that hard to play.

Arpeggios are an excellent way to practice fingerpicking. I wrote this piece specifically for this purpose (hence the silly name). Use the fingers notated: T=thumb, I=index, M=middle, R=ring. Simply reverse the order for the descending arpeggios. This exercise will strengthen and train the picking hand. Pattern picking, such as this, is excellent for getting the fingers used to this style of playing, and simply sounds wonderful! Many songs can be performed in this manner, as opposed to strumming. Of course, since there are no two notes sounded together, it can be played with a pick, and should be practiced both ways. Stroke direction would be: down, down, down, up, up, up, this will keep the arpeggios flowing and sounding uniform.

A bit more challenging than the previous piece, but exactly the same in terms of fingerpicking. I have kept the chord voicings in the bridge as simple to play as I could. Probably not the best choices for the chord shapes, but the voicings keep the thumb and fingers on the same set of strings until the C Major. Once again, try this song with a pick and fingerpicking.

Dance Of The Frightened Squirrels

Another original piece to demonstrate what is loosely defined as 'Travis' picking (named after famous country guitar picker, Merle Travis). The thing is, no one seems to know exactly what 'Travis' picking is, there are so many variations. At any rate, this is a total departure from the arpeggios above and will require more practice to master. Start slowly (if you cannot play something at a slow tempo, you cannot play it at a fast tempo), gradually, the pattern should start to 'roll', that is, it should start to feel more comfortable and sound consistent. Measure one is the pattern notated on a C Major chord, the piece actually starts on measure two. This pattern sounds great as either a shuffle or straight rhythm at a fast, slow or medium tempo. Very adaptable to a number of songs. It should act as the jumping off point for a huge amount of variations and fingerpicking ideas.

On the video, I have performed the pattern at half speed (55bpm), for four measures on a C Major chord, then the entire piece at double speed (110bpm), with a straight rhythm, followed by the entire song at the same tempo with a shuffle (swing) rhythm.

Dance Of The Frightened Squirrels