5 Reasons to See Adam Lambert on Tour with Queen

Once in a Lifetime

With Queen's "Once in a Lifetime Tour" underway, audiences in the U.S. and Canada have had the chance to experience, well, the tour of a lifetime. Adam Lambert is at the helm this time around as the vintage rock band's front-man, and according to critics, he was born for the role

I had the chance to witness this musical extravaganza first-hand on its opening night in Chicago, a place where Lambert spent some time a few years back while touring with the national production of the musical "Wicked." He made a glam-slam return to the Windy City with his legendary friends from Queen, Brian May and Roger Taylor, to entertain fans and resurrect the classic songs we've all come to know and love.

Before I begin, there are a few things that go without saying, but I feel compelled to say anyway.

Now, there are several components to making a concert event entertaining and worth today's absorbanent ticket prices, but in the end, it comes down to group synergy, good planning, great musicianship, and a bad-ass front man.

Enter Adam Lambert, who was hand-picked by Queen to front this tour as they prepared to hit the road and rock you. And trust me, they will… they will ROCK YOU.

So here are my Top 5 reasons (in descending order), to attend this live show featuring the newly crowned King of Queen.

Adam Lambert's dancing skills deserve an honorable position on any list, so I'm just going to keep things simple and come out with it. Watching Adam Lambert shake his, well, anything, is just never not okay. In fact, it's quickly becoming one of our favorite past times. It's why You Tube exists. The man's got mad skills in the rhythm department, and he uses his valuable assets to lure the crowd into their own dizzying dance. Admittedly, It worked on me, and on thousands of others. Hence the following tweet after he shamelessly seduced a Canadian crowd "Thank you Edmonton! You guys were pumped ; )" Ahhh, the power of the winky face.

How many front-men can serve up equal amounts of testosterone and divine-diva- fabulousness without batting an eye (well, there may have been a few)? As the show opened, Lambert emerged as the prize behind curtain number one, slow-dipped in leather and belting out the appropriately titled rock classic "Now I'm Here" with utter ferocity. It left little question as to who the HBIC was here. Then, within just a few short minutes, alone he stood beneath a single spot light with nothing between himself and the audience but his own vocal purity, delivering a raw, touching performance of Who Wants to Live Forever.

It's all about taking us on a diverse and unpredictable journey, which by the way, is not as easy as it looks. Especially on a tour comprised of 20+ dates. Through it all, Lambert takes delight in engaging the fans with overt, unapologetic flirtatiousness and he's keenly aware of its effect on them. In short, he's a tease in the best sense of the word. Give him the song Killer Queen, a gold trimmed chaise and a $300 bottle of bubbly and it's his voyeurs who get intoxicated. As he sashays through the song draped seductively over the lounge, the crowd is on their feet, camera phones in-hand attempting to capture his unique brand of theatrical sensuality; one that has been long-associated with the singer even prior to his reign with Queen.

And just when you think it's safe to sit back down in your chair, Lambert stands, guzzles said champagne, and spews the bubbly beverage all over himself and then into the front row, asking a woman, "Did I make you wet, madame? Thank you very much, right? Mmhmm. You're welcome. I think I got myself wet too"…. <TILT> Maybe it is time to have a seat after all.

Have you ever gone to a concert and felt an invisible wall between yourself and the artist performing? It makes you feel like asking for half of your money back. You won't find that to be a problem this time around. Here we have an actual performer who believes so deeply in the music that he gets lost in it. In doing so, he finds himself in that special place, a sort of musical Nirvana, where audience and artist become one. Don't discount this. I can say with a fair amount of certainty that Adam Lambert doesn't. Like true love itself, a connection like that happens rarely and you have to feel it to believe it.

Fashion has always been at the forefront of Adam Lambert's performances. The man likes shiny, pretty, things and has gone on record as saying that the costumes are almost as important as the music. That's why I placed fashion at number two on the list. During the "Once in a Lifetime" tour, the singer is adorned in a sexy assortment of designer Queen-worthy clothes that he works until you're totally blown. "Go Bold, Go Gold" seemed to be the theme here, one inspired by a dream Lambert had. Some of the more notable pieces included an Armani studded leather jacket, a pair of mile-high platform boots, gold lamé shoes, and a Franco leopard-print suit. (Franco also contributed a sheer blackish-gold lace shirt which dropped all the right hints in all the right places.) The signature piece however, was one Lambert appeared to have the most fun with - a metallic gold fringe wrap accented with golden spikes and studs. Add to that a gold choker-style necklace, a matching microphone (yes, he even managed to make that a fashion accessory), a gold crown encrusted with Swarovski crystals, and an assortment of his signature chunky metallic rings and voila...a fashion menagerie fit for the most discriminating queen. Kudos to Lambert and stylist Jen Rade for putting these looks together, and for providing such a stunning visual to accompany the music.

Let's face it. The voice will always be number one. Pick a song, any song and you'll hear Lambert's distinctly toned vocals wrapped skillfully around each of Queen's masterpieces. And the high notes? Forget about it. He's at the top of his game here and continues to convert more skeptics with each live show. As for his critics? Well, we haven't heard from them in awhile. They took the bus back home. It's no secret that the Queen catalog is not an easy one to pull off. Their multi-keyed songs and rapid-fire lyrical runs call for extraordinary vocal ability. Whether it's an intimate ballad like "Love Kills," or deliciously campy crowd-pleasers like "Killer Queen," "Bohemian Rhapsody" or "Fat Bottomed Girls," the songs don’t allow much margin for error, yet Lambert delivers them with seemingly little effort and still manages to run a catwalk, dance like the devil, and flirt with smitten audience members without even breaking a sweat (which, based on personal observation, is more than I can say for said audience members.)

There You Have It

If it's low-key you're looking for, or a karaoke version of re-vamped Queen songs, save your money. Adam Lambert + Queen don't do vanilla. They are going for authentic, over-the-top, old-school rock here and they succeed. It's dynamite with a laser beam, guaranteed to blow your mind.

The Coronation of Adam Lambert 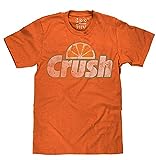 What Did You Think of the Adam Lambert + Queen Tour?