Why Did Chopin Use 'Ballade' as a Title for an Instrumental Piece?

The title “Ballade” implies a narrative as that title was used in French opera to describe a narrative song and early advertisements for op.23 included the description Ohne Worte (without words) in The Musical Examiner, 11 March 1843.

What prompted Chopin to use the title ‘Ballade’?

Was it Chopin’s savvy business sense or the nationalistic sentiments to his native Poland, which inspired Chopin to brilliantly use the title Ballade?

A ballade is a form of verse and often set to poetry. Like all narrative poems, a ballade contains a plot. Before the 19th century, ballade's were mainly only written and performed in Great Britain since the later medieval period.

During the 19th century, the poetic form spread across Europe. Many of the northern and western European ballads were written in quatrains (four-line stanzas) with alternating lines of iambic (an unstressed then stressed syllable) tetrameter (eight syllables) and iambic trimeter (six syllables), known as ballad meter.

The romantic climate and development of programmatic titles in the 1830’s influenced by literary sources, nature and personal expression, has contributed to endless speculation that Chopin’s fellow Polish compatriot influenced the Ballades the poet Adam Mickiewicz.

It is the centre from which the variations have unfolded some kind of an ancient mode of performing, some epic that was combined with dance, the effect of the Christian Middle Ages, or is it the effect of geographic regions? The Italian ballata (dance song), the Celtic gwaelawd (epic song), the Russian bilina, the Ukrainian dumi, the South Slav narodne pesme, junačke pesme, the Spanish románce, the Danish, Norwegian folkeviser, the Hungarian ballada are the same genre; they fulfil the same function, that of the short epic song, often dramatic in character.

As Chopin began to renounce forms such as the brilliant style and some of the earlier classical form which comprise his earlier works, his unique style of figuration, melody and harmony brought to perfection, the Waltzes, Mazurkas, Polonaise’s and later the Scherzo’s as well as the Nocturnes a genre established by John Field. The Ballade, tells a story, for European audiences of all nations this title created an inescapable resonance. The novelty of Frédéric François Chopin’s title was using this title for a piece of an instrumental genre. The early advertisements included the description Ohne Worte (without words). In the 1830’s the ballade had a significant meaning for each country in Europe. Although countries nationalistic Ballad contain differences, still contain something common in spite of national, historical and artistic differences. Perhaps Chopin used this title as a savvy business decision, based on the knowledge that the title Ballade was a popular, nationalistic and historical title of every country in Europe

Frédéric François Chopin worked on his first Ballade Opus 23 in g minor for almost two years before it was published. As this narrative unfolds, beginning with an introduction on the Neapolitan six chord its somber melody lets the listener know a tragic tale is going to unfold. The tale is a continuous buildup between two theme groups. The first theme group begins in the tragic key of G minor. The second theme group begins in Eb major. Through thematic development both themes are developed. Theme one in A minor and theme two, in A major. After a transition, a waltz section in Eb major begins to propel the narrative forward increasing the drama and tension with the second theme group transformed again still in Eb major. The first theme group undergoes another transformation once again, now back in g minor. On a larger scale all of these thematic transformations take place over a gradual but ever increasing build up of intensity. Chopin increases the intensity of the drama by adding a coda, which hints at the introduction by skillfully weaving a Neapolitan six chord with brilliant bravura figurations into the dramatic coda, which drives the music into a violent ending in the tonic of G minor.

What your favorite Chopin composition genres ? 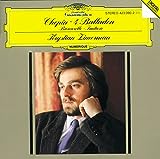