French and Italian Opera in the Baroque Era

Comparison of French and Italian Opera in the Baroque Period

The opening of the first public opera house in Venice in 1637—Teatro San Cassiano, was an important historical event in the development of opera. Up to this time this art form was pretty much in the domain of the upper-class, a courtly entertainment for invited guests. Now that it was available to general audience for mass consumption it had important consequences for the way the music shaped up. Public taste could and would dictate what the composer would write and the way the opera was staged.

In Italy, the virtuoso soloist was beginning to be featured and da capo arias were the medium through which the singers could show off their talents, with the vocal ensembles that were prominent in first half of the century not as common anymore. The recitative style of imitating speech inflections with no concern for musical principles such as melody, phrase and rhythm has even become faster and less melodic and is totally distinct from the aria. The ritornello principle—an orchestral introduction to the aria repeated at the end becomes firmly established, along with short instrumental interludes between the sections.

While Italian opera was a model for composers all over Europe (except for France who resisted the idea of foreign operas), by the late 1600's the French had developed their own operatic style partly based on their classical French tragedy as well as their ballet tradition. One of the most influential figures in the creation of the French style opera was Jean-Baptiste Lully. As a teenager Lully, a guitarist from Italy moved to France and attracted the interest of the court with his abilities as a violinist and a dancer. He eventually became the founder of tragedie lyrique, the French counterpart of Italian opera at the time.

A precursor to Tragedie Lyrique was ballet a entrée which was a production with four acts, each with a separate plot, composer and numerous entrances interspersed with spoken lines. Lully was eventually appointed composer for the court ballets and gradually, as he gained more control, these court productions became more integrated unities.

In French opera there is usually five acts compared to the Italians three, and a relatively greater importance of drama with stories of greater dramatic interest. And, being French of course, there tended to be more elaborate ballet scenes (although ballet was originally imported from Italy) with a large place given to ballet, choruses, and spectacular scenes in general. In general there was more emphasis on the music throughout, as an integrated whole compared to Italian opera where the music was becoming more and more subordinate.

The Italians didn’t care about the music, drama or spectacle as much as they did about the singer and the aria; by the 1670's it was not unusual to have sixty arias in one opera. The French on the other hand, preferred short and simple songs (popular tunes), mostly dance-like (airs) as opposed to the elaborate arias. Their singers were not expected to show off their improvisatory skills as the Italians were wont to do. Also, their recitatives tended to be less speech-like, more melodic and were accompanied by the orchestra.

This “French recitative” was developed by Lully as an attempt to set down in exact musical notation the inflections, rhythms and accents of the French language. He also established the two-part form, “French ouverature,” for his ballets which were later incorporated into his operas. Overtures, both in Italy and France were designed to create a festive atmosphere for the opera or ballet that was to follow. The Italians who used overtures as curtain raisers in the earlier part of the century were abandoning them in favor of the sinfonia while the French hung on to them throughout the Baroque period.

Italian opera in the 18th century (opera seria) was totally focused on the singer (rock star) and the aria. This era is known for the high development of vocal technique and the singers were expected to improvise and amaze audiences with each new way they would sing their arias. The orchestra, except for the overture, and incidental music was still subordinate for the most part.

This Italian style was adopted in all countries except France, where Lully’s followers kept writing in the tradition he had founded, although an occasional da capo aria found its way into the French opera. 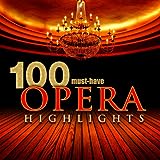