Game shows are what entertain us when gathered together by a group of friends or family. They are what keep us company when we’re alone. Some of them make us laugh and some make us feel smarter by challenging our minds. Through the years game shows have always been there. Remember games like Password and Win, Lose or Draw? Whatever happened to those shows? Lots of shows come and a lot of them go. And some of them stick around and manage to keep going. Here are a few of those shows that have lasted since the 60’s & 70’s.

Description: 2 families consisting of 5 members go against an opposing family. The host of the show gives asks each member the same question; questions that have been posed to 100 random. It is the contestant’s job to answer with one of the top given answers. The show is riddled with witty comments and often lively contestants that love to come in with matching ensembles. Though it has been cancelled throughout the years it is still a show that is well liked amongst audiences young and old. The winning family walks away with a cash prize.

Family Feud Tidbit: It has been said that the current host, Steve Harvey, kept the show going and has possibly saved the show from another execution.

Running time: 37 years; Has different hosts for different cities it airs in.

Description: It is a high school quiz program that is very popular in the academic world carrying as much thunder as football would be in the arena of sports. Schools come in to support their representing teams. They often are seen with painted faces and school cheerleaders come to give a shout out in support to the teams. It’s a points building game consisting of question and answers. Each contest is made up of 5 rounds. Wrong answers are not deducted in the first round but with each round following missed questions result in points lost. Scholarships go to schools of winning teams.

Description: This game is reminiscent of Hangman. 3 contestants stand before a large Russian Roulette-like wheel labeled with a variety of winning possibilities in prizes, money and bonuses. The wheel also contains the dreaded Lose-A-Turn and Bankruptcy labels contestants try to steer clear from. A large group of blank squares are aligned facing the contestants and the studio audience. On their opposing sides, the blank squares contain a letter that is a part of a word or a group of words that complete a phrase. As long as the contestant doesn’t land on Lose-A-Turn upon spinning the wheel, they are given a chance to call out a letter that may be in the phrase. If the letters are contained in the themed phrase they are lit and the hostess turns it around to show its placement in the phrase. It is then up to the contestant to guess what the answer is no matter how limiting the letters in the phrase are.

At the end of the last round, the winner gets the opportunity to win prizes of money, cars and extravagant trips that they choose by selecting from cards labeled W-H-E-E-L. The segment starts off with RSTLN and a vowel of E; a standard that did not exist until 1988. The contestant then has to name aloud 3 more consonants and another vowel. They are given the theme that corresponds with the word or phrase in which they have 10 seconds to solve.

Description: Here’s a family favorite for sure. The show is based on the contestants bidding on different prizes. Winning bids win contestants prizes that they are vying for as well as pushing them on to the next level of the show. From the start of the show 4 contestants are set before the stage standing behind screens of their own that glow the bidding price they have called out for items that are shown on the main stage. The winner comes up on stage and gets the opportunity to play a game to win another prize. Fun games of the show include the beloved Plinko and Cliff Hangers, Clock Game and many, many more. 2 more rounds of different games are played producing 2 more contestants to play in the Showcase Showdown which entails the 3 winning contestants and the spinning of the Big Wheel. The big wheel is labeled with a number of pricings. Whoever scores the highest during this round is eligible to move on to the ending game of the show called the Showcase. A second segment of the game is played to produce a second winner for the Showcase. During the Showcase the two winners are given and opportunity to select the prizes shown before them. If they so choose, they can either keep what they see or pass it to the other contestant and choose from another group of prizes. Both contestants then are given opportunities to bid on their prizes. The contestant that comes the closes in their bidding wins. A twist to the show can occur, where a contestant can actually win both sets of prizes.

Description: This game resembles a human tick toe board and the premise of the game is about the same. A 3x3 largely constructed squared structure is set on a stage containing a desk and chair in each square. The idea of the show is for a celebrity to occupy each square while facing two contestants. A host, also known as a Square Master, asks the star a question. The celebrity either gives a true statement or something made up. It is then up to the contestants to decide if the answer given is a fib or factual. Often answers given from the celebrities are off the wall and laughter inducing. If the player was correct in their answer, they got the square. Depending on which mark the player was, an X or an O would mark the square. If the player was wrong the square goes to the opposing team. The contestant that had their mark left in a row going diagonal, horizontal or vertical won the game. The show’s spinoff is currently on the air on MTV, under the name of Hip Hop Squares. The premise is basically still the same only with a more urban flavor. Guests are now mainly rap stars, comedians and athletes. Gifts and prizes are awarded to the winning contestant.

Hollywood Squares Tidbit: The jokes are provided by the writers. Celebrities are prepared with the subjects and bluff answers but not the actual questions.

Description: Married couples are teamed up to answer questions from the host on a variet of marital subjects in order to see how well each spouse knws on another. Questions on “Whoopee” always get the audience going which back in the day was a lot more taboo than by today’s standards. Winnings were a second honeymoon for the winning couples.

Description: The host asks the first player to select from a pick of 6 topics and their corresponding 5 clues. Giving the players a choice of 30 clues to select from. The harder the question, the more money the player can be prized with if answered correctly. Players are given the answers of a particular topic that is selected by the contestant themselves. The niche of the show is that the contestant’s job is to give the correct answer to the clue in the form of a question. 3 rounds are played between 3 contestants; Jeopardy, Double Jeopardy and Final Jeopardy. Contestant with the most winnings at the end of the show is the winner and keeps their winnings. Winners return the following week as the champion. Non-winners receive runner up prizes. $2000 for 2nd place and $1000 for 3rd place.

Description: This fun show thrives on its schtick of contestants dressed in wacky costumes ranging from a banana peel to the statue of liberty. The host selects at random person from the audience which gives the contestants all the more reason to stand out in their most outrageous get-ups. Once selected the contestants are given opportunities to win prizes that have been offered to them. At times the object they are competing for is hidden from the one they are visibly shown or vice versa. The tension builder of the show is when the contestant is forced to make a decision on whether or not to trade in what they see before them for another possible better prize that they have no idea if it’s better or not. Whatever they choose they keep or in some cases are stuck with. Game prizes consist of trips, electronics, furniture and cars.

Let’s Make A Deal Tidbit: The show initially started out with contestants wearing normal suits and dresses. Contestants then began bringing in signs and hats; catching the host’s attention. Soon signs became costumes and it has been that way with the continuance of the show.

Description: Sabado Gigante is Univision’s longest running variety show in the world. It’s a combo of various contests, contestant interactions and live entertainment. It has had one host during the entirety of the show, Mario Kreutzberger. He is better known to his fans as Don Francisco. The show is composed of several games. A few are:

An abundance of other comedic skits and contests are the reason why this show has stuck around for so long.

Sabado Gigante Tidbit: It is currently one of only 3 remaining first-run primetime programs airing on Saturday nights on any of the American broadcast television networks. The other two are COPS and 48 Hours.

Just when you thought most of these were classics and done with, the success of these shows are still going on strong. Though most of these shows have had minor moments of interruption in their broadcasting they still manage to come back and continue to provide audiences with hours of entertainment. Who knows, maybe one of your faves will come back and keep their place in the spotlight.

Which Show is Your Fave? 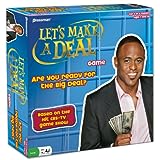