Gig Bags and Beyond 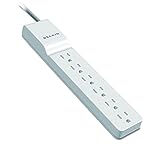 What your band needs to bring to every show

So, you have a gig and are ready to hit the road. Are you sure you have everything you need? In any live production, the rule to live by is something will go wrong and whatever it is will be something you thought could never possibly happen.

Whatever "it" is will happen and you will need to fix it or at least have an amazing back up plan. Otherwise, your whole set could be blown, you could be dropped from that venue forever, and lose some important fans. The saddest part of all of that is, you may have been just fine if you would've spent a few minutes making sure you had enough essentials to cover just about every problem imaginable.

From my experience these have been some of the most important, yet least remembered items:

I'm sure you'll have a million other things you'll need for your show to make it worth the cover charge/ticket price people are going to pay. So, set a band meeting to get started on your own gig list and make sure you have it all together, you never know when a last minute opportunity might present itself and you just might be happy that you were well prepared.