Ingrid Michaelson is taking the music world by storm with her album "Lights Out."

The album, released April 15, 2014 contains the throwback sounds of the song "Girls Chase Boys." If you close your eyes you may feel that you've been transported back the 80's heyday where groups like Bananarama and Bow Wow Wow delighted us with catchy and singable tunes.

While on the surface it appears to just be a break up song, Michaelson may have also taken a fun pop song and sent a delightful and deeper message with her Robert Palmer tribute video.

Who Is Ingrid Michaelson?

Ingrid Michaelson is a New York native who has slowly been making her way into the public consciousness since her song, "The Way I Am" was featured in an Old Navy commercial for sweaters in 2007.

According to an August 2012 article from NPR, Michaelson is the daughter of a sculptor and a composer so the need to express herself through art seems to have come naturally.

She majored in theater in college which no doubt shows her love of performing and performance.

The New York Times notes that some of Michaelson's songs were featured on Grey's Anatomy . In the 2007 article by Devan Sipher, Michaelson indicates that she got her start promoting her songs on the internet in places like MySpace.

While trying to make her break in music, she waited tables and taught in an after-school theater program.

While her rise has been slow and steady, it is likely that her "Boys Chase Girls" song may just be the big break she needs to count herself among the well-established pop singers of the day. 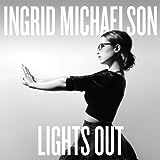 Michaelson starts her video very much like Robert Palmer's "Simply Irresistible." but a close examination reveals that those beautiful people behind her with their slicked back hair and perfect lipstick are actually both males and females.

Throughout the video shots of the perfectly tone and fit men and women recreate scenes from Palmer's classic video.

Gone, though is the misogyny and idolization of women. Men and women are equally examined, their bodies glorified and their poses alluring.

But Michaelson's video doesn't appear to be a statement about cross dressing. An examination of the lyrics to the song you'll be singing in your head for the rest of the day, reveals her true and modern message.

Turning the Ideas of Who Should Be Chased On Their Head.

Ingrid Michaelson doesn't just seem to be examining stereotypical gender roles, her song breaks them apart and points out that they are as outdated and trite as we all suspected.

The song starts out noting that breaking up and heart break are decidedly human experiences. And that no matter how much we hurt, we still go on living and being. But she then points out that "girls chase boys" just as often as "boys chase girls."

Boys and girls are all guilty of playing each other, of not calling when they should, but in the end, they will all be "alright" as they move on to chase someone else.

Girls don't need to wait to be chased and boys don't have to pursue. We're all in it together and we're all looking for love.

Why Are the Men Wearing Make-Up?

Besides the obvious parody to the look of the models in Robert Palmer's video, putting the men in makeup, with the same hair, and similar clothes shows the equality of our experience, and emphasizes the fact that we can all chase and be chased, loved and be loved and even admired for our beauty.

The make up and clothes serve as exaggerated equalizers among the genders, examining and redefining what is beautiful, accepted and alluring.

There does seem to also be a bit of gender fluidity among the dancers suggesting a "love who you want to love" kind of attitude that goes beyond traditional boy-girl partners.

The brilliance lies in taking a retro video and concept with a pop tune and creating a deeper statement about love and equality.

Robert Palmer's "Simply Irresistible" video has inspired many parodies and copy cats over the years and some may dismiss Michaelson's video and song as just another of those.

But Michaelson's video seems to be more of a modern response to our 80;'s attitudes about women, women's roles, idolization and love.

In Palmer's song, he is the one chasing; "she's so fine, there's not tellin' where the money went/ she's all mine." Not only does this suggest traditional roles of male magnanimity but it also shows possession. The women all look the same and the idea is they are interchangeable and valued for their looks.

By making everyone look the same in "Girls Chase Boys," Michaelson suggests that not only are we all in the game together but we also all idolize and scrutinize and judge each other.

My bet is that Michaelson and the cast had a lot of fun making this video and song and it's equally fun to watch. Just don't miss the social commentary and depth that accompanies it!

What do you think of "Girls Chase Boys"