Guantanamera – a song of liberty and love

With the poor people of the earth

One of my all-time favourite songs is "Guantanamera" because it is an almost ideal combination of real poetry with a great piece of music. The music is melodically beautiful and rhythmically exciting. It has a really interesting Latin feel, appropriate since it comes from Cuba, home of so much great music.

The music, often erroneously called “traditional” was in fact composed by one Joseíto Fernández (1908 to 1979), who used it on his radio show, improvising comments on daily events in the song, the structure of which lent itself to such a use.

Originally the lyrics written to the music by Fernández referred to a young woman (guajira) from Guantanamo, with whom he either had or wanted to have a relationship. The history is a little vague on this.

What is not vague is that Cuban composer Julián Orbón (1925 to 1991), who studied under Aaron Copeland at Tanglewood in 1946, adapted words from the first poem, "Yo soy un hombre sincero", in the 1899 collection Versos Sencillos by famed Cuban poet José Julián Martí Pérez (usually known simply as José Martí) into the song.

It was these words which captured the ear of Pete Seeger who, with his group the Weavers, turned the song into a world-wide hit. 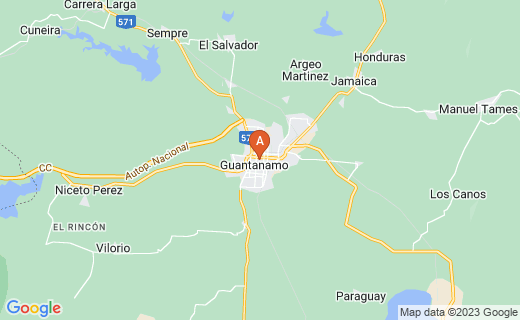 The song refers to a young woman from Guantanamo, Cuba.

The words of the chorus, "Guantanamera, guajira, Guantanamera", were written by Herminio "El Diablo" García Wilson, who is also often credited with the whole song. In fact a case was brought to the Supreme Court of Cuba to challenge the attribution of the song to Fernández, but the Court in 1993 found in favour of Fernández rather than García. The story of García's involvement with the song is that he was on a street corner with some friends when he made a pass at an attractive young woman walking past, who happened to be from Guantánamo. The woman reacted angrily and García, in the face of some ribbing from his mates, could not get the woman off his mind. He sat down at a piano later and wrote the melody and words of the chorus.

I am a sincere man
From where the palm tree grows
And before dying I want
To share the verses of my soul.

My verse is light green
And it is flaming crimson
My verse is a wounded deer
Who seeks refuge on the mountain (or in the woods).

I cultivate a white rose
In July as in January
For the sincere friend
Who gives me his honest hand.

Final verse of song, as published:

The melody according to songwriter Kenny Grant of the pop group The Songlines, is in the G Myxolydian mode, which is similar to the G Major scale, but with the seventh note lowered by a semitone, i.e. from F sharp to F natural.

The rhythm of the song is a popular Cuban rhythm called the "guajira", which has added to the many ambiguities of the song. Song people believe that the chorus refers to a guajira from Guantánamo.

Marti himself is also an ambiguous figure, being claimed by both the Cuban right wing and the communists as their champion. For me, I see him as maybe not a communist but also definitely not right wing - he identifies so much "With the poor people of the earth" ("Con los pobres de la tierra") which is not a position usually associated with the right.

I particularly love the lines "I do not cultivate nettles nor thistles / I cultivate a white rose" ("Cardo ni ortiga cultivo / Cultivo la rosa blanca") and perhaps in them we can see where his sympathies lie, neither with right nor left but for the people.

Maybe the following quote exemplifies his position and his greatness: "We are free, but not to be evil, not to be indifferent to human suffering, not to profit from the people, from the work created and sustained through their spirit of political association, while refusing to contribute to the political state that we profit from. We must say no once more. Man is not free to watch impassively the enslavement and dishonour of men, nor their struggles for liberty and honour."