Want the perfect music to add ambience to your next Sabbat feast? Here are my picks of the best - and the worst - Pagan musical artists available today:

The Chieftans - Ireland's most famous band evokes the feelings of village seasonal celebrations in the traditional jigs, reels, and aires that have made the Chieftans so popular for over a quarter of a century. No, the members aren't Pagan, but their stuff is real. (Actually, just about any traditional Irish group is the perfect accompaniment for any Pagan community or coven sabbat feast.)

Sarah Stockwell - If contemporary Pagan folk songs are more your thing, I cannot recommend too highly this alto from the Boston area. Songs on her Dark of Moon album that are sure to please include: "Fashioned in the Clay" and "Breaths." Stockwell's voice is very pleasant to listen to.

Gwydion Pennerdwen - An oldie but goodie, he's the most famous Pagan bard - even though he wrapped his car around a tree more than twenty years ago. His albums are available via the Internet, and include such classics as "Lord of the Dance" and "Spring Strathspey" (my personal favorite).

John Roberts and Tony Barrand - As a personal acquaintance of these two ex-Brits, I can tell you that, although they themselves are not Pagan, they are well aware of their popularity within our community. Their albums, available via Front Hall Records, are chock full of traditional English songs, and a couple albums, To Welcome in the Spring and Dark Ships in the Forest are, as the titles suggest, very Pagan. Also check out their Nowell Sing We Clear series for Yule!

The Revels - Their two albums of traditional spring, summer, and fall music, Seasons For Singing and Wild Mountain Thyme stay next to my CD player from March through November. The Revels have also produced six or seven winter solstice albums featuring midwinter songs from a variety of cultures and times including medieval and renaissance England, 17th-century Ireland, Russia, Scandinavia, and 19th-century America - complete with traditional musicians from the countries being featured.

Kenny and Tziporah - If any of their albums are still around, they should be burnt. Actually, no they shouldn't - the EPA would consider it a toxic waste violation I'm sure! Kenny sings through his nose and Tziporah sings...generally badly. If you see their stuff anywhere, run!

Kiva - It surpasses my understanding why this band (or at least its founder) continues to be nominated for Wammie Awards (Washington DC's local version of the Grammy's) because there's nothing enjoyable about listening to someone endlessly caterwaul "ooh, ooh, Goddess, Goddess" song after song.

Lady Isadora and Lord Pan - I have no idea why anyone ever told these two that a) they could sing and b) the rest of the Pagan community had any interest whatsoever in listening to their original material. It might have been cute when I was 13, but I find it all condescending and poorly performed. Some of their stuff might still be available on the Internet. I hope not.

Jack Montgomery - His first album, Road to Avalon seemed promising, based on the title. Too bad he sounds like a poor man's Gordon Lightfoot. I kept expecting him to break into a terrible rendition of "The Wreck of the Edmund Fitzgerald." Wait, weren't all renditions of that endless song terrible?

You'll notice that the majority of the best Pagan music is not being performed and recorded by Pagans, nor is the music Pagan-specific. Right now, it seems, Pagan original music is going through a "terrible" phase. My friend who's also a history teacher assures me that this is normal - apparently the Christians had mostly terrible music for the first two centuries of their existence, bad enough to be commented upon by outsiders.

However, this means we only have about 150 more years to go before the good stuff! 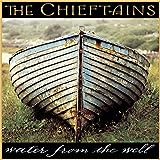 Water From The Well
Buy Now