Born Rose Louise Hovick, in 1911 in Seattle, Washington; Gypsy Rose Lee would rise from obscurity to become a vaudeville performer, stripper, actress, writer, and finally a world famous personality. She was more of a teaser than a stripper, as many would say about her.

I have watched the film more times than I can count, the first with Natalie Wood, and the second with Cynthia Gibb, in the role of Gypsy Rose Lee.

I have read in my research numerous accounts, and yet one seems to be in dispute all over the place. Her date of birth is listed alternately as February 9 and January 8 of 1911. This is not all that ironic, as her Mother Rose would change her birth date to suit her own schemes, even shaving three years off of her children's ages to keep them working.

After years on the road, and Vaudeville all but dead, Louise Hovick took to the stage as the stripper Gypsy Rose Lee at the tender age of fifteen. Unlike the play and the movie, she was not dressed in a borrowed evening gown, but a grass skirt.

She listened to her mother who said "Leave 'em begging for more, and then don't give it to them!"

Rising to the top of her game Gypsy married three times, and gave birth to a son by Otto Preminger (not one of her husbands). She educated herself finally, although she never became adept at math. Gypsy Rose Lee would be the Toast of High Society, in spite of her upbringing.

Ellen Evangeline Hovick was born in 1913 or 1916, depending on which biography you follow. The actual date of November 8 and birthplace of Vancouver, British Columbia seems agreed upon by all.

Billed as Baby June, she was on the stage from the age of two (or five, or negative one) and the act was earning $1500. per week. If this is to be believed, then the act would have hit the vaudeville stage between 1915, and 1918. I can't imagine growing up not knowing your birthday or how old you were. These were non-issues to their mother. She wanted her children to be stars.

Neither Rose nor June had any formal education whatsoever.

June married a boy from the chorus when she was twelve, thirteen (or sixteen) and went into the marathon dance circuit. According to reports she set a record, 3600 hours, with eleven minute breaks every hour, in 1933. She gave birth to a daughter she named April Reed, who later became the actress April Kent. She wrote a Broadway Musical about her early life (based on Early Havoc) entitled Marathon 33. It only lasted 48 weeks on Broadway. That is not a bad run, just no Gypsy, which has been revived over and over..

Now here is a character any mother could love, just not so much her children. Portrayed in Gypsy as the ultimate stage mother, she was that and so much more. Among family accounts are these, when June got married, Rose had the boy arrested then went down to the police station and attempted to shoot him. The safety was still on, the boy was released.

According to her sister Belle, she blackmailed, or begged her daughters for money and gifts, often showing up to visit dressed in ragged clothing and claiming to be poor. In the meantime she was running a Lesbian boarding house, and Gypsy had rented her a farm.

In one of his biographies of the family he grew up in grandson Erik Lee Preminger alleges that Rose actually shot and killed a guest for making a pass at Gypsy, also alleging the person shot was Rose's lover. Obviously, with the internet and research, again, more than one story. In some accounts it is a boarding house guest, in others the guest is decidedly a male and a guest at a party.

Rose Hovick died of colon cancer in 1954. Her final words to Gypsy, "Wherever you go I'll be right there... When you get your own personal kick in the a**, just remember, it's a present from me to you."

With their mother dead, Gypsy rose Lee finally penned her memoir, Gypsy. What she never would have let public while her mother was alive came out now. She had already penned two mysteries, The G-String Murders, published in 1941 and Mother Finds a Body, in 1942. The first was made into a Hollywood movie, with Barbara Stanwyck, called Lady of Burlesque.

Hollywood and Broadway were ripe for a story like Gypsy. offered $200,000, she refused and asked for $4000 and a percentage of the gross, figuring this would support her for the rest of her life.

Of the memoir, the only hitch was that she tried to keep it light, telling June that "Without my wit, Mother is just another corny song with a boring lyric. June opposed other parts of the story, so that the Musical was officially titled "Gypsy- A Musical Fable".

June Havoc went on to write her own memoir "Early Havoc" and a second "More Havoc" to tell her side of the story and portrayed their mother in a much harsher, if more accurate, light.

Gypsy Rose Lee was diagnosed with lung cancer in 1969, and died in 1970, reconciling with her sister during her illness she called it "My present, from Momma."

The musical Gypsy was loosely adapted from Gypsy Rose Lee's book, but in spite of the title, the musical is really about Rose as seen through the eyes of her children and all those around her. She cannot see herself the way others do. She has decided she wants better for her kids than the way she grew up. Even if it kills them, she will be sure that they get it.

The Broadway Musical was written as a vehicle for Ethyl Merman. In the title role as Madame Rose.

In the beginning she and her children are on tour with boys who's families are duped by Rose into thinking she will give them an education. When the act falls on hard times she returns to her father's house for a loan to get the act going again. One of my favorite songs is "Some People" in which she tells him that his kind of life is peachy for some people, by not her, and not her kids. At this point I truly love the character, as who does not want something better for their kids? It is not until the final act we find out what she did it for, she finally admits it in "Rose's Turn"

After the Musical Came Out

Apparently in spite of June's dismay at her sister's account of their early life, the Musical was good for both of them. June and Gypsy both appeared on "What's My Line" and had to disguise their voices before the blindfolded panel, in hopes their identity could be kept a secret.

After reading so many accounts of the rift between them, their laughter here is refreshing. I think there may have been less animosity between the sisters than the accounts would have us believe.

It is, however, understandable, in that the end of the musical had a reconciliation between Gypsy and her mother that did not happen. In later productions this happy ending has changed, and Rose walks away alone.

June havoc appeared in films and television roles, and attempted a revival of her play Marathon 33, finally retiring from the public eye in 1990, 20 years after her sister's death.

Where are they now

According to Google's Oldest Living Celebrities List dated January 1st of 2010, June Havoc reportedly passed away on March 29, 2010 at the age of 97. She outlived her own daughter, who did not live to see the 21st century.

Erik Lee Preminger apparently still living in California, and his book, "My G-String Mother: At Home and Backstage with Gypsy Rose Lee", is being made into a TV movie with Sigourney Weaver in the title role.

Gotta Get a Gimmick 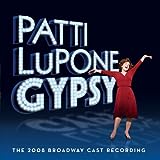