"Hello and good evening to all our listeners. You're tuned into Radio 2 at the BBC, 'The station that greases the wheels of music' twenty-four hours a day. I'm ‘Whispering’ Bob Harris and tonight our special guest is guitar legend and prospective 2012 Presidential candidate Mr Ted Nugent."

"Invariably known as 'The Nuge!', the highly acclaimed 'Motor City Madman', 'Uncle Ted', the Heavy Metal Duke of Rock n' Roll. A John Wayne on guitar and the only man who could introduce the verb "to Nagasaki" into the English language. With over 30 million album sales to his name and here to take your calls and answer any of your questions."

"Welcome to the show Ted"

Ted: "Sorry can you say that again, I'm kinda deaf in the left ear."

Ted: "Woah!! You ain't gonna get me sitting on the left good buddy, you know that. Hell! I ain't never gonna even sit on the fence unless it gets me a better aim."

Bob: "It's fair to say that you are a many of many parts. Guitar hero, singer, conservative, conservationist, hunter, marksman, law-enforcer, celebrity carnivore, environmentalist, right-wing political think-tank and all-round larger than life legend."

Ted: "Hey Bob! Don't hold back on my account"

Ted: "You can say that again and not because I'm half-deaf. But by the way I like that 'think-tank' idea. Call me right-wing, call me conservative if ya want. But yeah! I'm a Sherman think-tank, heavy armour, fully loaded and on a Blitzkreig across the fields of apathy on the wasteland of America's consciousness."

Bob: "And we're certainly honoured to have you here tonight"

Ted: "No problem, Bob you old degenerate maggot, sure glad to be here"

Bob: "Glad to have you here. Still going strong after all these years with your last album 'Love Grenade' in 2007"

Bob: "You took some flak on the album cover"

Ted: "No problem, ma skin's made of kevlar. Ain't gonna worry me"

Bob: "But it was quite controversial with that depiction of a bound woman with a grenade in her mouth served up on a platter"

Ted: "Yeah! Them vegetarian-feminists had a hair up their ass over that. But they don't know rock n' roll and ah'm a rockin-roller. Have been all my life. It's just excess and I'm the excessor supreme."

Bob: "Yes, and you're music career stretches way back to the 1960s when you were with the Amboy Dukes, a psychedelic band ironically given your abstinence from drink and drugs. Did you know that their song 'Journey to the Centre of the Mind' was about LSD?"

Bob: "I understand Ted, but it was a long time ago and right in the middle of the Vietnam War?"

Ted: "Right! Hold it there Bob before you ask. No! I didn't shit ma pants to avoid the draft. And while we're on the subject just because I said I'd piss on a black man's grave don't make me no kinda racist either."

Ted: "Damn right and his good ol' Irish momma and me is OK about that. I got the spirits of Jimi Hendrix and Bo Diddley coursing through ma fingers and ma veins and I hope I'm still rockin as long as Chuck Berry. So nobody call me no racist goddam it. I'm a Motor City man, I'm a Motown man through and through. I got the wheels and I got the engine and I'm tearing down the freeway with Otis Redding in my ears" 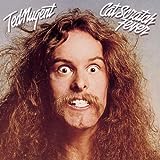 Bob: "Yes indeed. Many people don't actually realise that your an Rn'B man at heart"

Ted: "You said it man. None a' that Beyonce jive though. Gimme some James Brown anytime but don't expect me to get on my knees for nobody. Not at my age anyhow dude. Gimme some Mitch Ryder and the Detroit Wheels and you gotta happy man before ya."

Bob: "You did become known as the 'Madman of Rock' after you went solo."

Ted: "Crazy man, my guitar was meltin and my penis was on fire. Met a lotta crazy chicks."

Bob: "And great songs like 'Stranglehold', 'Free For All', 'Wango Tango' and of course the classic 'Cat Scratch Fever'

Ted: "Ain't that a riff, don't that hit the spot every time. Ritchie Blackmore, Tony Iommi, Angus Young, Eddie Van Halen? God bless you guys cos you're my brothers in music but I beat the lotta ya on that one. I'm a killer on guitar an' I'll torture that beast and make it scream"

Bob: Let's discuss some politics since you announced you might run for the Oval Office if Obama gets back in, or else ending up in jail as you most notoriously said. I'm interested in your foreign policy views, they’ve raised not a few eyebrows haven't they.

Ted: "ANYWHERE!! I don't care, just spin the globe and point your finger, so long as we bring back the draft and get those dope-head punks off the streets and into uniform. Then send 'em out inta the wilds huntin' and killin' those furry critters and wrestling some grizzlies. Give 'em the taste of blood, probably their own, then ship 'em overseas."

Bob: "Certainly radical if not revolutionary."

Ted: "Damn right, it's about time we had another war, Time to get the show interesting again, boost morale and boost the economy as this Iraq business is getting tedious, HELL! it ain't even making the '6 O'Clock' News no more. All it's good for is pumpin' that oil and shippin' it over here cos we gotta keep that rubber burnin' on the freeways, gotta keep those Harleys on the road, real good all true-blue American motorbikes fuelled by our blood-brothers on the frontline."

Ted: "Absolutely! And what about all that sand they got over there, loads of it lyin' around doin nuthin. Bring it over here, then we can make tons of glass, cement an' stuff, maybe build more beaches in California and keep the roads in Alaska open all year round.

How about we make more of them little egg-timer things for the folks, so's they ain't gonna overcook their beefsteaks at the Bar-B-Q after a hard days a-huntin' and a-killin'"

Bob: "Food for thought Ted, But what's your opinion on the economy, on the Credit-Crunch. Particularly the fiscal situation with the banking sector loans causing the crisis in the Mid-West housing market. What would you say to people who are worried about losing their homes?"

Bob: "Succinctly put Ted, good to hear a straight talking political viewpoint for a change. But surely you've got your compassionate side, like what's your message to the children of the USA?"

Ted: "I can sum it up in one word, Education, you gotta have a good solid education. We gotta teach our children you know, we gotta teach 'em huntin' and killin', get them into the backwoods so they can stand on their own two feet and appreciate they can't take life for granted. Also keeps them outa trouble at school, stop killin' each other cos my campaign slogan on Education, as you know, is 'Shoot Creatures - not Teachers'. So! kids don't open fire at school, unless some dude's shootin' at you first"

Bob: "And what about the growing obesity problem among the children of the USA?"

Ted: "Send 'em bubblebutts out inta the woods too, catch their own food, work off that fat by huntin' and killin' and eating good wholesome meat, none a' that processed junk. I'm on a personal Jihad against bad health and blubber meat my friends"

Bob: "You're a passionate proponent of the hunting lifestyle"

Ted: "Hell yeah! Until you've ate squirrel over open coals ya ain't never lived. It's a sacred gift straight from Mother Earth. I love squirrel and when I stick em with my bow and arrow I got a good old American spit roast ready to hang over the fire. We eat squirrel burgers round the campfire and any left over we got squirrel sandwiches for the folks to take on the drive home."

Bob: "I must admit I've never ate squirrel. It's not something you find much in the local Tesco"

Ted: "Well Bob! Get out into those woods and shoot the little furry critters. But do it with reverence man, do it with love and don't shoot them in their holes cos that ain't no sport. Talk about canned hunting? That's sure taking it to the limit. You can never get enough squirrel down ya. And I don't care what those sub-chimpanzee anti-fur liberal maggots say"

Bob: "Have you ever ate chimpanzee?"

Ted: "Jeez no, I ain't into any endangered species dude. Gimme some venison or wild boar meat. Gimme the gift of life and plenty a' squirrel as an hor'd'oeuvres"

Ted: "Mmm yes. Hor' d'oeurves, how about a French menu then?"

Ted: "Haa harr! Get outa here! You're a crazy English dude man. I like you"

Bob: "Let's get back to the music Ted, because as I said you're still going strong at sixty. No free bus pass for you"

Ted: "Ya gotta be kiddin. I pay ma own way in this life. And nobody ain't gonna give up their seat for Uncle Ted Nugent cos I can stand on my own two feet. I'm still live an' kicking and guitar-licking. Ah don't need no goddam pussy welfare handout from the Fedzilla monster"

Bob: "You have new concerts coming up in the USA with over fifty dates on your 'Trample the Weak, Hurdle the Dead' tour."

Ted: "You got it Bob. Get in the asset column. Survival of the fittest if you come to my gigs. Natural selection or a spiritual erection man, they gotta decide cos I ain't taking no prisoners. It's every man for himself and every woman save themselves cos when I get going the crowd get going."

Bob: "And who's going to be eating the muzzle of your machine gun onstage this time"

Ted: "Har Har! Nice one Bob. I guess whoever pisses me off at the time. What's that guy at BP called?"

Ted: "Well I'd like to shoot his sorry ass then he'll know all about plugging holes goddamit!" 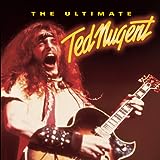