Just Where is Downton Abbey Filmed?

Downton Abbey has been a hit on both sides of the Atlantic. Since it was first shown on British television back in September 2010 the show has gained huge audiences, won awards and even found its way into the Guinness Book of World Records. The show's success rests not only on its fine cast, excellent writing and lavish costumes, but also upon its magnificent backdrop: Downton Abbey itself.

In the series, Downton Abbey is located in the North Riding of Yorkshire. Fans may be disappointed to learn that you cannot find Downton Abbey anywhere in Yorkshire. Don't be disheartened though; Downton Abbey really does exist, just far away from its fictional location. Further south, in Hampshire, is Highclere Castle, the real Downton Abbey.

The present house at Highclere was largely remodelled in the mid nineteenth century, but the site had been occupied by important buildings to before the time of the Conquest, after which it was mentioned in the Domesday Book. The original owners, the Bishops of Winchester, sold the estate and by the late seventeenth century it was in the hands of the Herbert family. George III raised Henry Herbert, a politician, to the peerage in 1780, creating him Baron Porchester and then granted him the title of Earl of Carnarvon in 1793.

The Carnarvon family still own Highclere Castle. George Herbert, 8th Earl of Carnarvon, now lives in the Castle with his wife Fiona. The Carnarvons are no doubt delighted with the success of Downton Abbey and the part their home has played in its success. The cost of maintaining their massive mansion is enormous and there were reports a few years ago that they faced financial ruin. Around 50 of the Castle's rooms remain unusable and rain seeps through the roof.

There have been plans to sell off parts of the estate for development, which has met with anger from local residents. Andrew Lloyd-Webber, a near neighbour of the Carnarvons, was so dismayed that he offered to buy Highclere Castle outright. His offer has not been accepted.

However, perhaps with determination and clever marketing, together with the attention of an army of Downton Abbey fans, the Carnarvons may just save Highclere Castle for future generations.

Julian Fellowes, the main writer of Downton Abbey, is a long time friend of the Carnarvons. Casting Highclere Castle as Downton Abbey wasn't an afterthought on his part, he actually wrote the screenplay with Highclere Castle in mind. He felt that the splendour of Highclere spoke of the confidence that he wanted his Edwardian family, the Crawleys, to exude.

In fact, this wasn't the first time that Fellowes had wanted Highclere to have a part in one of his period dramas; he would have like Gosford Park to have been filmed at Highclere too (in the event, Gosford Park was filmed at Wrotham Park in Herfordshire).

Highclere Castle doesn't just provide the exterior shots for Downton Abbey; many of the interior scenes were filmed at the Castle too. One area you won't find at Highclere Castle are the servants' living quarters. These were constructed at Ealing Studios. You also won't recognise the local area around Highclere, since many outdoor scenes in the series were filmed in Oxfordshire. 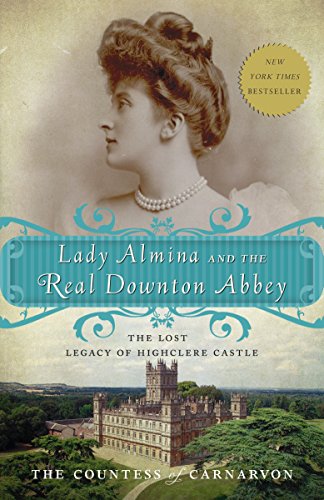 The present Lady Carnarvon, the 8th Countess, has recently researched her predecessor Lady Almina, the 5th Countess and produced a book about this remarkable lady. Almina was the illegitimate daughter of Albert de Rothschild, but was able to marry into the aristocracy thanks to a staggeringly huge dowry. Despite her wealth and privilege Lady Almina rose to the challenge of World War One by turning Highclere Castle into a hospital and helping nurse returning troops back to health. This aspect of her story is echoed in Downton Abbey's convalescent home of series two.

So far, Downton Abbey has not recreated the life of Lady Almina's husband, the 5th Earl. He was fascinated by Egypt and financed Howard Carter's expedition to find Tutankhamun's tomb. The Earl was on hand when the tomb was opened in 1922 and died the following year, allegedly due to the "Mummy's Curse". His own tomb is set on the side of Beacon Hill, overlooking Highclere Castle. 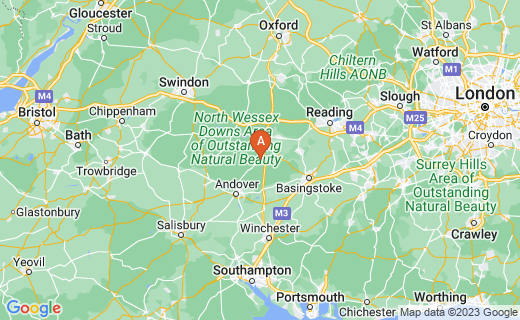 Highclere Castle is privately owned, but opens its doors to the public during the Easter and Summer holidays, Bank Holidays and occasionally for special events. Guided tours take in the State rooms, some of the bedrooms, the Gallery and Saloon. There is an Egyptian Exhibition, as a nod to the 5th Earl, in the Castle cellars. Outside visitors can explore the parkland and trails through the woods. There are also tearooms for refreshments.

The Castle is available for weddings (prices start at around £10,000), corporate events and group tours.