Since the 1910s numerous scandals and tragedies have been center stage, along with movie premiers and success stories. Scandals and tragedies such as the Fatty Arbuckle trial, William Desmond Taylor murder and the Marilyn Monroe suicide are one thing, but the horrific suicide of Lou Tellegen takes the cake as far as gruesome death scenes go. Making this possibly the most tragic Hollywood story of all.

Lou Tellegen was born in 1881, and became a stage actor who played opposite Sarah Bernhardt, who is still considered the ultimate as far as female actresses of the stage. She was a highly respected dramatic stage icon since the 1860s. Lou was so smitten with Bernhardt that he proposed to her on more than one occasion. Sarah who was 37 years his senior was not an easy lady to persuade to the alter, and after being rejected by Sarah, Lou married Countess Jeanne de Brockere, and they had a daughter in 1909.

Lou made the transition from the stage to the screen, becoming a popular actor of silent movies. Lou continued to make stage appearances, such as in The Picture of Dorian Gray in 1913, which was such a huge success that it led to numerous films with Lou receiving top billing. He was now considered one of the most handsome men on the screen, and after his divorce from the Countess, he married Geraldine Farrar a well known and respected opera singer who also became a silent movie actress. They divorced in 1920 due to both partners having difficulty coping with the others career. He married Nina Romano in 1923, and his career soared through the 20s with success after success. 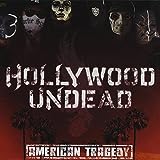 Tellegen's third marriage came to an end and he began drinking more than usual.

Lou had been successful on the stage and screen since the early 1900s, and it all came crashing down when in 1929 Lou fell asleep with a cigarette in his mouth and his face was badly burned. He had some plastic surgery in an attempt to improve the scars, but Lou was never the same.

During this time he also felt like he was losing his mind, and obsessed over it.Often asking friends and film crew if they noticed anything different about him.

Lou married for the fourth time, and divorced after just two years. He was in serious debt, his career had faded, and he was now aged and scarred, causing a serious identity crisis for a former matinee idol. Lou was in a serious depression that he could not shake, and was invited to stay at Mrs. Cudahy's mansion and recover from his loses, and illness. She was a wealthy widow with a kind heart.

On October 29, 1934 Lou refused breakfast and the concerned maid went to his room to ask how he was feeling. She heard a weak voice respond and she called the butler who opened the door where they saw Lou on the floor, and obviously hurt.

Lou had stood in front of a full-length mirror and stabbed himself in the heart area seven times with a small pair of scissors. How he managed to repeatedly stab himself and two of the small stabs actually penetrated his heart mystified police. He must have been in such a desperate frame of mind.

Lou Tellegen at the Height of His Career with Geraldine Farrar