How to Choose a Title for Your Album

Choosing a title for your album isn't really all that difficult, and there aren't any solid ground rules for doing so, but there are a few suggestions which most people tend to use when doing so. I've released several albums over the years and have helped countless people choose titles for their own albums and these are the suggestions I'd personally recommend when naming your new CD. 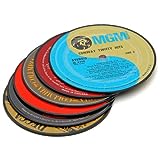 Choose something your fans can relate to.

Don't get all woo-woo out there and choose something so obscure that no one is going to get it; that would make you look very odd, indeed. Unless, of course, this is your goal (and it may well be). You could choose something that's related to your band and where you're from, or something specifically related to your music genre. Or perhaps something related to the public's perception of you -- have you got a nickname they call you by? Did you record your album live in your favorite club?

You don't have to use a song title.

You can certainly choose one of your songs to be the title of your album, but you don't have to. Some people prefer to title it after themselves or their band's name, which is fine, too. Or, some will name it after something entirely random but still relative to the genre. The point is simply that you shouldn't feel limited to the names of the songs on your album.

Use your own song, if you do.

If you do decide to use one of your song titles for the album title, make sure it's an original. Don't go using a famous song written by someone else as your album title. That would make you look very unoriginal and not a little silly. I have seen people do this and it makes them seem very amateurish, as though they couldn't come up with something of their own. Be original.

Be patient and go with your gut.

If one of your song titles really calls to you, go for it and use it. If not, wait for something that does. Whether it's your first or fourteenth album, the finished product is a time capsule; do you want to look back on your time capsule and wonder what the hell you were thinking? No, so take your time and wait for something that feels right. It will come to you, don't worry.

Don't worry about your mom or girlfriend's opinion.

Unless your mom or gf are musicians who have experience naming their own albums, don't get worked up if you run the tentative title past them and they poo poo it. If you have a quick think about half of the famous band and song names out there today, most people would've poo pooed them if they'd been asked in advance -- but once the names are out there, most people quickly accept them.