Are We Not New Wave?: Modern Pop at the Turn of the 1980s (Tracking Pop)
Buy Now

Are you a fan of the music of the 1980s? Have you ever wanted to play music that captures the spirit of this magical era of Reaganonmics and jazzercise? Learn how to create a new wave sound, an essential part of 80s music. In this section, learn how to write new wave songs.

As is true of most musical genres, the majority of new wave songs are in major keys. However, minor keys are used more often in new wave than most other genres; most Depeche Mode songs are actually in minor keys. Key changes aren't very common in new wave, with the exception of Gary Numan; many of his songs contain a number of unexpected key changes. Regardless of key, new wave songs tend to be rather melancholic. One thing from new wave music that is slightly less common is making a major key sound melancholic (as you probably know, this mood is usually created by using a minor key). This is achieved through a number of methods, such as playing descending melodies, using larger intervals to create a more “angsty” sound, and starting a phrase on a minor chord. Examples of this include “Mad World” by Tears for Fears and “Almost” by OMD. If you can master this, you’ve made progress towards creating an new wave vibe.

Also true of most musical genres, the majority of new wave songs are in 4/4 time. Waltz time is sometimes used, appearing in songs such as “In the Flesh” by Blondie, “Dressed in Black” by Depeche Mode, “The Yo Yo Man” by Echo and the Bunnymen, “Man Out of Time” by Elvis Costello and the Attractions, and a number of OMD songs including “Maid of Orleans,” “International,” and “The Avenue.” More unusual time signatures also appear in new wave songs; sections of Devo's “Jocko Homo” are in 7/8.

Many new wave songs feature standard rock/pop chord progressions, such as I-IV-V. Most use only two or three chords, mostly simple major and minor triads. Suspended chords are fairly common in new wave, featured in songs such as “Don't Dream Its Over” by Crowded House, “Every Breath You Take” by the Police, “Secret” by OMD, and “Metropolis” by the Church. However, some harmonic progression are more complicated. “Only You” by Yazoo features a variation of the chord progression from Pachelbel's “Canon in D Major,” something seldom heard in popular music.

Many new wave songs follow the verse-chorus format, but choruses are less common in new wave than most musical genres. Alternative to the verse-chorus form include the AABA form, which experienced a resurgence in the new wave movement, due due the influence of sixties pop music. Examples of AABA, or a variation of it, include “Every Breath You Take” by the Police, “See You” by Depeche Mode, “One Way or Another” by Blondie, “Cynical Girl” by Marshall Crenshaw, and “Our Lips Are Sealed” (both the version by the Go-Go's, and the Fun Boy Three version). Strophic form was used occasionally, as in “Being Boiled” by the Human League and “Cars” by Gary Numan. More unconventional structures can also be found, as in “Jocko Homo” by Devo, which follows an unusual variation of the verse chorus format.

Angular riffs were common in new wave music, used often by bands like Devo and Talking Heads. This is achieved by using larger and unexpected intervals rather than smoother melodic steps. Chromatic riffs appear in songs such as "Down in the Park" by Gary Numan. These riffs are often played between verse, as many new wave songs don't feature a solo. Omitting a solo is an effective means of making a song sound new wave.

While some new wave lyrics focus on more typical themes, new wave is known for songs about unconventional subjects. “Enola Gay” by OMD is about the bombing of Hiroshima. “Whip It” by Devo is based on the rhetoric of a motivation speaker. “I Ran (So Far Away)” by a Flock of Seagulls is about an alien abduction. Most of Gary Numan's songs are about robots. When writing a new wave song, try to write about a topic rarely covered in rock and pop music. If that doesn't interest you, write more introspective songs, which are also common in new wave. Detached observations about the world are also frequently used by new wave songwriters. Also, avoid being too straightforward; new wave lyrics are often impressionistic and full of imagery.

In the next section, learn about musical arrangements.

What songwriting technique is most effective in making a song sound new wave? 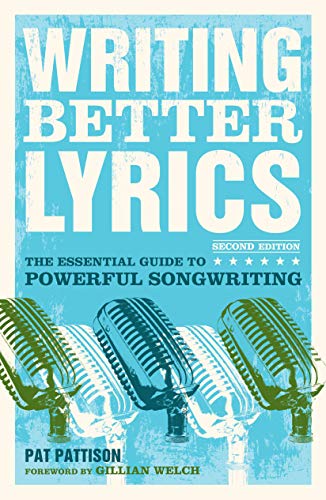