How to ruin the moment

Not knowing it was a moment 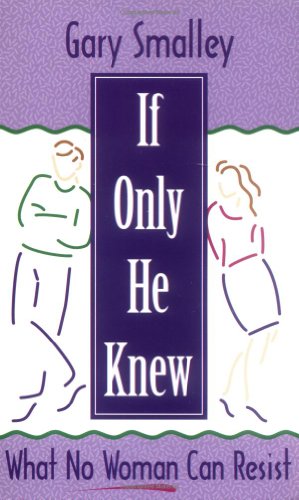 If Only He Knew: What No Woman Can Resist
Buy Now

You and that special someone are having the time of your lives. The sunset looks like something out of a movie as her hair dances in the ocean breeze. The sound of the waves crashing on the beach fills the background as the two of you embrace. You lean in for your first kiss.

As you're leaning in everything is just right, but why did you eat Indian food? Really, just what were you thinking? She’s right there, ready and willing, and at this point, waiting. You clench slightly but it’s too late, the wind circulates what you've released into the air. She blinks hard, and then coughs forcefully. She disagrees with what she's encountered, she shakes her head violently, followed by an Oh my goodness!” Congratulations, you have successfully ruined the moment.

Some of us can ruin the moment without even trying, it just comes natural. Some people always know just what not to say and just the wrong time to say it. Maybe it’s a grandmother or aunt telling a less than flattering story about your childhood to anyone who will listen. Or perhaps its toast that gets a little long winded thanks to alcohol. Moments are ruined every day, some bigger than others.

Recently this poor guy ruined his moment before it ever happened. Hiding a 3,500 dollar engagement ring in the pocket of an old ski jacket, he thought it was the perfect hiding place for the ring until he asked his girlfriend’s father for permission. Somehow forgetting what was in the pocket, the jacket was tossed into a pile of clothes to be donated to the Goodwill. Now this guy knows how to ruin the moment. Hopefully for them someone comes along and returns the ring and maybe one day they will get a good laugh out of it.

Then there's the guy that moved out of the way as the foul ball hit his date. Sitting in the stands with his girlfriend, a foul ball was hit their way. Instead of either trying to catch it or at least shielding his what should be ex-girlfriend from the ball, he ducked out of the way, leaving her unprotected to get hit by the ball.

Their moment was captured by ESPN and made the rounds online for a few weeks, This could have been a nice little moment for them, even if he had been unsuccessful in catching the ball I'm sure she would have appreciated the effort.

Not long ago, I attended a wedding where at the reception, the best man stood up to make the obligatory toast. With his wife at his side he proceeded to tell everyone listening that this was the greatest day of his life, even better than his own wedding. I don’t think he ruined the reception with his toast, but I’m sure his wife’s shoulder was a bit cold for the rest of the evening.

Guys are much more adept at ruining moments. Usually it’s because we don’t know that a moment is happening. Women are by nature more romantic than men, they notice these things. If I come into the kitchen and see lit candles on the table I immediately start to wonder if I paid the electric bill.

Not that I don’t have a romantic side. The other day I stopped at the grocery store and grabbed a few things for dinner. At home, as I walked in the door my wife smiled upon seeing the bouquet of flowers that I presented. As she put them in a vase she told me how beautiful the flowers were and how sweet I was. Ever so modest, I humbly shrugged it off, telling her: Florist special, they were half off! Yeah, I have my moments.

Sometimes a moment is ruined that is out of our control completely. An outside presence that completely destroys any hopes or visions you had of your perfect place in time. A ringing cell phone, roommates, or pets can ruin any moment at anytime. Parents can attest to little ones and their moment ruining potential. Planning and preparation helps, but that doesn't mean things will always go as planned. I guess our moments are what we make of them, in between life’s interruptions.