Review: In a Reverie the Amazing Debut Album by Italian Band Lacuna Coil

Why Is In a Reverie Such a Good Album? Because of the Songwriting

Milan Italy gothic rock and metal band Lacuna Coil got their career off to an amazing start. One of the reasons for this amazing start is their debut album In a Reverie. Released in June 1999, the album features two new members at that time. They are Cristiano Migliore (guitars) and Cristiano Mozzati (drums). In a Reverie is the debut album that followed up the release of the band’s very good mini album called Lacuna Coil. The change of lineup clearly did not affect the quality of the songs as the band got better and hit their peak at around 2001-2002. I guess you could say that all the great heavy metal albums have at least a few songs that are memorable. In a Reverie has quite a few of them. These include Circle, Cold, Veins of Glass, and Falling Again.

The opening song "Circle" has the powerful vocals of female vocalist and front woman Cristina Scabbia. Joining her once again as the other vocalist is Andrea Ferro. Some of you may find his voice annoying however. Stately Lover has some beautiful guitar work in the beginning as it shows the band’s versatility. The song is about someone who is seeking love, yet they crave it so badly that they have become desperate for love. In a Reverie is the album that got me into Lacuna Coil and I fell in love with Scabbia’s powerful and sometimes soothing voice. To this day, I really think she is one of the best heavy metal vocalists in the genre today.

A Photo of Cristina Scabbia Holding a Small Round Bowl

In A Reverie: Analysis of the Song Honeymoon Suite

Favorite Song on In a Reverie

What is Your Favorite Song on In a Reverie?

First Analysis of the Song My Wings

My Wings sees the first time that Andrea Ferro experiments with some growling style vocals. This is not a death metal album so I don’t know why the band included such a part in there.

In a Reverie: the second half and final thoughts

Reverie has some chanting style vocals by Scabbia and it is a good song. The song has a good balance, a good mix of electric and acoustic parts. Veins of Glass starts with some guitar work that may have been influenced by Metallica. Italy as a country has produced some very fine talent for those of you that are willing to give this country the credit that it deserves. Lacuna Coil is one of the several Italian heavy metal bands deserving recognition. The last song on the album called Falling Again is a different version of the song Falling on the 1997 EP. Overall, In a Reverie has powerful vocals, great songwriting, and a good contrast between the electric and acoustic parts. The band would only get better with their 2001 release Unleashed Memories. However, in terms of the overall songwriting, In a Reverie and Unleashed Memories represent the pinnacle of the band's career. Although albums like Karmacode are heavy and good, Lacuna Coil was probably better suited to be just a lighter Gothic rock band. Yes, In a Reverie came out back in 1999, a year where there were other outstanding releases in the metal genre such as Arch Enemy’s Burning Bridges or Children of Bodom’s Hatebreeder album but In a Reverie is an album that would set in motion the greatness of Lacuna Coil. Some of you may even make the case that In a Reverie may be even better than their 2nd studio album Unleashed Memories and I wouldn’t disagree with you on that as both albums are great! Stately Lover is a song that also starts with beautiful guitars as the song develops into another Gothic rocker that is sure to please fans of the genre. The song is a love song for sure as sometimes we feel that we need the other person to try and complete us but in reality, that kind of love comes out of a need for love which will make us feel insecure without that love. Looking back on In a Reverie, there are no filler songs in there and the music works out like a cheesecake that will taste delicious every time that you eat it.

Cast your vote for Lacuna Coil In a Reverie

A map of Milan Italy, the place where Lacuna Coil was founded 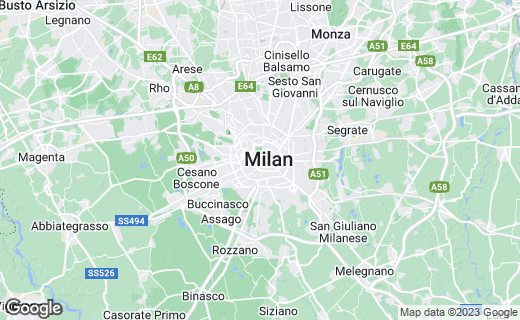