Is Ellen Page Gay or a Hermaphrodite?

Keith Schroeder writes The Wealthy Accountant blog with 30 years experience in the tax field. He is the tax adviser of Mr. Money Mustache an

Ellen Page at a recent conference for LGBT children in Las Vegas admitted she is gay. You can view her touching speech below.

Every so often I am blown away by a movie, and when Netflix sent me Inception, I awarded it a rare 5 stars. When a movie entertains me this well I check on other movies starring the main characters. I was already familiar with Leonardo DiCaprio and added a few more of his movies to my queue. I was also familiar with Joseph Gordon-Levitt (10 Things I Hate About You), Tom Hardy (Star Trek: Nemesis), Tom Berenger (Born on the Fourth of July and Sniper 2), Marion Cotillard (Public Enemies), and Michael Caine (On Deadly Ground) to a lesser extent.

The real surprise was Ellen Page. I never heard of her before and soon discovered I had her on my shelf already (X-Men 3: The Last Stand) and never noticed. Her performance was flawless in Inception and I hoped her taste in other acting roles would also appeal to me. I will not go into each of her movies as this article is not about Ellen Page the Performer, but rather, Ellen Page the Person.

When I googled for Ellen Page movies, Google's drop down list of suggested searches showed "Ellen Page gay" near the top. I passed on the obvious sensationalism, but later returned for a more through search when I noticed some interesting tidbits about Ms. Page that got me thinking she might not be gay, but rather a hermaphrodite, a person with both male and female sex organs.

Into the Forest
Buy Now

There seems to be a consensus online that Ellen Page is gay. Consensus, however, is not fact. Many facts are damning, of course. There is a widely distributed picture of Page holding a sign saying she wears "boys' underwear." In an interview with Marie Claire, Page and Drew Barrymore flirted. Barrymore is reportedly bisexual. Her actions and dress frequently suggest she is gay. Page has neither denied or confirmed her sexual orientation, a calculated career decision where she appeals to gay, bisexual, and heterosexual people.

A lot of material on Ellen Page's sexual preference exist online. I will not add anymore to the subject as I have nothing concrete to add. My real interest extends beyond Page being gay to a deeper issue: Is she a hermaphrodite?

Evidence Ellen Page is a Hermaphrodite

Something wasn't right. I watched a few of Ellen Page's earlier movies and was struck by certain peculiarities. At first her strange quirkiness made me uneasy until I compared her to my youngest daughter when it all fell into place. Let me explain my personal situation so you better understand my position of authority.

My youngest daughter came into this world as a real shock to mom and dad. As I watched the delivery, the first doctor said, " Congratulations, sir. You have a son." The second doctor said, "Look again doctor. She's a girl." After a few moments I mumbled, "My child is both!" The room remained dead quiet afterwards except for the soft sobs of my wife weeping.

Thus began my education into ambiguous genitalia and hermaphroditism. My daughter was not a true hermaphrodite, but had male and female parts. A DNA test revealed she was conceived male and after a few cell divisions the Y chromosome became isolated. The technical term is "X iso Yp". To make a long story short, my daughter is genetically 80% female, with about 20% of her cells containing the XY chromosome and 80% with the XX chromosome.

A medical imperitive, as the doctors called it, forced us to choose the sex our child would live with the rest of her life. The gonads had to go as they were precancerous. The doctors felt she should be female for a variety of reasons. To my analytical mind, 80% genetically female decided the race. In retrospect, it was a decision made under duress and only time will tell if the correct choice was made. There is a special place in hell for parents like me.

There is anecdotal evidence Ellen Page was born a hermaphrodite. Hermaphrodites are short and have a boyish look. Ellen Page is 5 feet tall on a good day on her tippy toes; my daughter is estimated to top out at the same height.

The most important piece of evidence in my mind comes from the movie Juno where Page's character is pregnant and discussing the sex of the child. After stating she doesn't know the sex of her child she makes the flippant remark, "...unless it is a neuter baby." The remark has the feel of being added after the fact as an attempt at humor. The writer or director may have come up with the idea, but it feels like the words came from Page herself. Ellen Page may have watched The Learning Channel or Discover Channel and known about transgender children. But Ellen Page does not strike me as the kind of girl that watches The Learning or Discover Channel. That means she had to pull from personal experience.

Stand Up Submission for Conan

Do you think Ellen Page is...

Ellen Page has not revealed if she is gay, though she almost certainly is. If she is gay, is it because she is a hermaphrodite? My evidence exposes the possibility. It would explain why Page is reluctant to come out. People can be very cruel to gay people and even crueler to people that blur the lines of sex and sexuality. The questions are endless. Is a hermaphrodite gay no matter who they are with? Will only gay and bisexual people find an hermaphrodite an appealing life partner?

There is no doubt Ellen Page is an accomplished actress. Check out the videos in this article and see just how funny she is. Page has taken controversial roles in the past. I would like to see her tackle the difficult role of a hermaphrodite child growing up, falling in love, having children, and the difficulties and prejudices involved. It takes a special man to love such a woman. I think they do exist. I hope they do for my daughter's sake.

Around 1 in 2000 children are born with ambiguous genitalia. It remains a secret because of the shame many involved feel. Hermaphrodites feel and love and care like everyone else. They dream, as you and I do. Most hermaphrodites are sterile. But with modern science, hermaphrodites can have children. If you know someone like my daughter, always be nice. They are the kindest, sweetest people in the world. 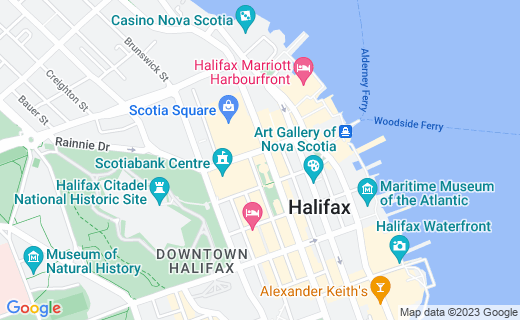