DIDN'T WE ALL JUST GO THROUGH THIS

a few years ago? Twice? First we had Toby McGuire as, you got it, the mild-mannered, pacifist high school student, Peter Parker, loved by all the girls. Hated by the muscular guys who loved to shove ol' Pete around every chance they could. The scene would open with a wide-shot of the camera focusing in on Parker carrying a heavy load of books for some pretty girl student, and lo and behold, a "hallway bully," right on cue, would show-up, knock the load of books from Parker's hands sending him to the floor on his knees while the girl gasped in fear and the bully stood by and laughed. Typical Marvel Comics plot. Typical set-up to get us all to root for weakling Peter Parker as McGuire played this part perfectly. He sold me how weak he was. And didn't want any trouble from the bully who simply ravished the pretty girl student, laughed some more and left to do more damage to more innocent students at Midtown High.

THEN, AS MARVEL COMICS WOULD HAVE IT

the trouble with the bully has settled down. The hallway was once again safe for unescorted girls to walk without fear of being ravished. The scene then opens in the laboratory where Peter Parker is about to demonstrate some science project assignment to get a super grade so he can graduate some sunny day. Then, what a plot twist as a poor innocent spider who was minding its own business crawled down between the gamma ray generator Parker was using in his science demonstration and was saturated with dangerous gamma rays. If things weren't bad enough, the spider for some reason, I guess to "act out," up and bit Parker on the arm sending a hot, flame-like sensation through his 90-pound weakling body. Parker was fine. The girls in the lab wondered if he might be out cold. But as in all hero versus evil plots, Peter Parker stood up and finished out his day at school.

THAT EVENING HE MET, AS HE ALWAYS DID, HIS AUNT MAE

who noticed Peter's pale color and exercised her right as his concerned aunt to ask, "Peter, are you okay, son? You look all pale. Are you coming down with something?" All typical questions in a Marvel Comics story. But good questions. Don't get me wrong. I love good questions. Peter manages to come out of his "funk" long enough to reply, "awww, sure, aunt Mae, just tired. I think I will go to my room and take a nap and then study for my Economics test." Parker laid down the bland answers that he knew would fire-up Aunt Mae's "Aunt Sense," and walked up the stairs. "Dinner's in thirty minutes. Some chicken casserole would do you good, Peter," Aunt Mae, the concerned aunt says. "No thanks, Aunt Mae. I will just rest. It's been a tough day at school." Again, perfect answers from a nephew that has just been bit by a gamma ray-infected spider. Some teens in Marvel Comics have all the luck.

THAT WAS PETER PARKER/SPIDER-MAN BY TOBY MCGUIRE

now we have a brand-new Spider-man and Peter Parker played by Andrew Garfield, who was cast for his athletic-abilities, jumping high into the air, rolling (in a nick of time) out of bullet's way and standing tough against an old enemy of long ago: Rhys Ifans a/k/a The Lizard. Talk about original. Lizards make great foes for Spidey. I guess he has fought and won just about all of the foes that were in the Marvel Comics "foe stable," Sandman; Doctor Octopus to name two. Now that I think of it. It was time for a new foe for Spidey to fight. And what a deadly weapon The Lizard has of its long, sharp tongue and tail that is equally as lethal.

SO FAR THE LATEST SPIDEY FLICK IS RAKING IN BILLIONS

in the United States and abroad. I would go as far as to label it a "block buster" hit. When you have Stan Lee, the "master" of Marvel Comics giving you Spider-Man, The Lizard, Denis Leary and Martin Sheen, and the lovely Emma Stone, well, there's no way to go but up. And it did. By the time receipts are counted from all the movie tickets, collectible toys, books, DVD's, you can count on a fleet of armoured cars to deliver this movie's "take" to some huge bank in New York City pretty soon.

BUT, YOU KNOW WHAT?

I feel disrespected. Left-out. Shunned. Due to the fact that I have been a Spider-Man fan since 1965. I have prided myself on being loyal to Peter Parker no matter who he was fighting or whom was yelling at him. I thought that my loyalty counted for something. Maybe back in my boyhood days, but not now. My dedication to one of America's favorite comic book icon's is not worth a plug nickel. Oh, maybe I could get a $1.35 hat with "Spider-Man" stitched on the top, or maybe a "Spider-Man" poster with a machine-written autograph of Andrew Garfield. Wow-eee, am I happy or what? I think I will go on a year's sabbatical to get in touch with my true feelings about how "I" received a "Spider-Man" cap or maybe a "Spider-Man" poster. Oh, I know that I will never be the same.

THE MAIN REASON I FEEL "COLD-SHOULDERED"

is the fact that "I," yours truly, could have, if asked by Marvel Comics, to create Spider-Man's latest foe that he will fight to near-death in the new movie, but won't die, for the producers need his services for the next two movies. You see evil foes are hard to find this day and time. And I guess the people at Marvel Comics had to settle with a ya-hoo named "The Lizard."

BUT IF MARVEL COMICS HAD JUST ASKED

I could have turned them out hundreds of evil beings and creatures that would put Green Goblin to shame. And make Doctor Octopus look like Luke Skywalker. Yeah, I do have a dark side. An evil streak that I use when I am writing a dark-sided story for Halloween-usage. I realized a long time back that life is not made up of "just" strawberries, bluebirds and cantaloupes.

HERE IS A SHORT LIST OF VILLAINS THAT "I" COULD HAVE CREATED FOR ALL THE SPIDER-MAN MOVIES TO SEE SPIDEY TAKE THEM DOWN AND REMAIN THE CHAMP.

All I want to say now is, "Stan Lee and Marvel Comics, you had your chance."

PS: Don't worry. I won't change into an evil Hub writer and attack Spider-Man, Stan Lee and Marvel Comics in print to make them look bad. I don't roll that way. But I can't wait to see the looks on your eyes when you "do" see what I am planning to do. Until then. Happy web-slinging, Spidey. 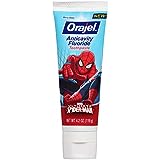