Jelly Roll is a musician and a local of Nashville, Tn. He has been performing publicly since around 2003. Arguably, he began to gain popularity around 2008. The years following were busy for Jelly Roll as he collaborated on several different tracks with several different artist; such as: Yelawolf, Haystak, LIl' Wyte, Moonshine Bandits, Twiztid, and more.

Jelly Roll has released a rather wide variety of music throughout his career so far. One of my favorites is a song where he incorporates the chorus of James Taylors song "Fire and Rain" in order to capture the same feeling conveyed from the original song while adding his own lyrics and beat to the mix. There are a few song like this that he has recorded, including songs by Johnny Cash and The Marshall Tucker Band. Jelly seems to have a harmonious touch that isn't always so easily found in any music, and it seems to come naturally.

Concourse At The International - Knoxville

Now on to the real fun stuff.

Recently, we got the chance to go see Jelly Roll perform in Knoxville, Tn at The Concourse at the International. It was a really good time. Starting with the location. It was a rather large, old building right off of I-40. Pretty neat place with nice lounge chairs and couches inside and out, and the bar centering the room.

They did an awesome job keeping the crowd pumped up, and in weeks since the show I have had a lot of fun researching and getting to know these artist. The energy in the place was already at the right level for an awesome night. So by the time Jelly Roll came on I think everybody was ready to let the music take control - so to speak.

"It's funny how my mood and my view,

Jelly Roll was awesome live, and I can honestly say I don't think anybody in the venue was left disappointed. There's a couple videos below from the show, and they really don't do it any justice.

My new infatuation with Southern Rap has been leading me on a pretty fun road so far. I'm more of a laid back, hippie chick, at the music festivals. I can be found with a tambourine, barefoot, jumping around on a mud dancing floor from where I've torn up the ground, but jumping until I was going to pass out was an awesome time. haha.

When I say the energy from Jelly Roll was amazing what I mean is what you always hear about from awesome concerts. I think I seen an interview where Kurt Cobain described it best. He said the energy is like a beach ball that the audience and the musician keep tossing back and forth. So I'll forever hold a place in my heart for The International because that's the first time I've ever experienced that magic.

Then of course, there is the musician. It's a little overwhelming to see the reciprocation of emotion that is being thrown around like excitement, pride, happiness, and strangely enough even unity. It was clear he was happy to be in his home state, and it felt to me as if he was celebrating his victories in an unspoken way. He genuinely thanked the crowd for their support throughout the years, and being from Tennessee I can say that we are always very proud of our own, but Jelly Roll is surely something to be proud of. 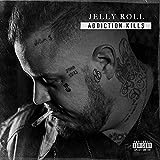