Sexy Jessica Simpson is a dancer and pop singer. She was born and raised in Dallas, Texas, beginning her performing career as a member of her church choir; at 12, she also auditioned unsuccessfully for The Mickey Mouse Club. While attending church camp the following summer, Simpson was discovered by the head of a tiny CCM label and spent the next three years recording her debut album. The label, however, folded before the record could be released, although a small pressing was eventually funded by her grandmother. Nevertheless, the teen became a hit on the Christian Youth Conference circuit, also sharing bills with Kirk Franklin, God's Property, and CeCe Winans.

Seeking to expand her popularity in the secular market, Simpson later signed to Sony and toured in support of boy band sensations 98°. Her 1999 major-label debut, Sweet Kisses, launched the smash "I Wanna Love You Forever." A second studio effort, Irresistible, appeared in spring 2001. Despite the MTV coverage of the album's title track, Simpson's sophomore effort didn't fare as well as her first album. The following year, Simpson married her longtime boyfriend, 98° crooner Nick Lachey. She also went on to appear in several episodes of That '70s Show, but it took Simpson until summer 2003 to become a bona fide celebrity. She and Lachey's MTV-produced reality show, Newlyweds, captured countless moments of the couple's first year of marriage.

Simpson's third album, the much more mature In This Skin, appeared in July. First single "Sweetest Sin" was a moderate chart hit, but thanks to the success of Newlyweds, Simpson's teetering career got a second chance. A second single, "With You," was a favorite among the MTV crowd, and by spring 2004, In This Skin was re-released. It included reworked versions of Berlin's "Take My Breath Away" and Robbie Williams' "Angels" as well as additional footage from the first season of Newlyweds. Simpson spent the rest of 2004 and early 2005 working on the second season of Newlyweds, as well as on her role as Daisy Duke in the Dukes of Hazard movie. Late that year, she and Lachey separated. Soon after, Simpson got to work on her fourth album and also started shooting the movie Employee of the Month. A Public Affair arrived in summer 2006 and was influenced by everything from '80s new wave to contemporary country.

Jessica can do comedy

Doesn't have a problem with remarks her dad made in a past interview about her breasts. Her father Joe Simpson infamously told a magazine in 2004: She's got double D's; you can't cover those suckers up. (October 23, 2006)

Says she would have trouble finding a date because the spotlights on her scare guys away. (September 12, 2006)

Sang for the first time on Today show since busting a blood vessel in her vocal cord and made it through one song before her voice cracked. (September 4, 2006)

Covered "Let Him Fly by folk singer Patty Griffin, the song that made her ''cry like a baby'' after splitting from husband Nick Lachey. (August 4, 2006)

Is addicted to high heels, even donning them to the beach.

Simpson and her celeb pals Christina Applegate and Eva Longoria poke fun at Angelina Jolie in the new video for "A Public Affair." Applegate asks, Could we be any more famous? Simpson quips, I wanna be so famous that every time I fall in love Oprah does a special about it. Applegate then coos, I want to be so famous that I have to have my babies in Africa.

Says she likes lovers with imagination.

Says she loves to kiss with eyes open because she can take in the entire situation and knows if she's enjoying it or not.

Is jealous of her sister's body, saying Ashlee has the most perfect boobs and skinniest legs.

Denies reports she fired her best friend and assistant Cacee Cobb because she was involved with her ex-husband, Nick Lacey, insisting it was Cobb's decision to resign and move on with her work. (May 19, 2006)

Is being sued for $100 million by the Tarrant Apparel Group that licensed her name for a line of casual wear, claiming she refused to properly endorse the sensibly priced range in public. (April 8, 2006)

Is set to take over Pamela Anderson's role in the long-awaited big screen version of beach TV show Baywatch. (April 5, 2006)

Is reportedly becoming more than just good friends with comedian Dane Cook, after the two were spotted holding hands and cuddling. (April 3, 2006)

Has signed with Epic Records, ending a seven-year deal with bosses at Columbia. (March 27, 2006)

Says Angelina Jolie has inspired her to consider adoption. (March 23, 2006)

Sells the home made famous in her reality TV show Newlyweds. (January 10, 2006)

Was the most popular young woman to be photographed, according to US Weekly's survey. (January 9, 2006)

Has demanded that Judge Michael P. Linfield be removed from her divorce case with Nick Lachey because she thinks he is prejudiced against her or her attorney. (December 24, 2005)

Officially split from husband Nick Lachey after months of denials and rumors. (November 25, 2005)

Is facing a barrage of criticism from humanitarian agencies after she cut short her charity trip to Africa to go on safari instead. (November 11, 2005)

Has been named the celebrity with best cleavage in Hollywood. (November 4, 2005)

Raised in strict Christian upbringing, Simpson admits she barely goes to church and reads the bible anymore, saying that to see all forms of meditation and prayer made her less judgmental. (September 7, 2005)

Has been left red-faced after boasting about the benefits of acne medicine Accutane, despite her role as spokesmodel for rival brand Proactiv. (August 5, 2005)

During filming THE DUKES OF HAZARD, she was required to break a pool cue by whipping it across a man (a stunt)'s back repeatedly. Unfortunately, she started attacking wrong the person. (August 5, 2005)

Has fired back at Christian critics who have blasted her raunchy new video These Boots Are Made For Walking for being too sexy, insisting they should be more accepting. (July 27, 2005)

A New Jersey woman has been accused of theft by deception, after she allegedly posed as Simpson's assistant to get thousands of dollars of treats. (July 27, 2005)

Fears her new movie THE DUKES OF HAZZARD will flop because people see her as a singer and not a movie star. (July 23, 2005)

Is hoping to adopt a baby after her first attempt to become a young mother was dashed when she learned she couldn't take a child out of Mexico. (July 18, 2005)

The religious organization ‘The Resistance' wants Jessica Simpson to re-shoot a cleaner version of the promo for her latest video ‘These Boots Were Made For Walking' and publicly apologize for her raunchy performance. (July 1, 2005)

Has most wanted hairstyle according to a poll conducted by In Touch magazine. (June 28, 2005)

Has received a public apology from a popular website, a day after the website posted a bogus reports claiming she had filed for divorce from her husband Nick Lachey. (May 27, 2005)

Her blonde hair was voted the best in a 2005 People magazine poll.

Jessica Simpson and Nick Lachey were left red-faced when Chris Rock jokingly blasted them for kissing during his act. The celebrity pair were part of the audience at Rock's stand-up show at the Laugh Factory in Los Angeles and decided to occupy their time in the balcony with some physical intimacy. Rock warned the embarrassed couple that he'll blame them if he makes any major mistakes when he presents the Oscars on February 27, 2005. (February 25, 2005)

Was briefly hospitalized in Chicago for a stomach virus while shooting a segment for The Oprah Winfrey Show. (February 24, 2005)

Is facing a legal battle with fitness company Speedfit, after disagreements over the singer's workout style in an exercise video. (February 18, 2005)

Plans to launch a new workout video and gym equipment range after working out to tone up for her role as curvy Daisy Duke in the new DUKES OF HAZZARD movie. (December 3, 2004)

Is paranoid about the size of her bottom and gets enraged when it is mocked by her DUKES OF HAZZARD co-star Johnny Knoxville.

Is sued by California-based cosmetics company Cosmojet who claims it hasn't received all of the $1 million in products it supplied for the Dessert beauty line the singer endorses. (November 6, 2004)

Has signed a $10 million licensing deal with Andrew Sports Club to develop her own fashion line. (November 5, 2004)

Beats Britney Spears in competing for the role of Daisy Duke in THE DUKES OF HAZZARD.

Is in trouble with America's parents who fear her new line of edible body creams encourage kids to indulge in sex games. (May 17, 2004)

Police were called to control crowds when thousands of fans turned up to meet Simpson at a Massachusetts store on Thursday night where she was hosting an album signing at the Wal-Mart in Danvers. (March 8, 2004)

Has emerged as the clear frontrunner in the race for the role of Daisy Duke in the movie version of classic TV series Dukes Of Hazzard. (February 28, 2004)

Refused to sign a pre-nuptial agreement with pop star husband Nick Lachey because she'd happily give him half of everything if their marriage doesn't work out. (January 26, 2004)

Simpson and husband Nick Lachey are coming back for a second season of Newlyweds: Nick & Jessica on MTV scheduled to begin Jan. 21. (January 10, 2004)

Her sister, Ashlee Simpson, has signed a recording contract with Geffen Records and hooked up with producers Stan Fox and Stan Frazier, drummer for Sugar Ray, to make what she calls a rock-heavy album, influenced by the '70s, '80s and her love of punk. (November 17, 2003)

MTV announced Monday that it has renewed reality series NEWLYWEDS: NICK & JESSICA, which follows Nick Lachey and Jessica Simpson as they muddle through married life. (October 7, 2003)

Simpson seeks to change her music with the Aug. 19 release of her third Columbia album, In This Skin -- The new set offers a crystal ball gaze inside her marriage to fellow singer Nick Lachey and the emotions behind finding the love of a lifetime. (August 19, 2003)

Simpson guest starred on Fox's THAT '70S SHOW on Wednesday evening (January 29) in an episode titled Your Time Is Gonna Come -- the singer will appear in a total of three episodes of the popular comedy series as Annette, Kelso's (Ashton Kutcher) hot new girlfriend from California. (January 31, 2003)

She is the oldest of the 4 current most famous pop queens in music (the others are Britney Spears, Christina Aguilera and Mandy Moore); she was the first one to leave behind her teenage years, after she reached her 20th birthday in 2000.

Her favorite movie is anything romantic or anything with Julia Roberts.

Her dad is a psychologist and minister at a Baptist church in Texas, and also manages her musical career and her official website.

She is a close friend to the musical group Destiny's Child.

She was nominated for an American Music award and for a Blockbuster Award.

She does a PERFECT impression of Ace Venture.

She used to have a crush on Justin Timberlake. 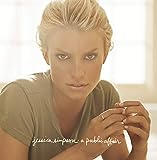