Kenny Vance and the Planotones Up Close and Personal Concerts 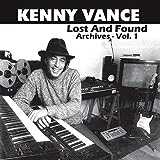 "We're going to see Kenny Vance and the Planotones."

My friend had invited me out for a surprise 'musical extravaganza', as he called it, and I was eagerly anticipating to find out exactly who we were going to see. I knocked on the door smiling and he invited me in and I said, "o.k. tell me, who are we going to see?" He looked at me and smiled and said, "We're going to see Kenny Vance and the Planotones." Hmmm, I had never heard of them. "Kenny who? What do they sing?" I was in for a surprise. "Doo-wop", Geoff said, "you'll love them!" Not being a huge doo-wop fan, or at least what I thought was doo-wop, I wasn't so sure I would love them, but, let's read on. We were going to an Up Close and Personal Concert with Kenny Vance and the Planotones.
We drove to the historic Capitol Theater in downtown Clearwater, Fl and I noticed many people walking to the venue. There were a number of older couples, younger couples, singles, even teenagers. I was intrigued. All of these people have heard of this group? Why had I never heard of them? I'm a huge music lover, appreciating many different kinds of music. We took our seats in the very old, cozy, not so beautiful theatre. The stage was quite close, nothing extravagant at all. The announcer of the radio station that exclusively plays oldies on Sunday nights in Tampa Bay gave a brief introduction and introduced Kenny Vance.

I didn't know what to expect. He came out and sat on a stool with his guitar and sat and talked to us for a while before the rest of the band members joined him. He almost reminded me of an older (earlier days) Bob Dylan. He was dressed in black pants, suit coat, sunglasses and a black fedora. Already I knew I was going to love this band. Kenny Vance clearly loves what he does. He has a charming sense of humor and there's a certain charisma about him that draws you closer. He talked to us about the early days in Brooklyn and forming the band, Jay and the Americans, and took us down memory lane with some of their music.

Kenny Vance and the Planotones

Kenny Vance; Girl Of My Dreams

Jay And The Americans; Come A Little Bit Closer

Looking For An Echo

They opened with some favorites that immediately set the mood. I was mesmerized by this man's voice and the NY style sophistication of the two vocalists and musicians. I felt like a little girl in a candy store. I wanted all of it, I wanted to hear everything. Kenny Vance and the Planotones had a new fan! Not only was his voice amazing, hitting these incredible falsetto notes and the sweetest tenor, but their engaging ability to make us feel connected as an audience. Everyone was completely enthralled by this magical music filling this small, old theater. Iphones were being thrust upward to snap a shot of nostalgia to send to a friend or keep as a memory.

We heard 'I Only Have Eyes for You', 'Let it Please Be You', 'This I Swear' (beautiful love ballads), 'Angel Baby', 'Diamonds and Pearls' (ahhh, so romantic), 'Everybody's Somebody's Fool' ;Why Do You Have To Go', 'Some Kind of Wonderful' (yes, that one!) among many others. I loved all of them, but there were some favorites, like 'I Need You', 'Once Upon a Time' and 'Girl of my Dreams'. I'm feeling like everyone should be in love after hearing this song. Every woman there wanted to be that girl in his dreams. Romance fills the air with these songs and his velvet smooth 'as a sip of brandy' voice. You want to wrap your arms around the feeling.

In between songs, Kenny would often talk about where the songs came from, what inspired him, the music scene in NY at the time. I had never been to a concert like this. People were even slow dancing in the aisles to some of his classics. It was like this magical mood permeated our souls. I don't think I stopped smiling the whole night, it was so hypnotic. They closed the show with 'Why Do You Have To Go' and their fabulous 'Looking For An Echo.' Not only are they fantastic vocalists and musicians, but this group puts on a top notch entertaining performance not to be missed if you love the golden era of doo- wop and romantic oldies!

They performed the very first song Vance auditioned with at the age of 18 when he formed The Five Keys, 'Wisdom of the Fool.' This song was the beginning of his long, successful career. The three members sang a capella in front of Jerry Lieber and Mike Stoller in a record company office in the nostalgic Brill Building on Broadway. Although not immediately signed, three months later they were signed and recorded, 'Tonight,' from West Side Story. Kenny Vance was on his way to a musical dream coming true.

He formed Jay and the Americans (Come A Little Bit Closer) and played the debut US performances for both the Beatles and the Rolling Stones in the mid-sixties. He has composed numerous film scores, produced the first record for Walter Becker and Donald Fagan who went on to form Steely Dan. He has acted and directed music for numerous shows and then came back and formed Kenny Vance and the Planotones in 1992 for the Eddie and the Cruisers movie. They continue to perform around the country and it really is a delightful, memorable performance.

Kenny Vance and the Planotones - Looking For An Echo 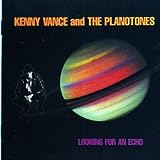 Looking For An Echo
Buy Now

2009 brought his 50th anniversary of being an integral, inspiring reason why doo-wop music is loved by so many and now is being re-introduced to another generation. Kenny Vance has helped to keep this music art form alive throughout the 21rst century, and most likely well into the next millennium. The band currently consists of the following members;

This is a very versatile, talented, well experienced group of musicians and entertainers. I have included some links for you to find out more about their history, up coming tour dates, and a direct link to the Kenny Vance and the Planotones website. If I have been able to introduce even one more person to these wonderful performers and musical art form, I am happy to have given Kenny Vance and the Planotones some of the love they give to all of their fans. Let the magic continue!

Thank You for Reading and Please Feel Free to Leave a Comment.