Before Lady Gaga Music there was Klaus Nomi, Nina Hagen, and Dale Bozzio 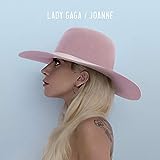 Sure I have heard the name Lady Ga ga, but I don't know anything about her. I just had a vague feeling that people are very interested in seeing what she is wearing. My neighbors were over this morning visiting as they do every Saturday morning, and they started with Lady Gaga and what she was wearing. They seemed intrigued and shocked by her attire, making statements such as "she is so outrageous."

I guess I just can't imagine anything being outrageous. The rock n roll genre has been trying to shock for so many decades that I finished with being shocked years ago. I think the only shocker left is good music, and classy demeanor. It was the next set of statements that interested me. They made some comment about her vocal abilities. I don't know if people have lost so much of their hearing due to listening to too much out of control rock music, or if general tastes for good music have completely gone to pot. I do recall being in a burger joint and having to ask the kids at the front counter if they could at least turn down the music, if not change the station all together. They giggled, and said "That's Lady Gaga." It was a very untalented, screaming maniac, just as the majority of any other "musicians."

I made a point of watching Lady Ga ga while my friends were still hyped up and talking about what they considered an outrageous and brilliant performance. I turned on the television, and saw a bleach blond screaming and running around just as anyone's teenage daughter would. I yawned and explained to my friends that the reason I yawned is because number one, I don't see this as outrageous at all, but rather typical of what Madonna, spears, and the other freaks are doing. She looks the same and sounds the same.

Had I heard something musical here, I would have considered it a little outrageous. I just can't remember the last time I heard a popular singer actually make music.

I asked them if they remember the 70's and 80's, and how they beat "outrageous" to death with their creepy clothes and out of this world stage performance. I was just a kid, but I got the whole desire to watch outrageous looking people making noise out of my system. This couple who are older than I simply did not remember.

Klaus Nomi was a German countertenor. I am not sure if he ever took singing lessons, or if he just impersonated opera singers he liked. He dressed like a doll, and made jerky, robotic movements during his performances. The effect was kind of like a clown, or a puppet singing some opera classics, or even Dig Dong The Witch is Dead.

I have to give Klaus credit, because you really did not know what to expect from him. He was bizarrely brilliant in many ways. Just when you thought you knew what Klaus was capable of, he would sing a Chubby Checker song, and leave you confused. American's became aware of Klaus when David Bowie used him as a back up singer on Saturday Night Live in 1979. Sadly, Klaus Nomi died suddenly of AIDS in 1983, when the disease was not very well understood. He was 39.

Nina Hagen from East Germany, was a talented performer who studies opera, before seeing the easy money in the up and coming Punk Rock scene. She used her training to her advantage, and added some weird sounds that the youngsters would be attracted to, and to top everything off, she gave herself the most outrageous hairstyles, and makeup creations ever seen.

These were the 70's and 80's, and the clean look was popular among starlets, and models. One never knew what Nina would be wearing, or what her hair color would be. The young girls were craning their necks to see what unique ensemble.

She was not generally known in the states until her release of New York New York in the mid 1980's.

Dale Bozzio of the 80's New Wave band Missing Persons, looked very much the way the modern Lady Gaga looks. She wore spacey, and revealing outfits, often in gold or silver. She was also a blond with always a tough of pink or blue streaks. 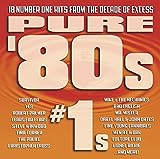