Korean Fans: When Is Their Support Too Much?

On April 2, Kang Gary made headlines when he tweeted: I do not play pranks on April Fool's Day at the expense of other people. I want to curse but it is too early so I'll keep it in.

The tweet seemed to have pertained to a photoshopped image of his Twitter account. A fan screencapped his Twitter page and photoshopped it to make it look like he said: I love you, Song Ji Hyo. Song Ji Hyo is a reality TV star and his co-host on the 4-year strong Running Man. They have a loveline on the show and a popular one at that. His reaction launched debates among:

Click here to read about the 10 Males Guests of Running Man. 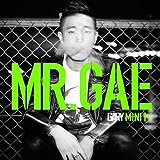 Before we go deeper into the "whys?" and "hows?", let us clear out something. Kang Gary didn't directly state that he was upset over joke but we can safely assume the following:

All signs point to that photoshopped joke but Gary will most likely never address the issue again.

Slavery Contracts: Are they real or are these issues blown out of proportions? Click here.

Why he got upset is something we will not concretely understand unless he choose to explain it but it does shed light on just how fans or shippers can take things too far. Their desire to satisfy their delusions about their biases cause them to do things that offend or damage, even, their biases.

Image. That's what it boils down to.

Britney Spears, for example, publicly declared she was to remain a virgin until she gets married. That prompted people to think of her as the innocent girl who doesn't know she's sexy. Idols in Korea, on the other hand, are also given images by their labels. Big Bang are supposed to be the 'artists among idols', Sulli is supposed to be this innocent unattainable girl, Dara is supposed to be the crazy dresser, among others.

Those images prompt fans to look and expect things from their idols.

It is natural for celebrities to create a certain image for themselves. Image is what the public holds on to and it will determine the kind of "fans" they will get. It happens even in Hollywood. Actually, it is even "worse" in Hollywood. Celebrities are packaged so hard that celebrities themselves often lose themselves in it. Hence, you have the Britney Spears and Justin Biebers of this world.

The difference lies in how fans support the celebrity. Western fans are fanatics of the celebrity themselves while Korean fans are more self-serving in their admiration. They are selfishly possessive of their idols. They don't like their idols having boyfriends (or girlfriends, whichever is appropriate) because they want their idols to be theirs. They will only "allow" their idols to date someone if they approve of the girl.

Once they do find a girl that is "deserving" to date the man that was supposed to be theirs, they fight to death to make it as real as possible, regardless of whether or not it is real.

10 Korean Movies about Friendship You Must Watch.

It is not really for the well-being of their idols. If it is, they would have dropped all these concern about their personal lives and just support their idol's craft, movies, songs, concerts, shows, endorsements and others. They fight for the image of their idol, not the necessarily for the artistry of their idol. They do it because it fulfills their fantasies and expectations.

The Case of Kim Jong Kook and Sulli 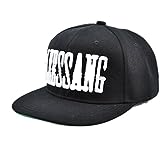 Kim Jong Kook and Yoon Eun Hye know it too well. It has been almost a decade since the two played out being a couple in X-Men but to date, shippers still insist that the had or still have a relationship. There are Sandara-G Dragon shippers, Nichkun-Victoria shippers, Kim Hyun Joong-Uee shippers and a whole lot more.

They have some devoted, delusional and diehard fans, so much so that when they are revealed to be dating someone else, all hell breaks loose. Zo In Sung felt it when he was revealed to be dating Kim Min Hee. Fan harassment became too much that forums were forced to close their Zo In Sung threads because the insults and threats were becoming too much.

When Choiza was revealed to have had a date (or had a one night stand, whatever it was) with Sulli, both SM and Amoeba were quick to deny the relationship but it didn't stop the fans from hating on Sulli for choosing someone so "undeserving" like Choiza. There are worse cases.

Who are the Bangtan Boys? Why are they being hailed as they next big stars in Kpop?

So, What? Publicity is Publicity

It is publicity and that's why, for the most part, management companies and celebrities themselves ignore it.

Fan harassment goes ignored and fan delusions are allowed to "grow". Unless you go to as far as following the celebrity, it will most likely be taken with a grain of salt. However, there are celebrities who request that they be free of certain images or that certain parts of their lives be left alone.

Kim Jong Kook, for one, has refused to be tied to a single loveline in a show. He has insisted that he be given a chance to develop an image that is independent of a woman. Lee Seung Gi and YoonA have been adamant about not mentioning each other on their interviews even after publicly admitting they are dating because they want their works to stand on their own and have their personal lives remain private. There are celebrities who want their work to be the centerpiece of their marketing and image.

They understand that there are more fans who will still insist on living their fantasies through them but things take a different turn when fans actually meddile with their lives.

Click here to read about the possible reasons for the ratings drop of Running Man.

Do you think it is acceptable for fans to manipulate images of their idol's Facebook, Twitter, photos if it is just for "fun"?

The Monday Couple is not your typical idol loveline. Neither Song Ji Hyo nor Kang Gary is an idol or a typical "preppy and cute" celebrity. Yet, they developed a strong fan base who are just as, if not more, delusional as the shippers of idol lovelines. The whole of Running man seems aware of the large and strong fanbase as the cast and the production team have not been discreet in pushing the two to create "Monday Couple Moments".

Which of the 10 restaurants owned by Korean celebrities is the best?

Both Kang Gary and Song Ji Hyo seem aware of their popularity too. Gary has famously expressed his surprise on their popularity on Twitter. That being said, they have largely let the fans do their shipping in whichever way they see fit. After all, it does the show good. However, both have been blatant about their loveline being nothing but a loveline on the show.

Why? Why not let it slide the way they let other fans slide with their delusions?

Because their personal space was invaded. Their integrity was put at stake.

Several years ago, Tablo was accused of lying about his Stanford degree. Tablo, like Kang Gary, isn't really the kind that would be bothered about what other people think of them. However, his integrity as a person was put in question and that means the name of his family is being dragged to it too. That's why he fought back. He went back to Stanford and interviewed people to attest the legitimacy of his degree. He devoted months just to prove he was telling the truth.

JYJ, back in 2009 and shortly before the break up of DBSK, was revealed to have assaulted a fan, a sasaeng fan. As you know, sasaeng fans are obsessive and goes to extreme lengths to stalk their idol. Some idols have reported that they received letters using written in their fan's menstrual blood, fans calling their personal phones in the middle of the night and others. JYJ reached their breaking point that night (and several other nights as it turned out) and it was unfortunate that they were taped. This is not to justify the actions of either the fans or JYJ but to illustrate that celebrities DO GET AFFECTED WHEN IT IS TOO MUCH.

Kang Gary's personal twitter was photoshopped and made to look like he said something he didn't. There are a lot of Monday Couple fans who like the two as a couple on the show and wish they could come together in real life. However, there are also fans (like the one who photoshopped Kang Gary's twitter) who go to greath lengths to make themselves and other believe the two have real feelings for each other. Maybe they do. Maybe they don't BUT the mere fact the two are saying Monday Couple is just for the show, that should be respected.

Kang Gary's personal property and it was invaded. People thought he said something he didn't. Most likely, he got pissed because that action (the act of photoshopping his twitter page) had consequences we don't know about. Maybe he is getting sick of being made to appear like he is chasing her. Maybe he feels it is disrespectful to Song Ji Hyo and his boyfriend (if she still has one). Maybe he is pursuing someone else. Maybe it was just a bad day. Maybe he just wants to his personal property respected. WHO KNOWS?

Tablo's Documentary On His Standford Stint

The Line Fans Should Never Cross

Fans should be allowed to be fans. That includes all sorts of crazy things. They create memes, edit videos, write poems, create websites, draw stuff and even give their idols gifts. They can make up stories and interpret their idols' action all they want. After all, these are the same people that spend money on their idols.

Fans, however, should realize that real support is about buying their idol's records, watching their shows or movies, buying the products they endorse, making constructive criticism and doing other things that could help make their idol improve their craft and become bankable enough for producers to continue investing on them. A celebrity's personal life, personal space and personal property should be spared.