A long time ago in a Lego factory far, far away...Actually, it was back in 1999 and in toy stores around the world.

Star Wars would be the first licensed Lego theme from another company's intellectual property. It was met with resounding success. The Star Wars Lego Universe would prove so popular that it would not only be the longest running licensed Lego theme but it would spawn into video games, films, an online comic book and become a major theme within the LEGO amusement parks.

It was originally thought that the Star Wars licensed themed sets would be released from 1999 to 2008. However, they have gone through several extensions and, as of the writing of this article, the license is not set to expire until 2022. The continually expanding Star Wars Universe and unique vehicles are the perfect fit for the world of LEGO. With loyal followers from both Lego and Star Wars fans, these sets have remained strong and could go on indefinitely.

The first sets released were based on the original Star Wars Trilogy. The Phantom Menace Lego Building Sets were out the same year but accompanied the opening of Star Wars: Episode I release, later in the year. As the new episodes of Star Wars were released, Lego launched sets that would tie into the corresponding movie. New Lego sets based on the previously released films were continually being created and placed on store shelves. In 2008 The Clone Wars sets, inspired by the animated shows, would be added to the Lego Star Wars Universe.

The success of the Lego Star Wars series would lead to many more successful licensed themes such as Indiana Jones and Harry Potter. It would also lead to some duds, like the Prince of Persia.

Despite the game containing spoilers to Revenge of the Sith, which would not open until May, TT Games released Lego Star Wars: The Video Game in April of 2005. It was based upon the three Star Wars prequels and included A New Hope as a bonus level. This was the first LEGO game by TT Games to receive an E (Everyone) rating. Lego Star Wars: The Video Game was hugely successful, both commercially and critically. It would be the 13th best selling game in 2005 and is credited with not only starting the Lego game series but also helping revitalizing the entire LEGO brand.

In September of the following year Lego Star Wars II: The Original Trilogy was released. As you can gather from the title, this time around the game follows the Star Wars films A New Hope, Empire Strikes Back and Return of the Jedi. The game structure and humor were much the same as the original but improvements to gameplay, most notably camera movement, made it superior to the first game. There was also considerable more depth brought to the vehicle levels. This game would win praise among critics and fans. Although the Game Boy Advance and Nintendo DS handheld versions were negatively received and it was recommended to stick with the console games.

After several different licensed Lego video games, TT Games returned to the Star Wars franchise in 2011. This time around they would base the game on Cartoon Network’s The Clone Wars animated series. The game would also include popular characters from the Star Wars films.

There would be a few new features added to the game mechanics but the basic principle would remain consistent from the other Lego games of the past. For this reason critics were mixed on their reviews. In my opinion, at this point in time people know if they like the Lego games by Traveller’s Tales or not. Besides the usual upgrading of graphics that most video games will institute with each new installment, the biggest advancement in this version would be the ability for the game engine to handle over 200 moving object on the screen at one time. This allowed for real-time strategy gameplay in which players could command armies over a large battlefield. Smaller elements were also added from the original Lego Star Wars games such as the ability to throw a lightsaber and exit a vehicle within a level.

To celebrate 10 years of Lego Star Wars, the short film “Lego Star Wars: The Quest for R2-D2” was released in 2009. Once again LEGO and Cartoon Network would turn to the production company M2Film and director Peder Pedersen. They had previously worked on “Lego Indiana Jones and the Raiders of the Lost Brick” the year before. This was an original story rather than a summary of previously released films. It still has that great LEGO humor and works in tons of Star Wars, Indiana Jones and THX 1138 references.

To follow up with the successful short film The Quest for R2-D2, Peder Pedersen and M2Film created a second short called “Lego Star Wars: Bombad Bounty”. This time around they stuck closer to the Original Star Wars trilogy. The story revolves around Jar Jar Binks being hunted by Boba Fett. (I guess they decided to take the least popular Star Wars character and paired him up with one of the most popular character to balance things out.) Anyway, Boba Fett chases Jar Jar Binks through the background of the original trilogy. They spend 3 minutes summing up A New Hope and then cram Empire Strikes Back and Return of the Jedi into a couple scenes. It had a lot of typical Lego Humor. It was reviewed positively but this one felt a little rushed to me.

When I wrote this article there were already over 300 Lego Star Wars sets and more being produced every year. Rather than cram them all into one page, I broke the sets down by year. On this page you can find the year individual sets were released and their item number.

(mini) Mini Building Set: As you can guess from the name, these sets are smaller versions of larger model. They do not have as much detail, but will save you money and space.

(Pro) Promotional: These sets tend to be rare and are given away at events or with the purchase of another item.

(Tec) Technic: These sets use beams connectors, gears, axles, and pins to create advanced models. These toys have movable parts such as legs, arms or wheels.

(UCS) Ultimate Collector Series: These sets are released in a limited quantity. They contain more pieces, which allows for greater detail. Designed for display, they often come with an information plaque and display stand. 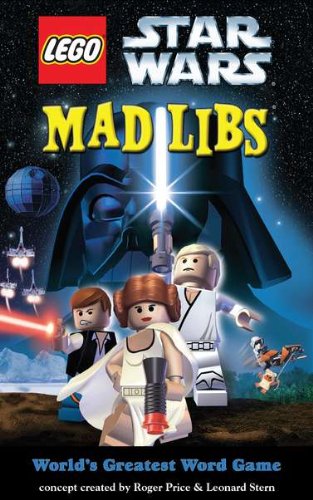 You can click on the links below to find out more about the sets and see pictures from each year. These links will be available as they are published. 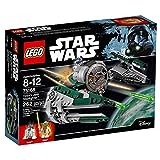