A Refreshing and Quirky Movie

Leaving Normal is a movie starring Christine Lahti and Mag Tilly, two wanderers who leave Wyoming and embark on a journey to the unknown. They soon learn they have to find themselves before they can make a home in the wilderness.

Leaving Normal is a film starring Christine Lahti as Darly and Meg Tilly as Marianne, opposites who cross paths and embark on a voyage of discovery--literally, as they travel to the remote Alaskan wilderness. And their voyage isn't just physical. The women are on an emotional journey, as they try to come to grips with life passages.

The unlikely duo have a chance encounter with another women who has started her own journey, but this is one of self-discovery and changed attitudes. She gives Darly (Lahti) and Marianne (Tilly) a travel trailer to live in, which they desperately need later on because upon reaching Alaska, they discover that, contrary to expectations, Darly's house had never been built.

While Darly and Marianne may have been trying to escape their problems, Alaska presents them with new challenges. They've reached another seeming dead-end and they have to make a choice as to whether they cut and run, as they've done previously, or create new patterns in their lives.

The real meat in this story is what these two women learn about themselves as they forge a new path and go head-to-head not with the wilderness, not with different circumstances, but with themselves.

The two women are leaving Normal, Wyoming but their lives so far have been anything but normal.

From Wyoming to Alaska 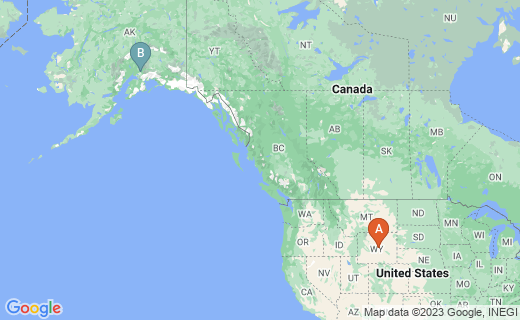 Darly and Marianne's destination is Palmer Valley, Alaska in the Matanuska-Susitna Borough.

Why I Loved Leaving Normal

I loved this movie. It came on TV one evening and was a complete surprise. What a refreshing change from the usual line-up or predictable plots. Quirky, humorous and it got me thinking about how people respond to challenges and how attitude plays such a huge role in outcomes.

Two Courageous Women . . . Against a Backdrop of Stunning Alaskan Scenery.

Marianne is running "from" and Darly is running "back to," but as the story progresses, the lines become blurred as to just who is doing the running. After their move to Alaska, each woman grapples with external demons and internal ghosts

Will the women cut muster in the Alaskan wilderness or will old emotional and behavioral patterns prevent them from moving forward and finally finding happiness? 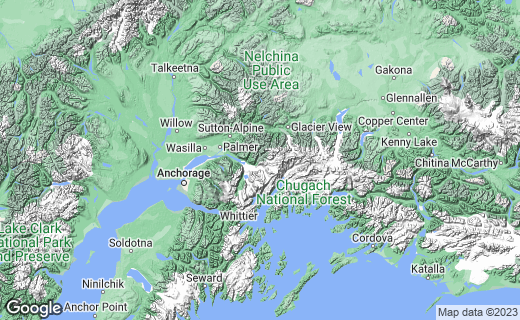 Why Do Marianne and Darly Cross Paths?

The innocent and hurting Marianne gives the emotionally hardened and closed Darly a chance to learn to nurture. It is obvious that Marianne is a type, representing the daughter that Darly gave up. In coming to Marianne's aid, Darly discovers the softer part of her nature.

What Are the Two Women Looking For?

When Darly and Marianne encounter 66, who is pudgy and in a dead-end situation, they learn an important lesson. 66 is also downtrodden and has seen abuse and ridicule but instead of "closing shop" (like Darly) or looking to someone else to supply her happiness (like Marianne), or expecting better treatment or better circumstances, she has worked to change her view of herself and has learned to love herself. She has ultimately changed herself into a stronger version. In so doing, she attracts different circumstances and her life miraculously transforms.

Do Darly and Marianne Find What They Are Looking For?

While their path is rocky, yes, they certainly do. Marianne finds it sooner, settling into her new life in Alaska and being willing to overcome challenges to create a better situation; Darly, at the first sign of happiness, bolts, but she too realizes that running will not solve anything.

While she is returning to Alaska because she has inherited property, her greater journey is confronting her feelings and finding the courage to search for her lost daughter.

Marianne passes her ultimate test when she finally meets a decent man but this time, instead of casting her net with him and changing her life to align with his, she decides to stay in Alaska

Darly Learns That It's Okay to be Dependent

Darly discovers that friendship, caring and love don't have to hurt.

Instead of impulsively switching tracks, Marianne learns she already has what she needs to be happy.

The women have to rebuild the shell of Darly's house. The house is a fitting symbol of the rebuilding they have to do on themselves.

Did You Enjoy Leaving Normal?

Marianne to Darly: "Just because you're leaving doesn't mean you're not still in the same Goddamn place!"

Neither has had a stable home or family in "civilization" and yet, in the Alaskan wilderness, they finally find at last that in more ways than one... "they are home."

True to its title, Leaving Normal is a movie offering something a little different--offbeat characters who undertake and undergo an Alaska relocation--women who by their very oddness seem all the more real. Ultimately, Normal it is a classic story that has become a favorite road movie celebrating female endurance, triumph, and that special life-changing part of the journey: finding "home" not just in a location but within the wilderness of one's self.