This article contains spoilers for these episodes of the original Twilight Zone series:

On Thursday We Leave for Home
Buy Now

On Thursday We Leave for Home

This episode was set circa 2021. A group of people left Earth to start a colony on another planet. They started the colony in August 1991. The new planet had limited resources. After 30 years most of the original colonists were dead. The colonists were living a subsistence existence. The leader of the colonists was a 45 year-old Captain Benteen (James Whitmore). He kept the colonists alive by enforcing food and water rationing. The story begins with news a rescue ship is on its way. The rescue ship arrives and all seems well.

The rescue ship captain, Colonel Sloane (Tim O’Connor), soon realizes Benteen’s agenda is to keep his leadership position, not the welfare of the colonists. Colonel Sloane has little tolerance for Benteen’s scheming. When Benteen learns the colonists will be allowed to go their separate ways when they return to Earth he tries to convince the colonists to stay on the planet. His attempts fail and he refuses to board the space ship. The episode ends with Benteen left alone on the planet and losing his mind.

A moral of this story is people should know when their time in their position is over. Benteen’s failure to accept his job no longer existed was his undoing. Almost everyone at some point is in a position where their job or status goes away. Acceptance and a smooth transition is what one should strive for when this happens. 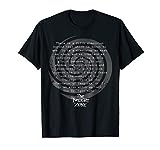 In this episode an astronaut, Commander Douglas Stansfield (Robert Lansing), is chosen for a solo mission to another star system. The mission will last approximately 40 years. He is picked for the mission a month before lift-off. In that time he and a woman, Sandra Horn (Mariette Hartley), fall in love with each other. On New Year’s Eve 1987 he goes off on his mission where he will travel at 6 times the speed of light. On the mission he is to be in suspended animation so he will not age. While in suspended animation he is able to think. If everything went according to plan he would return to Earth about the same biological age he left. Sandra Horn would have a biological age of 66. His space ship had a communication malfunction a few hours after takeoff. Sandra Horn was put in suspended animation so they would both be about the same biological ages when he returned. He was unaware of this post launch change in plans and 6 months after leaving Earth he stopped his suspended animation. He returned to Earth with a biological age of 70. When he saw Sandra Horn, who looked as she did when he left, he asked her to turn away.

A moral of this story is love makes people do stupid things that can ruin their lives. Commander Stansfield expected Sandra Horn would wait for him. What made him so sure she did not tell him she loved him just to be polite? He believed she would wait, and age, 40 years for him and pass up every chance at happiness during that time. His unilateral decision to give up on the relationship made neither him nor Sandra happy.

Interestingly a character in the 2014 movie Interstellar made a similar decision regarding suspended animation. While that character’s decision wasn’t out of love it was at least as stupid. In both cases what wasn’t considered is decades out of suspended animation means decades of using limited irreplaceable resources. The idea of interstellar travel in 1987 at speeds faster than light would seem as silly to anyone with a background in science in 1963 as it does today. In 1963 the idea of discovering planets in another star system in 1987 would also seem silly. In 1992 Aleksander Wolszczan discovered a planet orbiting the star 51 Pegasi, 50 light years away. It was the first of many planets outside our solar system astronomers have discovered. This may be the best known Twilight Zone episode because of William Shatner, who played Bob Wilson. The backstory is Bob Wilson had a nervous breakdown on a flight and spent 6 months in a sanitarium. He is flying home from the sanitarium. He is visibly nervous about the flight. During the flight there is a storm. He sees a gremlin on the plane’s wing. Throughout much of the episode he tries to get others to see the gremlin but the gremlin gets off the plane before anyone else can see it. The gremlin opens an access panel to an engine. Finally Bob Wilson takes a handgun from a sleeping passenger opens the emergency door by his seat and shoots the gremlin off the plane. In the final scene the plane in on a tarmac and Bob Wilson is being put into an ambulance. It is inconclusive if the gremlin was real or just a figment of Bob Wilson’s imagination. That is until the camera pulls back; revealing the damaged engine housing. The Narrator, Rod Sterling, explains soon others would know because there is “tangible evidence of trespass.” This ending is consistent with many science fiction stories on television and in the movies of the era. When there seems to be a bad ending there is a statement that ends the story on an optimistic note. This story ends with the belief truth will win out in the end.

A moral of this story is it is overly optimistic to believe the truth will win out in the end. The ground crew would discover the bent open engine housing and report the damage. What would happen next?

The experts find evidence inconsistent with conclusions 2 and 3 but sooner believe them, or any conclusion other than 1?

In this episode James Correy (Jack Warden) is a convicted murderer. He contends he killed in self-defense and is appealing his conviction. He is serving out his sentence alone on an asteroid. The only interaction he has is the crew of the space ships that periodically drop off supplies to him. The length of the crew’s stay varies. A captain of one of the resupply ships, Captain Allenby (John Dehner), has sympathy for Correy’s plight. He often smuggles contraband to Correy. Captain Allenby did not receive any payment for these items. Early in the episode the supply ship arrives, commanded by Captain Allenby. The supply ship has to take off as soon as it drops off the supplies. Captain Allenby leaves a box containing a gift. Since it is contraband he tells Correy not to open the box until after his ship leaves. The gift is Alicia (Jean Marsh), a sentient robot with the full range of human emotions. For the first time since he was imprisoned on the asteroid Correy was happy. One day the supply ship, commanded by Captain Allenby, arrives to take Correy back to Earth. The asteroid penal system has been abolished and Correy was given a pardon. Correy had to leave immediately and they could not take the added weight of Alicia. There would be no other ships coming. When Captain Allenby saw Correy didn’t want to leave without Alicia he shot and destroyed Alicia. The shot blew off Alicia’s face; revealing the circuitry. Correy accepts Alicia was just a machine and leaves with the space ship.

This episode brings up a moral question for the future. If the technology advanced to the point where something like Alicia could be made should it be considered no different than a household appliance or should it be endowed with rights?

Some present morals for this story are:

People should not be quick to destroy a relationship because of logistics or other external problems. Think of Correy as the emotional side and Captain Allenby as the analytical side of the same person.

Will the Real Martian Please Stand Up
Buy Now

Will the Real Martian Please Stand Up?

The title of this episode is a pun on the television game show, “To Tell The Truth”. If it was an episode of “To Tell The Truth” it would end with the host asking “Will the real Martian please stand up.” Two state troopers on a snowy night check out an area where a woman reported a UFO landing. The site is a frozen lake. They follow footprints to a diner, the lone structure in an isolated area. Inside the diner there is a proprietor and 8 customers. The customers were a bus driver and his passengers. The bus driver said only 6 passengers boarded his bus so one was an alien they call a Martian. Who in the diner is the Martian? With some deductive reasoning they quickly eliminate 5 of the suspects. Then the group gets off on tangents. Eventually the troopers and the customers leave without discovering the Martian. In the final scene one of the customers returns to the diner. He explains the troopers and the other customers died when the bridge they were driving across collapsed. He smugly reveals himself as a Martian and shows his three hands. He tells the frightened proprietor of the Martian plans to colonize the Earth. He expects the proprietor to pass out from fear. Instead the proprietor smiles and explains the Martian invasion force has been intercepted by space ships from Venus. He points out Venusians plan to colonize the Earth then takes off his cap revealing his third eye.

This episode is a good study in group interaction. The group is presented with a problem, identifying the Martian. One passenger, Ethel (Jean Willes), suggests since they are only looking for a single suspect they could eliminate the couples. This cut the suspects down to three. The bus driver then said Ethel was the only passenger he remembered getting on the bus. The two remaining suspects were an arrogant man and an annoying man. The arrogant man had no interest in identifying the Martian. The annoying man considered it all a big joke. Here the problem solving gets side tracked. The two wives point out small physical features of their husbands that are different than they remembered. This is one of the problems with group problem solving. People in a problem solving group often want to contribute but have irrelevant information. Contributing the irrelevant information hinders the group. After the wives side tracked the investigation the annoying man jokes about the situation. The investigation breaks down to its inconclusive end. The arrogant man and the annoying man are familiar characters in problem solving groups. The arrogant man considered his own agenda more important that the group’s problem. The annoying man’s agenda was to draw attention to himself. Near the end the annoying man suggested the troopers have everyone take their coats off this way they will see the Martian’s “wings”. Had the troopers taken the annoying man’s advice they would have spotted the Martian’s third arm. This is one of the morals of the story. Even annoying people can have valuable input in solving a group problem.

Another moral of the story revolves around the story’s final twist. The Martian believed the plans of his people were infallible. In a matter of seconds the man from Venus exposed the Martian plan as a house of cards. This moral is an unexpected event can turn an excellent plan to ashes.