Liz Hurley is an English actress, fashion model, producer and designer. Before starring as Vanessa Kensington in two of the three Austin Powers installments Liz was known as the face of Estée Lauder and as the girlfriend of English actor, Hugh Grant.

Born on June 10, 1965, in Hampshire, England, Elizabeth Hurley is the daughter of an army officer and a schoolteacher mother. While growing up in Basingstoke, England, Hurley dreamed of becoming a dancer, which prompted her, at the age of 12, to attend a boarding school that specialized in ballet.

She went to Kempshott Junior and Infants school, and the Harriet Costello School now known as Costello Technology College. Hurley later attended Queen Mary's College, Basingstoke, for one year, followed by Basingstoke College of Technology and won a scholarship to the London Studio Centre.

Whilst in her teens and before she was in the public eye, she became involved with punk fashion, where she dyed her hair pink and pierced her nose. She associated with New Age Travellers who, typically, sat under The Buttercross monument and the grounds of the Cathedral in Winchester, near to where she lived.

A start in Hurleys' career came in the late 1980s, when she won a Face of the Year competition at a local newspaper in Winchester, and gained a year's modelling contract with a prestigious London firm as the first prize.

At age 21, Hurley got her first film role in the 1987 film Aria, after having attended the London Studio Centre on scholarship. Hurley's role in the film Remando al viento (a.k.a. Rowing In the Wind) that same year also starred her future boyfriend Hugh Grant. One year later, Hurley received critical acclaim for her role as Christabel Bielenberg in the BBC miniseries Christabel.

Hurley gained some recognition in the United States for her role in the 1992 action film Passenger 57, starring Wesley Snipes. Although it was a Hollywood movie, she was still having difficulty receiving quality roles and consequently returned to England.

Whoever said that clothing isn't important doesn't know about Elizabeth Hurley's claim to fame. Apparently, Versace did Hurley a huge favor by giving the statuesque beauty an unsold dress to wear to the 1994 London premiere of Hugh Grant's film Four Weddings and a Funeral. The low-cut, risqué dress held together by safety pins became Hurley's ticket to stardom, as she made heads turn at the premiere.

The Face of Estee Lauder

More attention followed when Estée Lauder signed Hurley to be the face of the international cosmetics company. And who can forget Hugh Grant's arrest due to a one-night tryst with prostitute Divine Brown?

Contrary to public belief, Hurley and Grant remained a couple after the incident; they even founded the production company Simian Films together. Its first production was the film Extreme Measures, a 1996 thriller starring Hugh, Gene Hackman and Sarah Jessica Parker.

In 1995 Hurley began working with top cosmetics company Estée Lauder as their main spokes model. Within her first month with the company, Hurley launched the best-selling perfume, Pleasures. In 2007 Hurley's contract with Estée Lauder was renewed for the 13th year with a subsequent contract extension.

Hurley's joint venture with Hugh Grant then produced Mickey Blue Eyes (1999). She also produced the 2004 film Method in which she starred. In 2006 the company was dissolved as both Hurley and Grant focused on other projects.

Hurley was cast as the female lead as Vanessa Kensington in the hit Mike Myers spy comedy Austin Powers: International Man of Mystery in 1997 which gained her further crucial exposure in the film industry. After the success of that film, she reprised the role of Vanessa in Austin Powers: The Spy Who Shagged Me in 1999 and appeared in several more high-profile films, including EdTV, Bedazzled, Double Whammy and 2002's Serving Sara, which was her last American film to date. Hurley also hosted the first season of the British reality series Project Catwalk featuring novice fashion designers.

Hurley became a favourite with the press again in 2000 when she fell foul of US acting unions. She had filmed an advertisement for Estée Lauder which broke a five-month strike. She was subsequently fined £70,000 by the Screen Actors Guild. She apologised for breaking the strike but said she had been unaware that it was going on as she had been based in the UK and the union had not informed her of the industrial action. She was confronted by a protest of angry actors at the US première of her film Bedazzled in October where protesters brandished banners stating "Elizabeth Scably".

In 2005 Hurley's beachwear line Elizabeth Hurley Beach debuted in select Saks Fifth Avenue stores in the United States, Harrod's in the UK, various other locations worldwide and through her website. In 2006, the line expanded its distribution among Europe, the Middle East, Australia and Asia. In 2007, Hurley was voted best "British Body Idol" in New Woman magazine. 5,000 women cast their votes on which British woman they thought was the best body idol. 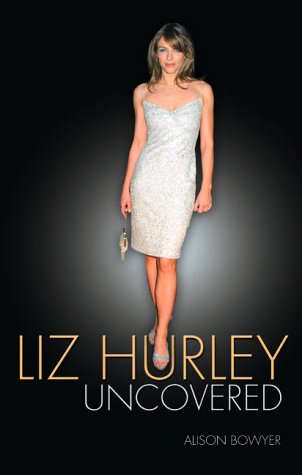