The Crew of Lost in Space

Looking back with Great Joy at Lost in Space

Many things have been written and said about “Lost In Space” over the many years since it first aired on television in the 1960s. Sadly some of the popular opinion and the majority of literature being decidedly negative such as being jeered at by television critics. Tragically this attitude toward the series has sent fans into hiding, and while “fandoms” for most manifestations of the genre flourish, freely forming around everything form Star Wars to “Tribbles” to be a fan of “Lost In Space” is most unpopular. But things have changed. Recently there has been a huge revival of interest in “Lost In Space” as a central theme for appearing on a regular basis. If “Lost In Space” is so bad, why the renewed interest in it? Why did I, as a child, think it to be so good? Why did it (and does it) have such a successful survival record? And, most importantly, why do I still consider it so good? In answering these questions, especially the final one, I discovered how differently something can seem to a boy of eight than to the same person in his fifties.

I have a theory about the current increases in interest in science fiction. Simply stated, the young minds that were influenced by the wave of science fiction in the 1950s and 1960s are now becoming senior citizens. They are now looking back with great joy at their beloved genre in ever increasing numbers. It was television that was the first place a youngster of that era meets science fiction. Long before he can go to the movies or read comic, magazines, or novels, he watches television.

Will Robinson and the Evil Stowaway Dr. Zachary Smith

" Lost In Space"Dr. Zachary Smith Vs The Robot

"Lost in Space" Captivate Me Every Wednesday Night

This remarkable show captivated me every Wednesday night and caused me to draw space scenes, write adventure stories, and read books that dealt with planetary travel. It was on CBS on September 15, 1965 that Lost in Space debuted and was a very positive series. The format was a winning one. Conceptualized as a series about a family that sets out form Earth in 1997 to colonize a distant planet, the possibilities for stories were limitless. Lost in Space portrayed a positive vision of the future, with man in control of science, his destiny, and assorted perilous situations. Space proved to be an intriguing place to be, offering a wealth of scary situations, alien beings, and far-out devices. Focusing on a family assured built in ties among characters, guaranteed conflict, and someone for every viewer to identify with. The multiple genres encompassed by Lost in Space allowed a variety of stories. At times it was an adventure series! At times it was a satire; and at times it was a fantasy; and at times it was pure science fiction. Its built-in versatility allowed stories on multiple levels, morals for adults, monsters for the youngsters.

“To be continued next week. Same time, same channel,”

The format of “Lost in Space” was not entirely accidental. It owes much to two sources: the first was comic books, particularly Gold Key’s “Space Family Robinson”, which showcased a family of four who were lost in space on Space Station One sometime around the year 2000, who found themselves each issue in perilous situations; and the second the old Saturday afternoon serials. From these came many particular elements, the opening recap, which began the first scene of each episode and started “Last week as you may recall …,” and the famous cliffhanger ending, “To be continued next week. Same time, same channel,” and many more elements which found their way into individual episodes: conquering armies, rock creatures, rocket belts, zap guns, and vaporizing planets all evident in the old Republic and Universal chapter plays.

"Lost in Space" with Verda and Penny Robinson.

“Lost In Space” was often a Cut above Standard Television Fare

The caliber of actors chosen for “Lost in Space” assured some top-notch performers. Special mention must be made of child star Bill Mumy whose ability to display a wide array of emotion and obvious rapport with cast members made Will Robinson a “real” member of the family and a delight to watch in any episode. One cannot help realize why many of the episodes were built around him. Perhaps the most important in keeping alive a television series is good scripts. Even the most intriguing format can fall flat on its face without interesting plots. “Lost In Space” was often a cut above standard television fare when it was at its best, presenting fascinating stories, themes, and ideas. Some of the following elements on which individual episodes were based deserve special mention: “The Derelict”; shows us an intelligent and alien looking race with which Will has a communication problem. These aliens do not speak English! They don’t even speck a young man’s allegiance to his father and his opportunity to question his father’s decision are dealt with as dealt with as Will watches John deal with crises during “The Hungry Sea” our place in the Universe is examined as “the Keeper” tries to add Will and Penny to his collection of “animals” and as the Robinson are tried by a galactic tribunal for violation of space laws while being held as “The Prisoners of Space”.

"Lost In Space" From Temptations to Time Warps

The temptations of boyhood are examined as Will gets a taste of the pirate’s life in “The Sky Pirate”, as he tampers with an alien machine capable of sending him to Earth in, “Return From Outer Space” and as he repairs an abandoned alien Robot leading to a “War of the Robots” the innocent of youth and the suspicion of adults when meeting those who are different is the theme of both “the Sky is Falling and “the Golden Man.” Intergalactic crime and punishment is the focus of “The Condemned of Space", which finds the Robinsons looking for Spare parts on a space-penitentiary which houses inmates in deep freeze: “Fugitives In Space”, during which Dr. Smith and Major West are framed and sent to a planet to do hard labor with hardened criminals; and in “All that Glitters” in which Penny assists an escaped convict being chased by monstrous “blood hounds” (this episode also concerns greed, a popular "Lost in Space theme") and then as now there is an episode which stands out as a stroke of genius, “Visit To a Hostile Planet” where the Jupiter 2 passes through a time warp only to arrive on earth fifty years before their time, and, be being there, the Robinsons contribute to the UFO craze and the coinage of the term “flying saucer”, both of which historically stem from the actual time and place the ship has inadvertently landed, 1947 in Michigan.

Genuine Excitement is Evident in Episodes of “Lost in Space”

Some genuine excitement is evident in many episodes of “Lost in Space”, for instance, the loss of Don in a whirlpool. “The Hungry Sea;” the possession of John by the ruler Kanto and his subsequent plans for Will on the edge of a chasm, “Follow the Leader:” and the hungry Zaybo in Will’s cabin “The Hunted Lighthouse”. There were also many touching moments, for example, Penny’s and Will’s reluctance to leave with the astronaut Jimmy Hapgood in “welcome Stranger.” Captain Tucker’s loud attempt to convince Will that not only was he far from being a swashbuckling pirate, he was at best a lair, a bum and a fraud: “Sky Pirate,” The hurt on Will’s face turns a childish plot into a memorable story; also moving was Penny’s constant search for companionship and friendship: at times she befriended a cosmic force, “My Friend, Mr. Nobody,” a dog, “One of our Dogs Is Missing”; a boy who lives behind mirrors, “The Magic Mirror,” and with an escaped convict, “all That Glitters”.

A Full Cast Photo of "Lost in Space"

The original series pilot, “No Place to Hide,” was minus the Robot and Doctor Smith. These characters were added as the pilot film was subdivided into the first few episodes. Now with more footage and a new focus. Much of what is not perfect with “Lost in Space” through older, more concerned eyes, concerns these two characters. One gets the impression that the purpose of these characters was not thought out. The personalities of both of them change radically during the first season, the Robot turning from cold and murderous to comedic and merry and Smith changing from a calculating spy to an incompetent fool. Together they pioneered the C3PO and R2D2 - equ comedy now so popular with Robots in movies. Thought Smith was often a fitting adversary for the Robinsons in the early episodes, his later penchant for selling his soul, the Robinsons, and everything that is in sight for passage to Earth gets monotonous and the episodes built around his silly schemes are by are the weakest of the series.

Lost In Space Forever with Will, Dr. Smith and the Robot

There is an Extensive and Noticeable use of Stock Footage

There is an extensive and noticeable use of stock footage and likewise, a recycling of set of an annoying degree, often happening in episodes broadcast fairly close together in “Island in the Sky”. When Smith sees Professor Robinson return in the Chariot, he turns from the porthole and says to the camera, “Robinson Alive? Impossible.” Two episodes later in “The Hungary Sea,” when Smith sees the Robinson’s return from the south, after being frozen and scorched, the same exact clip is shown! I find it hard to believe that shooting a similar sequence showing Smith’s surprise, would have put a serious dent in the budget. The Keeper’s space ship exterior is reused in “His Majesty Smith” and similarly, Captain’s Tucker’s ship in “The Sky Pirate” becomes the vehicle which brings back the wares of “The Space Trader.” The list is endless...

Penny Robinson, Maureen Robinson and Will with some Large Flowers.

“Lost In Space” has been known to add many items to the Robinson’s supply closet without explaining from hence they come, (mining helmets, sport equipment, etc. …) and just as often as some things would appear, they would make in unexplained disappearance, Riddle me this: What happened to the dog form “One of Our Doges Is Missing?” To the large clearing left around the Matter Transfer Unit by the Taurons in “The Sky is falling,” and the new smaller platform from five episodes later, where did it come from, and where did the Bloop keep going?

Some " Lost in Space" Episodes Had Outlandish Characters

Some of the most ridiculed episodes of "Lost in Space" contain outlandish characters and situations: space admirals in British garb traveling in cruisers furnished in early 18th century cruiser style, galactic pirates on a treasure hunt, Spanish bandits, singing Norse gods, beauty pageants, an intergalactic king Pellinore searching for a sentient questing beast, even a heal of which Dante would be proud. Yes, there were silly episodes; perhaps an abundance of the, but even the celebrated serious "Star Trek" had its share of theses. Upon careful examination one finds Nazi planets, Roman planets, gangster planets, planets ruled by mischievous children, several Indian planets, witches and dungeons, hippie stowaways, and evil children lead by a glittering angel of death. 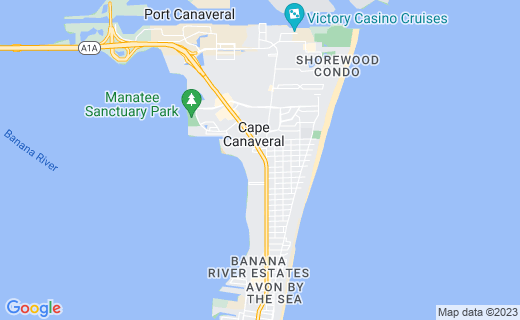 Dr. Zachery Smith & The Robot from "Lost in Space"

Judy & Don were the Two Love Birds of "Lost In Space"