Mairead Nesbitt is a Classical and Celtic music performer, most notably as a fiddler and violinist.

Mairead Nesbitt was born to John and Kathleen Nesbitt, both well-known music teachers, and has a sister, Frances, and four brothers, Seán, Michael, Noel and Karl, all of whom are musicians. She has been a piano player since the age of four, and began playing the violin at age six.

Nesbitt got her break in 1996 when she was invited to perform in the Michael Flatley show Lord of the Dance. She released her debut solo album in 2001, Raining Up, which features a broad range of musical styles, both traditional and contemporary.

In 2004, Nesbitt was invited to play violin for a performance at the Helix Theatre in Dublin, called Celtic Woman. The popularity of this and subsequent performances on television and live albums has lead to numerous tours throughout the world.

Mairead is a musician who believes in giving herself fully to the music:

"I'm drawing on every background that I have. Whatever grabs me at the time is what comes out. The most important thing to me is that you have to be versatile and people have to know that they can depend on that. The main thing for any type of music is versatility. If you can bring in different elements, it's tastefully done, it works musically and it works emotionally from your heart, it will sound believable to other people. If it touches them in a certain way, that's the main thing."

Mairead Nesbitt is a former Fleadh Cheoil all-Ireland fiddle champion, and was named by Irish Music Magazine as Best Traditional Female in 2003. 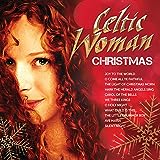 Carol Of The Bells
Buy Now