Manatee Cow and Her Calf

The beautiful Blue Spring is the largest warm spring on Florida’s St. John’s River with year around temperatures of 72°. While the warm crystal clear water of Blue Spring State Park is a popular attraction year for swimming, diving and boating, it is also an ideal winter spot for a large number of West Indian manatees bask in the warm Blue Spring. It's one of the best places in Florida to view manatees in their natural habitat.

About 100 million gallons of 72° water flows from the spring to the St. John's River each day via the spring run. In the winter, especially when the temperature is unusually cold, a large population of West Indian Manatees leave the St. John’s river and move into the warm water of the springs. The area has wooden walkways above the spring where visitors can view the manatees without disturbing them. The crystal clear water of the spring is ideal for viewing as well as photographing the big gentle creatures. Because manatees are a threatened species, the park does not allow swimming or water sports in the spring area when the manatees are in residence from mid November until March.

Manatees Are Related to the Elephant

The boardwalks and viewing platforms above the spring allow visitors to get a close look at the manatees swimming below. Most of the time the big sea cows seem to be oblivious to the people gathered around to observe them.

The West Indian Manatee that lives in Florida is a very large aquatic mammal. Average adult size is 9-11 feet long and 800-1200 pounds. They have a large flat tail that they use as a paddle and two flippers in front with 3 or 4 nails on each that helps them hold food while they are eating. They have no back legs or feet. The manatee has a face that only a mother could love, with deep wrinkles and bristly whiskers. Biologists believe that their closest relative is the elephant.

A Manatee Swims at Blue Springs

Manatees generally live along the coast, but do not need salt water to live. They can survive in fresh water, saline water or brackish water. Although they are large, they have a low metabolic rate and lack a thick layer of insulating body fat that would allow the to live in cold water, so they are usually found in Florida in the winter even though they may wander farther afield during the summer —as far as Texas and even as far north as New York City.

A Manatee in the Crystal Clear Water of Blue Springs

Protect the Environment to Protect Our Manatees

An article from WFTV.com (Mar. 20, 2013) reported that 55 manatees have been found dead in the Brevard County, Florida Indian River Lagoon. Although the exact cause of death has not been pinpointed, autopsies revealed that their stomachs were full of macroalgae, but contained none of the sea grass that is their main diet. It is thought that this was the cause of death. Fertilizer runoff in the area has killed sea grass and is destroying the manatee's habitat.

Another threat to the manatee is the loss of their habitat. They eat 10-15% of their body weight daily – mostly aquatic plants, but they will also eat small fish and small invertebrates. As coastal and waterfront property becomes more developed, their habitat is threatened. Florida is now taking measures to preserve the manatee habitat and to education the public about manatees.

Birds and Other Wildlife Love the Warm Blue Springs, Too

Manatees Keep Their Calves Close for One to Two Years

Adult manatees are sometimes called sea cows, and their young are referred to as calves. Calves are born about every three years, and nurse from the mother for one to two years. When we observed the manatees at Blue Springs, we saw several mothers with their calves swimming very close. Currently there is an estimated population of 4,480 West Indian Manatees in the U.S.

Best time to see manatees is November and December, although we saw a large number of them at Blue Springs one January when there was a cold snap and they came to the springs to warm up. Because they do not tolerate cold very well, they can die from shock in cold water. They can also die because their digestive tracts shut down in water colder than 68°.

A View of Anhingas Near the St. John's River by the Blue Springs

Blue Springs State Park consists of 2,600 acres on the St. John’s River. In addition to the unique area for viewing the Manatees, the park has nature trails, picnic areas and camping. In season, visitors can enjoy swimming, diving, snorkeling and boating. Certified scuba divers can explore the spring if they dive with a partner. There is also a two hour narrated riverboat tour with knowledgeable staff lecturing on the history and unique ecology of the area.

The Water and Shadows Look Like a Monet Painting

The Blue Spring's Waters are Like an Impressionist painting

In addition to the thrill of seeing the large numbers of manatees gathering in the spring, I was fascinated by the colors and beauty of the clear water. As the water ripples and the sun moved across the sky, the water colors changed from blue to green, reflecting back the colors of the sky and the surrounding vegetation.

I hope you have enjoyed my photo gallery of the manatees at Blue Spring State Park in Florida and the photographs that depict the West India Manatees in their natural habitat. I deliberately did not include aquarium photographs which would have shown more detail because I love the abstract feel of the photographs as they captured the changing light and colors of the water. 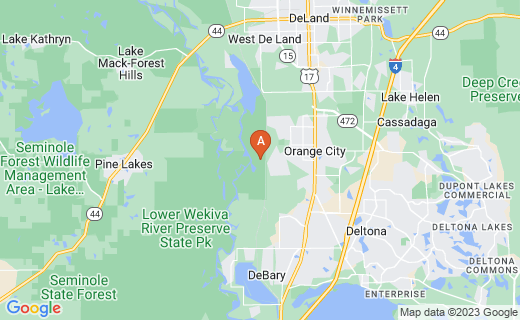 Save the Manatee Club: http://www.savethemanatee.org/manfcts.htm

You may enjoy some of my other hubs about Florida

Get your very own manatee 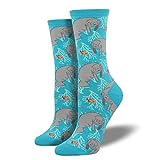 Please Vote and Share if you enjoyed this photo gallery!