Once upon a time, I was an eighteen year old high school graduate and recipient of a scholarship to study Spanish in Guadalajara, Mexico for the summer between high school and college. I had the experience of my dreams living with a Mexican family and learning that I was experiencing the heart of Mexican culture in the state of Jalisco where mariachi bands, music, songs, and dance originated. This style of bands, music and dance are the epitome of Mexican culture and identity.

Here and throughout all of Mexico today, mariachi bands and music are the most famous and popular of a people who embrace their identity and culture with gusto. While we sat in the plazas, cafes and restaurants, the mariachi bands strolled throughout playing their special brand of Mexican music and singing their hearts out.

One evening, under a full moon, my roommates and I were romantically serenaded by a mariachi band from the nephews of the family we were living with and whom we dated. The entire neighborhood came out to witness the 'love' expressed by these boys for us. We had the total Mexican experience that summer and it has remained one of the wonderful memories I retained from that experience.

What is mariachi music? It is a form of folk music from Mexico in the state of Jalisco and can refer to the music, the band, the dance or just one musician. Most of the songs are about machismo, love, betrayal, death, and revolutionary heroes. It tells the story of the Mexican identity and the passion and love of life the Mexicans have and exhibit.

The History of mariachi

Before Cortes invaded Mexico in 1517, the music made by the native, indigenous peoples such as the Aztecs was made with rattles, drums, reed and clay flutes and conch shell horns. This music was usually played as part of religious celebrations.

With the arrival of Cortes and the spread of Christianity many of the native instruments gave way to instruments imported from Europe and Spain: violins, guitars, harps, brass horns, and woodwinds. The Indians and mestizo adopted and learned to play these European instruments.

Over the years this refined music became the music of Mexico, but it was not until the 19th century that mariachi music came into being. It began as a regional folk style called son jalisciense, in the center west of Mexico and was played only with string instruments and musicians dressed as peasant farmers. In the late 19th and early 20th century mariachi music, bands and dance migrated from the rural areas into cities such as Guadalajara and Mexico City and the Mexican government began promoting it as Mexico's cultural identity.

The word mariachi, originally was believed to have come from the French word for 'marriage' mariage, when the emperor of Mexico was Maximillian when Mexico was under the domination of France. During this time the bands entertained at marriage receptions.

But, today, linguists dismiss that belief as the word, mariachi, was found to pre-date the time when the French arrived in Mexico. Mariachi has native roots in Mexico and the Spanish language and today the theory is that is comes from the type of wood used to build the platforms on which the performers danced to the music played by the bands.

Mariachi music and bands originated in the 19th century in the state of Jalisco in Mexico in the town of Cocula. Mariachi was a distinctive version of Spanish theatrical orchestra of violins, harp, and guitars. Here in this specific region the instruments added were the vihuela, two violins, a gitarron (replaced the harp) became the instruments of the mariachi. Then and today the mariachi band has the following instruments:

When played together, the sound of all these instruments make a unique contrasting sound. There is the sweet sound of violins contrasted with the brilliance of the trumpets; there is also the deep sound of the guitarron verses the crisp, high voice of the vihuela and there is a frequent shifting between syncopation and on-beat rhythm.

The principal music played by early mariachi bands is called son, and is a mixture of folk tradition from Spain, Mexico and Africa. It is called son jalisciense in Jalisco and a good example of this type of music is the song, La Negra.

Mariachi and son are not just music but also dance. The dance performed with mariachi music is called zapateado and it is a typical style of dance that originated in Spain, similar to the footwork in flamenco dancing. To dance zapateado performers skillfully drive the heels of their boots or shoes into the wooden dance floor, pounding to swift and syncopated rhythms. This dance style complements the rhythm of the musical instruments.

The lyrics of the songs describe country life, the imagery of courtship and love and the relationships between men and women. The Jarabe Tapatio, better known as The Mexican Hat Dance, was created in Guadalajara, Jalisco, Mexico and has become the national dance of Mexico. It is highly stylized with prescribed movements and costumes of the region.

The male performers wear the classic outfit of the Jalisco horseman or charro, and the female performers wear a hand-woven shawl and a bright sequined skirt. The bright primary colors are used in the costumes and have become part of the Mexican identity also.

Before the 1930s the mariachi musicians wore calzones de manta and huaraches, homespun white cotton pants and shirts and leather sandals. These were the clothes worn by the peasants in Jalisco.

During the early 20th century the mariachi music was transformed from a regional rural folk music to an urban music when it was first introduced in Mexico City in 1905. With the migration of many from Guadalajara and the surrounding areas to Mexico City, mariachi bands began performing in the plazas and restaurants in the capital city.

Beginning in the 1930s, the mariachi musicians changed their costumes and began wearing the traje de charro, the suit of the horsemen which consisted of a waist-length jacket, tightly fitted wool pants which opened slightly at the ankle to fit over short riding boots. The pants and jacket were often ornamented with embroidery, intricately cut leather designs or silver buttons. It also included the large Mexico sombrereo or hat. This costume has been retained over the years and this is what they wear today.

Until the 20th century mariachi music was regional and the music of country people. In 1898, one of the greatest mariachi bands of all times was formed. Gaspar Vargas formed his own mariachi band called, Mariachi Vargas deTecalitlan, and took his band from the region of Jalisco to Mexico City and popularized mariachi music in the capital city where it took off from there.

By 1934, they were so famous and popular with the people that they were invited to play at the inauguration of President Lazaro Cardenas. One the goals of his presidency was to promote the native culture of Mexico throughout the nation and the world.

The urban sophisticates in Mexico City took the president's enthusiasm for Mexican folk arts to their hearts and made mariachi music popular and Mariachi Vargas became the toast of the town. 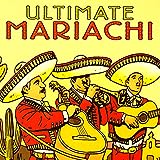 In 1938, Silvestre Vargas the son of Gaspar, took over for his father as leader of the Mariachi Vargas and hired trained musician Rubin Fuentes, one of the most important and major figures in the development of mariachi. He standardized and stylized the arrangements of many of the traditional sones, and wrote the musical arrangements for many of the legendary song writers and singers of his generation.

By the 1950s, Fuentes and Silvestre Vargas insisted that all their musicians be able to read music and gone were the musicians who played by ear to pick up new songs and techniques. This changed the way mariachi moved from one group to another and Vargas' mariachi band became the the leader of all the mariachi bands.

Fuentes and Vargas also added two trumpets, a classical guitar and more violins to their band and the ensemble became a complete, adaptable orchestra that retained its traditional base but assimilated new musical ideas and styles.

Therefore, Mariachi Vargas' arrangements became the definitive statements of what mariachi music should be and other bands adopted their style and musical arrangements.

As mariachi bands grew in popularity and importance they began celebrating great moments in the lives of Mexican people and continue to do so today. In the serenata or serendade, the mariachi band participates in the rite of courtship and love and was an early means to communication in which the man could send a message of love to the woman of his heart.

Today, the mariachi band serenades a woman on her birthday or saint day with the song, Las Mananitas, The Little Mornings, as well as serenading to profess the suitor's love.

Today, the Plaza de Garibaldi in Mexico City, is the center of mariachi music and this music has become the international symbol of Mexican identity promoted by the government. Mariachi music has continued to evolve with the times and the popularity of jazz and Cuban music introduced the trumpets in the mariachi bands.

The most prized of the mariachi's are those from the state of Jalisco and the towns of Cocula and Techalitlan.

The charro tradition is still quite popular and strong in Jalisco and the charreada (rodeo) has become a national sport in Mexico. The rodeo became the ideal to Mexicans as the haciendas broke up and mariachi remains strongly associated with tequila.

Each year there is an International Mariachi Festival in Guadalajara which is a ten day event the attracts approximately five hundred mariachi bands who participate.

Mariachi bands have also crossed the borders into the U.S. as the Mexican culture has and they are very popular in California and Texas and throughout the southwest U.S. today.