With the November 9, 2012 opening of the 23rd film in the 50-year old history of the James Bond franchise, I was curious about the American female vocalists, especially solo vocalists, who have performed the theme songs over the years. So far, there have been eight, beginning with Nancy Sinatra and ending with Madonna (Alicia Keyes sang “Another Way to Die” as a duet with Jack White for 2008 “Quantum of Solace”).

Nancy Sinatra recorded the theme song “You Only Live Twice” in 1967 for the movie by the same name. As with many of the Bond theme songs, Sinatra was not the first choice. John Barry, who composed the music for this and several other Bond movies, wanted Aretha Franklin. The producers wanted English pop singer Julie Rogers or American crooner Frank Sinatra. Frank suggested his daughter Nancy.

Born Nancy Sandra Sinatra June 8, 1940 to Frank and his first wife Nancy, daughter Nancy held her own in the 1960’s as a singer-actress. Her 1966 debut song “These Boots Are Made for Walkin’” was her first hit and perhaps the most well-known of her songs. Her television debut was with her father and Elvis Presley in 1959. She acted in seven movies, won an Emmy Award for her television show “Movin’ with Nancy,” and has a star on the Hollywood Walk of Fame. Ms. Sinatra is twice married and had two children with her second husband.

Carly Simon recorded the song “Nobody Does It Better” for the 1977 movie “The Spy Who Loved Me.” It was the first time a Bond theme song performed by a solo artist had a different title than the film. Written by famed songwriters Carole Bayer Sager and the late Marvin Hamlisch, the song was a smash hit for Ms. Simon. It reached number two on the United States Billboard Hot 100 and number seven on the United Kingdom Singles Chart. It also received an Academy Award nomination for Best Song.

Daughter of the co-founder of the publishing giant Simon & Schuster, Carly Elisabeth Simon was born June 25, 1945 in New York. Her career began in the group The Simon Sisters, which she formed with one of two older sisters (she also has a younger brother). They made three albums before disbanding. Her most successful era was the 1970’s. It began with the release of her solo album “Carly Simon.” Besides the James Bond theme song, her 1972 “You’re So Vain” was another smash, reaching number one on both U.S. Pop and Adult Contemporary charts. It received Grammy Award nominations for Song of the Year, Record of the Year, and Best Pop Vocal Performance, Female. Ms. Simon was the first to win a Grammy Award, a Golden Globe Award, and an Academy Award for a song written, composed, and performed by a single artist: “Let the River Run” for the 1988 movie “Working Girl.” In 1994, she was inducted into the Songwriters Hall of Fame and in 2004, the Grammy’s Hall of Fame.

On the personal side, Simon was involved with the likes of rocker Mick Jagger, actor Warren Beatty, and singers Kris Kristofferson and Cat Stevens (now Yusuf Islam). In 1972, she married singer-songwriter James Taylor. They had two children: a boy and a girl, both now musicians. She also has a granddaughter. Ms. Simon married and divorced a second time. In 1997, she had a mastectomy. In the late 80’s to 90’s, she wrote a series of children books. She currently lives on Martha’s Vineyard.

Rita Coolidge recorded “All Time High” for the 1983 James Bond Movie “Octopussy.” It was the second theme song to have had a different title than the movie. British singer Mari Wilson and the late Laura Branigan, a U.S. chart-topper at the time, were originally considered to do the theme. However, Barbara Broccoli, daughter of the film’s producer Cubby, was a Coolidge fan and recommended her. John Barry wrote the music and Tim Rice wrote the lyrics.

The part Cherokee Indian singer, nicknamed The Delta Lady, was born May 1, 1945 in Tennessee. A graduate of Florida State University, Coolidge has been on Billboard’s Country, Adult Contemporary, Pop, and Jazz charts. She reaped most of her success in the 1970’s. She and Kris Kristofferson, to whom she was married, won Grammy Awards for Best Country Performance by a Duo or Group with Vocal in 1974 and ’76. In June 2012, Ms. Coolidge remarried and currently resides in California.

Lani Hall, second wife of Herb Alpert (musician, leader of Herb Alpert and the Tijuana Brass, and co-founder of A&M Records), performed the theme song for the 1983 film “Never Say Never Again,” which featured the return of Sean Connery as James Bond. The late American singer Phyllis Hyman also recorded a theme song for the movie. The preferred version sung by Hall was written by Michel Legrand and Alan and Marilyn Bergman.

Ms. Hall was born November 6, 1945 in Illinois. She met Alpert while her band Sergio Mendes and Brasil ’66 was on tour with the Tijuana Brass. They married in 1974 and have one daughter. Hall has had some success as a solo artist in the 1970’s. One of her hits was the 1975 “Hello, It’s Me.” She won a Best Latin Pop Performance Grammy Award in 1985 for her album “Es Facil Amar.” She has recorded in English, Portuguese, and Spanish. She and Alpert continue to record music and tour together today.

Gladys Knight recorded the theme song for the movie “Licence to Kill” in 1989. Composition was by Narada Michael Walden, Jeffrey Cohen, and Walter Afanasieff. The producers originally wanted English guitarists Eric Clapton and Vic Flick, but their version fell short.

Known as the Empress of Soul, Gladys Maria Knight was born May 28, 1944 in Georgia. Her career took off when she won the 1952 Ted Mack’s Original Amateur Hour. Major success was between the 1960’s and 80’s when she was lead singer of the R & B group Gladys Knight and the Pips. Brother Merald (Bubba), cousins William Guest and Edward Patten made up the Pips. They won three Grammy Awards, one for their R&B and Pop charts topper “Midnight Train to Georgia.” Ms. Knight also won four Grammy Awards as a solo vocalist. She has recorded duets with the likes of Johnny Mathis (1980’s) and the late Ray Charles (2005). She joined the Church of Jesus Christ of Latter-day Saints (Mormons) in 1997. The singer, actress, author, entrepreneur has been married four times. Two of her three children-boy and girl- were with her first husband. The son is now deceased. Her second son was with husband number two. She and husband number four have a total of 16 grandkids and four great-grand.

Tina Turner, unlike many of the other artists, was the original choice to record the theme song for the 1995 James Bond movie “Golden Eye.” The music was specifically composed for her by Bono and The Edge, members of British super group U2.

Ms. Turner was born Annie Mae Bullock November 26, 1939 in Tennessee. She was discovered by singer-musician Ike Turner at age 16. He took charge of her life and career even changing her name to Tina. Together they created The Ike and Tina Turner Revue. Their marriage, which began in1962, was filled with physical and mental abuse. Tina eventually left Ike in 1976. She attributed her decision to her study of Buddhism, which she began in 1974. The 1993 biopic “What’s Love Got to Do with It” was loosely based on her life with Ike. Ms. Turner won three Grammy Awards in 1985. She has one son (not Ike’s) and currently splits her time between homes in France and Switzerland with her record executive boyfriend. Ms. Turner has recently decided to become a Swiss citizen.

Sheryl Crow was the performer for theme song of the 18th Bond movie “Tomorrow Never Dies” released in December, 1997. It was also co-written by Crow. Another version was performed by Canadian singer K.D. Lang, but it was relegated to the movie’s ending credits with the title “Surrender.” Crow’s version won a Grammy nomination for Best Song Written for a Motion Picture, Television or Other Visual Media and a Golden Globe nomination for Best Original Song.

The daughter of musical parents, Sheryl Suzanne Crow was born February 11, 1962 in Missouri. She is also the great-granddaughter of a congressman (Charles Crow, 1873-1938), which might explain her deep interest in politics. After graduating from the University of Missouri, she worked as a music teacher and sang in a band on weekends. She also sang backup for artists such as Michael Jackson on his 1987 to ‘89 Bad Tour, Stevie Wonder, and Tina Turner. She did duets with Willie Nelson, Kid Rock, Mick Jagger, Tony Bennett, among others. She has a total of nine Grammy Awards, three for her 1995 debut album “Tuesday Night Music Club.” Ms. Crow once dated actor Owen Wilson and cyclist Lance Armstrong. She has two adopted sons. In 2006, she was diagnosed with breast cancer and in 2011, diagnosed with a benign brain tumor, meningioma. She currently resides in Tennessee.

Madonna was the singer-songwriter for the theme of the 2002 movie “Die Another Day.” She co-wrote and co-produced it with songwriter-record producer Mirwais Ahmadzai. It was one of the more successful Bond theme songs, charting high in both the United Kingdom and the United States. Ironically, it was nominated for both a Golden Globe Award for Best Original Song and a Golden Raspberry for Worst Original Song. It was also nominated for a Best Dance Recording Grammy Award.

Famously outrageous singer, dancer, actress, director, author, and businesswoman, Madonna Louise Ciccone, was born August 8, 1958 in Michigan. She originally moved to New York to pursue dancing, but singing took hold and to date she has sold over 300 million records. In 2008, Billboard ranked her number two on their Hot 100 All-time Top Artists list. In 2012, she was crowned Greatest Woman in Music by VH1 and Guinness World Records named her the best-selling female recording artist in history. Madonna performed at the 2012 Super Bowl XLVI Halftime Show with British rapper M.I.A., and American singers Nicki Minaj and Cee Lo Green. Sources claim that it was the most watched ever with 114 million viewers. Madonna also has a 1996 Golden Globe Best Actress Award for the film “Evita.” She has been married twice, first to actor Sean Penn. She has three children: teenage daughter Lourdes, a son with second husband, Brit Guy Ritchie, and a boy she adopted from the African nation of Malawi.

Which is your favorite or best James Bond movie theme song? 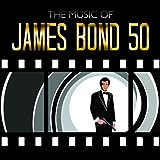 The World Is Not Enough
Buy Now