Megan Fox: Who is She - A Short Bio/Biography

Kayleen is my daughter’s gal pal. The two, like many teenage girls, are enthralled with the big screen and glossy magazines. I have to say, I think that Kayleen is one of Megan Fox’s biggest fans and her enthusiasm is irresistible. Kayleen, this one is for you!

On May 16, 1986, Megan Denise Fox was born in Oak Ridge, Tennessee in the United States. Her parents, Darlene Tonachio and Franklin Foxx, also have another daughter, Kristie. Megan is the younger of the two children. At the age of 3, she watched Judy Garland play the role of Dorothy in the Wizard of Oz. Inspired after watching the movie, she decided that she would be an actress. She was determined to become an actress and began taking drama classes at a community centre when she was 5. In addition to drama classes, she enrolled in extracurricular activities by joining the Kingston Elementary School’s chorus and the Kingston Clipper’s swim team. By the age of 10, she and her family moved to St. Petersburg, Florida where she continued her training. She began her modeling career at the age of 13.

During her high school years, she joined the cheerleading team but was treated poorly by the other girls. They teased her, made fun of her and treated her with no respect. Despite the way she was being treated, she continued to focus and move forward to attaining her ultimate goal. She won several awards at the American Modeling and Talent Convention in Hilton Head Island, South Carolina. These accomplishments opened many doors for her.

In 2001, at the age of 15, she was cast in Holiday in the Sun as heiress Brianna Wallace and rival of Alex Stewart, which was played by Ashley Olsen. The movie went straight to video, but it fueled her fire to be an actress. She turned down modeling shoots and decided that for her to be successful at attaining her goal, she would have to move closer to Hollywood. She and her mother moved to Los Angeles to follow her dream.

She auditioned, and auditioned and auditioned more. Slowly, she was beginning to be cast into roles. In 2002, she landed the lead role as Ione Star in the television series Ocean Avenue which lasted 2 seasons where she appeared in 122 one hour long episodes. In 2002, she guest starred in one episode of the television show What I Like About You. In 2003, she was an uncredited extra in Bad Boys II. In 2004, Fox guest starred in an episode on Two and Half Men. In the same year, Fox made her film debut as Carla Santi in Confessions of a Teenage Drama Queen while co-starring opposite of Lindsay Lohan as her character rival. She continued her television roles and was cast in a recurring role in Hope and Faith where she portrayed Sydney Shanowski. Fox continued to play her character until the show was cancelled in 2006. She also appeared in The Help and Crimes of Fashion.

Megan Fox’s big break came in 2007 when she was cast as Mikaela Banes in the live action film Transformers as the love interest of Sam Witwicky.  She was nominated for three Teen Choice Awards in the category of “Choice Movie Actress:  Action Adventure”, “Choice Movie:  Breakout Female”, and “Choice Movie: Liplock”.  She was signed on for two more Tranformers sequels.

In June 2007, Fox was cast in a minor role in the film How to Lose Friends & Alienate People and starred alongside Jeff Bridges, Kirsten Dunst and Simon Pegg.  This film did not do well at the box office, nor did her 2008 film Lost in Whore.

Jennifer’s Body was released in 2009, which is the first time she was cast in a lead role.  She portrays Jennifer Check, who is a mean cheerleader cursed by a demonic possession.  This demonic possession begins to feed itself off the boys in a Minnesota farming town.

The sequel to Tranformers, Transformers: Revenge of the Fallen, was released worldwide on June 24, 2009 and featured Fox as Mikaela Banes.  For those who are following the Tranformers film franchise, it is official that Megan Fox will not be returning to the third sequel of this series as Mikaela Banes.  British model Rosie Huntington-Whiteley has been cast as the new love interest for Sam Witwicky and filming has begun on this sequel.

Megan Fox will be portrayed as Leila in Jonah Hex.  She is a gun-wielding beauty and the love interest of Jonah Hex, who is played by Josh Brolin.  This film is now in production and is scheduled to be released on June 18, 2010.

The following year, 2011, will have Fox star in the film The Crossing as the lead female.  The plot of this movie revolves around a young couple who, while on vacation, get caught up in a drug trafficking scheme in Mexico.   This movie is still in pre-production.

It was reported in March, 2009 that Fox is set to star in the lead role as Aspen Matthews in the film Fathom, which is another comic book adaption to film.  This movie is also in pre-production and has her co-producing with Brian Austin Green.

Megan Fox - Her Reason for Tattoos is Bad Attitude

Megan Fox is not only known for her modeling and acting career, but also for her tattoos. For many followers, she carries her tattoos with class, style and sensuality. She loves her tattoos and has transcended the barrier of having them as "body art". Instead, her tattoos are a reflection of her emotions and mindset at they time that she chose them. She sports eight tattoos and each is located on different regions of her body. The most sensuous tattoo is a poem that she wrote herself which has the words tattooed on each rib as it spans across her left rib cage. The most inconspicuous and smallest is her first tattoo which is centered on the back of her neck. It is one Chinese calligraphy character that translates into the word "strength". Megan Fox loves her tattoos and many fans are holding their breath as they wait for her to reveal her newest and latest tattoo.

Megan Fox - Foxy Megan, A Star on the Rise

Megan Fox, nicknamed Foxy Megan, is a rising celebrity that many follow and with her career just beginning, we will more than likely see more of her in future movies, events and on covers of magazines at a national and international level. 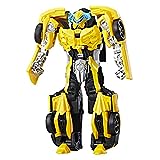