My wife borrowed Momma Mia! from a friend and convinced me to watch it with her.  My gut instinct was that this was not going to be a very good movie, however, since I like the music of ABBA I figured I would give it a try.

The movie is about a 20 year old woman preparing for her marriage.  She wants her dad to walk her down the aisle, the problem is that she does not know who her dad is.  She found her mother's diary and discovered that her mother had slept with 3 different men around the time of her conception.  The young woman decided to invite all 3 men (unknown to her mother) to her wedding in hopes to find out which one is her father.

After the movie, my wife said she thought it was "cute".  I am guessing that on a scale from 1-10 she would probably give it a 6 or 7.

In my opinion, I would rate this movie as a 3 or maybe 3.5 on a scale of 1-10 and the reason it is that high is because of ABBA's music.  If you are a man, the only reason for you to watch this movie is to try and gain points with your significant other and even then I would look at other ways to gain points first. 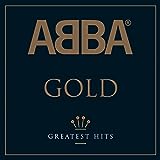