In late 2011, a primarily French film tribute to Hollwood’s silent movie era was released. This movie, The Artist, passed quickly through art film venues and disappeared. Fortunately, however, due to its garnering of Oscar for Best Picture and Golden Globe Best Picture, Best Actor, and Best Original Score awards, The Artist has returned. Now, you can see it in mainstream movie theaters. As I watched it, I was thrilled at the level of attention to detail in scenery, costumes, and hairstyles to re-create California in the late 1920’s and early ‘30’s.

The Artist on dvd

The Artist: Scenery and Props

In the 1920’s, the wealthy were very wealthy! Somehow, this was rather acceptable and the inspiration for all the Orphan Annies and Horatio Algiers of society to work hard to eventually get their piece of the pie. The movie shows that lifestyle convincingly.

In the house of the lead, character George Valentin – a successful silent film actor, note the vestibule inner doors. Sheer curtains are authentically gathered on slender metal roads at top and bottom of door windows. For even more authentic time travel, observe the interior electric light switches. They are just like those in my grandmother’s house! Lights are turned on or off not by one switch, but by a pair of buttons, one above the other. When one button is pushed in – to make a change in the light (on or off), the other button pops out, and vice versa. It is this sort of attentive set building which adds to the flavor of the film.

There is more to praise. Molding details in woodwork are spot on. Also, the bead board wood paneling in a dressing room is correct; it was used in modest rooms of the twenties. Of course, movies were recorded onto highly flammable celluloid film stored in large metal canisters. Furthermore, look for the ice box in kitchen, of course, and art deco mirrors and metal staircases, plus an ashtray on a stand.

In one of the limousines, note the back window has a shade with a pull cord ending in the round circle covered with blanket-stitched thread. Also, pay attention to the good old-fashioned phone handset, folding canvas director’s chairs, wide wooden venetian blinds, and the trolley.

This movie’s successful ingénues are depicted as very flat-chested– that was the desirable look. Casting and costuming stayed true to this fashion.

Hemlines in the 1920’s rose to just-below-knee length. Movie star “dazzle dresses” are this length in The Artist. Equally importantly, the dresses of the “plainer’ females are accurate. The secretaries and the women waiting at a bus stop, or extras walking through scenes – all these actresses required costumes, and the variation was lovely. They have the shorter hemline – meaning much of the calf visible, but the poorer women had baggy, ill-fitting dresses. This would be partially due to their economic status or also due to concerns for modesty. They would not want the outline of their torso to be discernible. Also, the costumes of the maids are very accurate. Kudos to the costume design team!

The men’s pants in The Artist are higher-waisted than what men began wearing in the 1940’s. These authentic pants also are pulled high by suspenders. Note the police uniforms, too.

If you are a hat person, the variety in this movie is impressive. Both men and women wore hats in public in the early 20th century. Therefore, this movie contains a plethora of them. All the women’s hats remain true to the cloche hat basic “helmet” look with just a little bit of bangs sticking out. The men’s hats are dominated by typical newsboy caps and fedoras.

Dance shoes of the twenties and thirties were different than shoes of today in that the heel was placed just a little more forward along the bottom of the foot. Today’s shoes have the back of the heel aligned with the back of the foot. Not so in the jazz age. Also, the heels were often more hour-glass shaped. This was depicted authentically in the costumes. Also, The Artist accurately has lots of T-strap shoes on the women.

Here, I feel that the make-up was very close, but not quite 100% authentic. The men should have more eyeliner on lower lid and more upper eye shadow. Check a few of the early talkies in which the make-up practices of the silent moving pictures continued. For example, look at Jimmy Stewart as the bad guy in Rose Marie. He has mucho eye make-up. For women, this was the era of thinly plucked eyebrows – which is done well.The women also should have had heavier eyeliner on both lids and perhaps shadows under the eyes. The women’s lipstick style in The Artist was usually good. The twenties’style called for heavy red lips – but also called for creating the artificial shape called a Cupid’s Bow. It was not as wide as most women’s natural mouth width. Also, it had two rounded bumps like the top of a valentine heart. Sometimes, this was higher than a woman’s natural lips. They do not seem to paint this on shape on Bérénice Bejo, the female lead, but they do have the heaviness of the lip color.

By the way, this presentation of face make-up to the public created the break-through that good and decent women could begin to wear some face paint in public. It was no longer a sign of belonging to “the oldest profession in the world.” In both the movies and on the street, the black eye make-up was heavily and fuzzily applied.

I absolutely loved what they did with the male lead, Jean Dujardin. The Brilliantine slicked hair with that twenties part and the moustache location were perfect. He is practically a double for silent movie icon Douglass Fairbanks.

It appeared that the female lead, Bérénice Bejo, was to have naturally curly hair. Another character, a bleached-blonde actress, has lovely Marcel waves as did some of the other women in the movie. Also, women who were getting used to the notion of bobbed haircuts for ladies have the accurate cut bangs in front and shorter hair on sides, but still a chignon of long hair at the back of the head as a remnant of the past styles.

If you enjoy early 20th century history, re-enactment, or theatre design elements, I recommend viewing The Artist. It is a Jazz Age buff’s dream come true. You will probably want to see it more than once. I do! 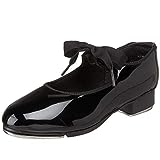 View the official trailer at