The Best Movie Kisses of All Time

Big Kisses on the Big Screen

This is a list which is obviously always growing. If you think of one I have forgotten (or would like to dispute one I have included) visit the guestbook at the bottom of the page.

Song: Kiss Me by Six Pence None The Richer

This kiss was actually not effective for me. I have put it on the list by popular demand. I actually laughed through this scene, but to each his own.

Is this a kissing book?

Well apparently it is!

Lady and the Tramp

Watch Lady and the Tramp kiss

It's A Wonderful Life

Quite a kiss for a Christmas movie!

Kiss Like a Star: Smooching Secrets from the Silver Screen

Kiss Like a Star: Smooching Secrets from the Silver Screen
William Cane has become an expert in the art of the kiss. The Art of Kissing has sold more than 100,000 copies and become the bible of kissers everywhere.
Buy Now

This kiss is proof that awkwardness contributes to a great kiss. The ultimate in rooting for the underdog - Rainman in the elevator with his brother's girl.

Finally kissing in public after so much falling in love in private.

What makes it great? - What is it about the kiss?

What is it that makes a kiss in a movie great? Is it the actual kiss or the characters that do the kissing?

What is it that makes a kiss in a movie great? Is it the actual kiss or the characters that do the kissing?

Hmmm. Another underdog kissing his brother's girl. I love it! This kiss was great. Again, awkward and unexpected. With the sense of emanating danger, the spooky setting, and an absolutely lovable little nerd. How can you not be pleased to watch this first kiss?

The ultimate solution to the question "where do the noses go?"

And, the rain! A kiss in the rain always gets bonus points. Passion supersedes having sense enough to come in out of the rain.

What is it about the rain that just makes the kiss work?

Gone With The Wind

The definition of a classic.

The longest kiss in films history was between Jane Wyman and Regis Tommey in the 1941 film, You're in the Army Now. The kiss lasted 3 minutes and 5 seconds, or 1/25th of the total running time.

Some Kind of Wonderful

The old "let me teach you" trick, eh?

He does not need any lessons.

And, if you couldn't figure out the end of the movie by this kiss alone then you're in need of some real relationship therapy.

Hmm. Apparently, practice kisses were big in the eighties.

Ladies, don't let your man practice the kiss on someone else! They always end up with her in the end. 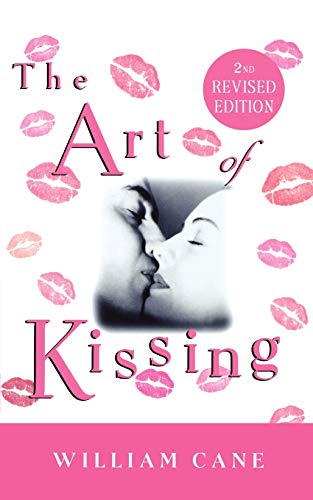 The Art of Kissing, 2nd Revised Edition
In The Art of Kissing, William Cane reveals that there is more to kissing than simply locking lips. Through a hundred thousand interviews he has discovered the truth about what men and women do, think, and feel when they kiss. Their input and his expert knowledge can help you to master the secrets of great kissing. With specific techniques for more than thirty types of kisses, this updated and revised edition features:* Overcoming first kiss shyness* Secrets to increasing your 'kissability'* Complete instructions on French Kissing* Electric kisses, neck kisses, ear kisses and much more. Transform your kissing technique, pucker up with passion, and master The Art of Kissing today!
Buy Now

The Empire Strikes Back

To appease the Sci-fi folks who needed an out-of-this-world kiss.

I specifically chose this kiss from the Star Wars trilogy rather than the one when Princess Leia kissed her brother (Luke).

Any kiss by Eugene Levy is memorable.

(I just creeped myself out.)

Well, it is memorable.

Watch this kiss from A Mighty Wind

By far, the best film kiss that ends with a punch in the face.

Okay, be honest...you we're hoping the wind knocked them down, too, right?

Another kiss in the rain. We've already learned that rain helps a kiss. Oh, and this one has him lifting her - that's another biggie. When a man is lifting a woman in a field, it's love!

Watch a video of the kiss from The Notebook.

Where It All Started - The First Kiss on Film

Hands down, the best ogre-on-ogre kiss on film.

Personally, I saw too much bacteria on the screen for this kiss to work for me, but to each his own.

Daredevil and Electra, without their spandex, kiss in the rain where he can "see" her. Again, the rain factor helps.

The first kiss for both of them, and he turned back into a ghost midway through! A beautiful kiss, that is actually appropriate for a 12 year old.

Watch a video of the kiss from Casper

From Here to Eternity

"I never knew it could be like this. Nobody ever kissed me the way you do"

In those Hawaiian waves, this is the kiss that every 16 year old girl is just dying for (and we all know she'll be waiting on it for quite some time).

The love we all dream of having until we are old.

Have I hit all the big ones, or does another movie kiss really do it for you?

What was your favorite film kiss? - Please leave your thoughts. You don't need to log in.