Music Makes You Kill Yourself

Please actually READ the article before jumping to conclusions based on the title of it, and attacking me. In is clear from the comment section that very few of you actually bother to read the entire thing, and make assumptions about my opinions and the content because of the title of the article.

Can Music Influence You To Do Something You Normally Wouldn't?

There is no doubt that some music can have a great emotional impact on people. The question is, can it drive you to kill yourself? Some people think it can.

Suicide is a theme that is found in the lyrics of a lot of different types of music. Heavy metal, country, folk, and pop music have all explored this theme. Yet, more often than not, in most people's minds it is heavy metal music that is associated with the dark themes of suicide and death.

Is music's emotional impact that strong? Can you it make you do something that you would not otherwise do? There are some songs that can instantly make some people tear up when they hear them, but is there music that could affect someone so strongly that it would influence them to commit suicide? 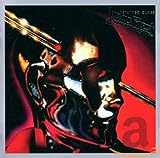 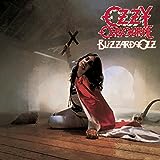 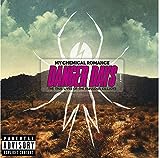 In 1985, two days before Christmas, two American men, Raymond Belknap, 18, and James Vance, 20, sit down to listen to some Judas Priest albums, while drinking beer and smoking marijuana, and make a suicide pact. A couple hours later, they each shoot themselves in the head. Raymond died instantly, while James survived, but had destroyed most of his face. He lapsed back into drugs and died in 1988. Before he died, James claimed that alcohol and heavy metal music led them into believing "the answer to life was death". He said he believed Judas Priest murdered his friend Ray.

The families of then men then accused the band Judas Priest of having driven them to suicide. They decided to sue the band in 1990. They alleged that the band had incorporated subliminal messages into several of their recordings, including their 1978 Album "Stained Class". The recordings purportedly, when play backwards, contain the phrases "do it", "I took my life" and "fuck the lord", among other things. They accused these subliminal messages for inciting their sons into committing suicide.

The case was dismissed after evidence of the boys violent and depressed upbringing is presented. The lawyer representing Judas Priest described their lives as "sad and miserable". I have included part one of a documentary entitled "Dream Deceivers", about James Vance and the lawsuit against Judas Priest, to the right. Parts 2-6 will be available at the end of the article, below the comments section.

Ozzy Osbourne has also been blamed for causing people to take their own lives. Ozzy said in a past interview that he has been blamed and sued in 25 instances of suicide. In all circumstances, it was the song "Suicide Solution" that was blamed. Rather than advocating suicide, the song is meant to be a statement against alcohol abuse. The "solution" meant not to refer to an answer to a problem, but the liquid mixture of an alcoholic drink.

In 1984, Ozzy Osbourne is blamed for the death of 19 year old John McCollum, who shot himself while listening to Ozzy's album "Blizzard of Ozz", which contains the song "Suicide Solution". His parents filed a lawsuit, where they claimed that there are hidden lyrics in the song that urge people to commit suicide, despite the fact that their son had suffered from clinical depression, and had drug and alcohol problems. Their lawyer claimed there were tones called "hemisync" in the song, that would cause a person to be unable to resist what was being said in the song. The case is dismissed when it is ruled that his suicide was not a foreseeable result of the song.

Ozzy was again sued for the same reason in 1991, by the parents of Michael Waller, who contended that the song "Suicide Solution" was responsible for their son's suicide, despite the fact that the song was not on the Ozzy Osbourne record, Speak of the Devil, that was found playing when he shot himself. They claimed it was subliminal messages contained in the song that had influenced his actions. These were the only two instances of suicide involving Ozzy's song that I could find.

The parents of those who have killed themselves are not the only people who believe that Ozzy was responsible for their deaths. Many religious leaders and conservatives have also blamed Ozzy. Religious fanatic, and the man behind the website jesus-is-savior.com, David J. Stewart has said that "Ozzy's music is handing a loaded gun to a person who is suicidal. The music itself is a medium through which demons enter into one's mind and soul".

Most recently, in 2008 My Chemical Romance became the latest band that has been accused of encouraging suicide through their music, when 13-year-old Hannah Bond, who lived in England, hung herself. Bond was reportedly "obsessed" with their music, and had talked with her friends about the glamor of suicide; this was enough for people to conclude that the music of My Chemical Romance was the reason that Hannah took her life. Apparently the emo overtones of the band's music are what ultimately caused her to take her own life, according to coroner who investigated her death.

Though the controversy mostly centers on heavy metal, or rock n' roll music, country music has been accused of promoting suicide as well. There is contention that the themes found in a lot of country music promote a suicidal mood amongst those people who are already depressed and at risk of suicide. Country's penchant for songs about cheating spouses, financial problems, and alcohol abuse, are thought to foster a suicidal state. A study on "The Effects of Country Music on Suicide", by Steven Stack of Wayne University, and Jim Gundlach of Auburn University, showed some surprising results;

"The results of a multiple regression analysis of 49 metropolitan areas show that the greater the airtime devoted to country music, the greater the white suicide rate. The effect is independent of divorce, southernness, poverty, and gun availability. The existence of a country music subculture is thought to reinforce the link between country music and suicide."

So why is it that only heavy metal and rock n' roll seem to be blamed by parents for their child's suicide? You haven't, and will likely never will, hear a parent complain that their kid was influenced to kill themselves by listening to Dolly Parton, Tim McGraw, or Carrie Underwood, despite the outcome of the study done on the effects of country music on suicide. No one makes accusations that Garth Brooks music is Satanic, or that he is the anti-christ, despite his song "The Night Will Only Know", which is about a woman who commits suicide.

If music itself does not cause you to commit suicide, what about the worship of the person who creates the music? That's what happened in the case of grunge icon Kurt Cobain.

In April of 1994, the music world was shocked when Kurt Cobain was found dead from a self-inflicted gunshot wound. The lead singer of the widely-successful band, Nirvana, Cobain was a heavy user of heroin, and struggled with depression. Nirvana's music could be said to contain dark and depressive imagery, and Cobain even wrote a song called "I Hate Myself and I Want to Die".

What was even more shocking was the widespread wave of copycat suicides around the world by Cobain's fans afterward. In the days following his death, not only were there a rise in reports of suicide, there was also a significant increase in calls to suicide hotlines. There is no reliable report of the number of suicides connected to Cobain's, but it has been said that there were at least 65 known cases. The correlation between the two cannot be ignored; there clearly is a link between Cobain's suicide, and the rise in suicides and crisis calls that occurred afterward.  It is easy to speculate that in the copycat cases, the people who took their own lives were likely already suicidal, and that the death of Cobain just pushed them over the edge.  What we will never know for sure is if Cobain had not killed himself, would those fans have done it eventually anyway?

Though not directly related to listening to the music, the idea that someone could have such an impact through their music that when they chose to commit suicide, many fans would follow suit, is shocking. In the case of any well-publicized suicide of well known person or celebrity, media coverage is reported to have an impact on the increase in suicide rates. Such copycat suicides only strengthen some people's belief that music can have a negative emotional impact on its listeners, to the point where it can influence them to want to die.

The Correlation Between Suicide and Music

Do some people who listen to certain types of music commit suicide? The answer to that question is obviously yes. The real question is whether or not there is any correlation between the two, and if so, does one precipitate another?

The answer to me seems to me like common sense, but apparently it's not for a lot of people. What is really more likely, that someone is influenced by dark, or heavy metal music to commit suicide? or that someone who is already depressed and struggling with thoughts of suicide might be drawn towards music of a darker nature? My opinion is that the later is far more likely. Otherwise, wouldn't everyone who listened to the same music all be killing themselves? Since that isn't happening, the idea of someone who is depressed searching out and relating to music that happens to be darker makes far more sense.

The truth of that matter is that we all seek out music to reflect our moods, emotions, and feelings. When someone goes through a bad break-up and they are sad, they might spend all night listening to sappy love songs, or if they are angry about it, they might spend the night listening to bitter songs about lost love. When someone has friends over for a night of fun, they might throw up upbeat music, or dance music. Music is an important part of life for many people, and intrinsically woven into our memories and life experiences.

Unfortunately, when it comes down to it, it is a matter of personal responsibility. The parents who sue the bands over their influence on the suicide of their children simply do not want to take any personal responsibility for the obvious depression and desperation that cause their children to see death as the only way out. They do not want to admit that they might have missed all the warning signs that their children were struggling. They don't want to acknowledge that they might have in some way contributed to their own children's depressive state. The Vances, both parents and son, did not want to accept any responsibility in Jame's attempted suicide, and Ray's death. It's far easier to find a scapegoat, then to face reality; his parents were not good parents, his home life was far from good, and when he made a suicide pact with his friend while drunk and high, it was not the music playing in the background that placed a gun in their hands, and caused them to try to end their lives.