The Power of Song

Musicians get it. So do artists, theologians, even physicists. The essence of music is at the core of our existence. Many say music is the soundtrack to our lives. Dick Clark himself coined that phrase many years ago, and many have pondered the thought since.

How many times have you found yourself stilled as a song begins, bringing to mind a certain experience? Then this experience is immediately linked to an emotion. It could be good, bad, happy or sad, but there it is, resonating - activating memories and feelings about past events, and bringing them into sharp focus. Just as seeing, hearing, tasting, smelling, touching, or feeling something familiar can have this affect, music contains the very same power.

Music is the seventh sense.

Several years ago, I had a close friendship with a man that lived in the apartment below me. One autumn night, we went for a walk alongside the small lake in our complex, and eventually arrived back at my apartment on the second floor . The french doors and windows were open, allowing the crisp October air to enter the room through white sheer curtains. We sat on the floor with the stereo on, and talked through the entire night. We discovered new things about one another, each of us aware that we were entering into unchartered territory.This was back in the '80s when radio stations placed hit songs on heavy rotation, therefore subjecting you to a top ten song about two or three times an hour. The song that night was "Total Eclipse of the Heart" by Bonnie Tyler. We both loved the song; and as we spent that night talking and drinking wine, we welcomed the dawn joking that it would have to be "our" song. Indeed it was. Not often do you discover a new song and a new love in one evening. Even though that love has since passed, I never forgot that wonderful night or the song that went with it. I now hear it every October without fail. Whether it's in a department store, on the radio in my car, at the dentist's office, or in an elevator, fate finds some way to deliver that song to me, along with its memory, on a brisk autumn day when the air is crisp and the leaves have turned once again.

When I lived in Orange County, California, I would frequently drive up to Los Angeles. As I journeyed up the coast, I used to listen to the soundtrack of "To Live and Die in L.A." by Wang Chung. The title song would invariably come on just as I reached Long Beach, the location for much of the film. It was so hot there that I could see the heat dancing on the blacktop, rising up to meet me and distorting the view ahead. As I drove along with the top down and the volume up, the smell of heat mixed with the salty ocean air produced a very distinctive aromatic cocktail... one you could easily get drunk on. Happy and carefree, with the mountains on my right and the water on my left, it was just me and Wang Chung rolling up the Pacific Coast Highway in my V.W. Beetle. Life was good. Almost as good as that song.

I have held my children during times of illness or sorrow and rocked them to the song "I'll Stand By You" by the Pretenders. We all end up teary eyed whenever it comes on. The music and lyrics are so powerful, they provoke an emotion words alone can't express.

I stood at a friend's funeral in high school who was tragically taken when her car veered off the road into a small river. She drowned when she couldn't get the door open to escape and swim to the surface. The irony was, she was the star of our swim team. About two weeks before her death, she said to me "If I ever died, I'd want them to play "Free Bird" by Lynyrd Skynyrd at my funeral. Her wish was granted, far too soon. There are just some memories you don't want called back with such vivid accuracy, so that one's not on my playlist.

I have fallen in love to "Cross My Heart" by George Strait, and fallen out of love to "Talking In Your Sleep" by the Romantics. I've partied with Led Zeppelin and relaxed with Bob Dylan. I've cried with Country's best and lied with Rock n Roll's worst.

All part of my soundtrack...

Tuning in to your soundtrack

Each of us have those songs or pieces of music that have struck a cord synonymous with a specific life experience. It's intangible, much like our other senses, but still a gift we've been given to enhance our physical awareness.

That's the inspiration of the musician, songwriter, singer and composer. To inspire and unite us using a common element. Stevie Wonder's most acclaimed collection entitled "Songs in the Key of Life" did not happen without intention. Its compositions describe, define and comment on key areas of our lives. The theme that Jim Morrison of The Doors delivers in the song "When the Music's Over", is a message that lived on long after his own death - "music is the fire of life, and when the music stops, so does life's spirit."

Prolific American poet and writer Henry Wadsworth Longfellow once said "Music is the universal language of mankind." This was reflected in his work, as his poetry was noted for its "musicality" and he predominantly wrote lyric poems. The famous French writer Victor Hugo observed: "Music expresses that which cannot be put into words and cannot remain silent".

Though neither of these writers were known for any direct musical contributions, each appreciated it's significance in the human experience. Albert Einstein has also offered his thoughts on the subject: "If I were not a physicist, I would probably be a musician. I often think in music. I live my daydreams in music. I see my life in terms of music...I get most joy in life out of music."

Einstein had the right idea. We are afterall, the conductors of our own symphony. We choose the instruments to be played, the musicians that play them, and the catalogue of songs to perform. How we choose to do this is what makes up the soundtrack of our lives. Play it back now and then. Store each melody on a very reliable memory disk, and take full advantage of this seventh sense called music. 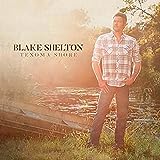