Open Letter to the Backstreet Boys

How's it going? It's obvious you truly appreciate your fans and they can feel the love via your tweets on Twitter and your Facebook messages. I'm not that much of a fan anymore, but I do stalk your messages. I was more a fan back in the 90's, but I've moved on...kind of. I still enjoy your music when I hear it! Well, I guess I am still somewhat of a fan. OK, you decide....

I always enjoyed your music more than NSYNC, but I did like them also. Two boy bands coming out of Orlando around the same time. Wow, what a POP explosion! Britney Spears and Christina Aguilera enhanced the POP! At that time I was a Sales Rep for a CD Distributor and when one of your albums was being released I knew I had a long week ahead of me. I thought since I worked in Orlando and you guys lived in Orlando it would have been nice if you helped me out once in a while, but I guess you were kind of busy.

Your music journey began back in 1993. If it wasn't for Lou Pearlman, your manager at the time, did you ever wonder where you would be? Lou had an idea to create a boy band. A.J. was first on board followed very closely by Howie. You then met up with Nick during boy band auditions. Kevin was working as Aladdin at Disneyworld and he suggested his cousin Brian from Kentucky to also audition. The five of you clicked. Backstreet Boys was created.

I do like the fact that your name originated from Orlando's once famous Backstreet Flea Market. A flea market one day and a boy band the next. You guys were phenomenal, literally everywhere I turned there was BSB! Billboards, Burger King toys, Kmart, Walmart...there was BSB merchandise all over this town! Your first performance at Sea World in 1993 drew in a small crowd but that crowd soon became a mob!

Your fans are thrilled you have accomplished so much and they are also glad Lou Pearlman is behind bars where he belongs. He was a greedy, selfish man and embezzled millions of dollars from his investors, groups and companies. Lou won't be cruising the Riviera on his yachts anymore, he'll be cruising the courtyard with his cellmates for many years. Enough about him. He's been kicked to the curb.

I am familiar with a diehard fan of BSB. She's very close to me. I gave birth to her. Have you guessed who she is yet? Yes, she's my daughter Carissa. Yes, I've been hearing about the Backstreet Boys, their comings and goings, their marriages, rehab stints, tours, children and the BSB CRUISE everyday (unless I block her out, which is prone to happen)!

Carissa is 26 years old, she's been a fan since she was 12! OMG that's like 100 years of BSB chatter! Now for the clincher...are you ready??? Her daughter Faith who's 5 years old...my granddaughter...is also now a fan. Yes, I have two BSB addicts in my life singing, dancing, arguing over who gets to select the next song to play. OK, OK I know what you're thinking awwwww that's so sweet! Yeah trying hearing it everyday, you might change your mind!

So NOW they both want to go on the cruise. Faith has told Carissa she CAN NOT go without her. This could be a problem since Faith is not over 18 years old. Regardless, money is tight...we are accepting donations to send Carissa on the cruise. While she is away partying with BSB I will turn Faith onto some country or motown music. I am VERY close since she's a fan of Keith Urban BUT with her mama around my chances are slim to none. So my dear BSB dudes could you supply Carissa with a ticket or two so she can go on your annual cruise? Her family will appreciate it!

We were at your New Years Eve concert in 1999. I never would have thought we'd be ringing in the millennium with BSB but we did among all the screeching teenagers. We were all thankful that the world didn't come to an end when the clock struck midnight and we entered the year 2000! It was a memorable concert for my family and I. Psst...Kevin was always my favorite until he did a solo song and dance that night, oh Kevin what was up with those dance moves??? You were dancing, correct? Just giving you a hard time Kevin since you decided to drop out of the group and do your own thing. Which is cool, I guess.

I would now like to take a moment and share a personal message with each of you. First off is A.J. I have to tell you Carissa is your BIGGEST FAN, sure other girls will say the same thing. Don't believe them. You might remember this (hopefully you do) ... a couple of months ago while leaving a NY Talk Show a very nice woman approached you. She asked if you could phone a fan and you said sure! You phoned Carissa and you both had a short conversation. DUDE you made her YEAR! It was nice of Carissa's aunt-in-law to set up the phone call and it was nice of you to take a few minutes out of your day for her.

A congratulations is in order on another successful stint in rehab. I hope you don't need to go back for another. I hear there might be wedding bells in your near future! Wishing you many years of wedded bliss! By the way I still hear about the time Carissa shook your hand and she turned into a bowl of jello! Hahaha! She hasn't washed her hand since then! Ewwwww.

Thank you Howie for all your hard work and dedication to the Lupus Foundation. I'm truly sorry for the loss of your sister from this disease. Your sister would be extremely proud of you. You have acquired quite a following of fans who adore you! Best of luck with your new solo CD release! Keep up the good work!

Oh Nick, until today your fans still treasure you. You were always the cutest, goofiest and the most likely to get a date! Oops about your family's reality show not working out but in the long run have reality shows ever benefited a family? No. Well, maybe the Kardashian's but ... OK, enough about them. I enjoyed your brother Aaron's music..."I Want Candy!"

Hi Brian! I enjoyed your Christian Music CD, yes Carissa purchased and played the CD many, many, many times. You have a voice that could touch the soul of someone who doesn't even have a soul (insert humor)! Your little boy is adorable. Rumor is you are a fantastic dad and husband and I believe it. You were always the dependable and reliable member and you still are!

Kevin! We miss you! We understand that you chose to leave the group for personal reasons. I did hear a rumor that now you would like to come back! Dude you missed the best part of their comeback with the NKOTBSB Tour! Who would have ever imagined New Kids On The Block and Backstreet Boys touring together? Well it happened and it was a smashing success! It was my granddaughters first concert and she relished every moment of it!

The Backstreet Boys aren't just popular in the U.S. you are also International celebrities! Could you ever have imagined? In 1996 when you won the #1 International Group from viewers in Germany that must have been surreal for you! I'm impressed with the amount of trophies that you have won via MTV, People's Choice, Teen Choice, Nickelodeon and Internationally! You dudes have come a long way. Speaking of long way...shouldn't you be called Backstreet Men now instead of boys? Just a thought.

Have you ever thought back to the three year hiatus you took, if you didn't take it maybe you will be even more popular now? Oh heck, we can't look back, only forward so keep on poppin' out the songs and your pop fans will continue to pop them on their iPods! In the meantime please consider donating cruise tickets to Carissa. You can contact me through this hub. I'll be waiting for your response. I'm serious, I'll be watching my inbox 24/7 or you can just place a comment here. Your group participation would be greatly appreciated. Keep on comin' back BSB! So do you think I'm still a fan? :) 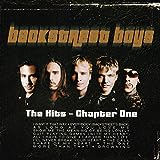 The Hits--Chapter One
Buy Now

Are you a BSB Fan?