My Tour of Southfork Ranch

All Photos Taken When I Took The Tour Not Actually in Dallas

Being a resident of the Dallas, Texas area and a fan of the television series “Dallas”, I discovered the famous Southfork Ranch was open to the general public for paid tours of the mansion and surrounding property. My husband and I took this tour back in April. I personally took all photographs posted here.

Tour prices are very reasonable. The most expensive ticket is the adult price of $9.50 plus applicable sales tax. Tickets are purchased in the Ranch’s main gift shop.

Map to Southfork From Plano 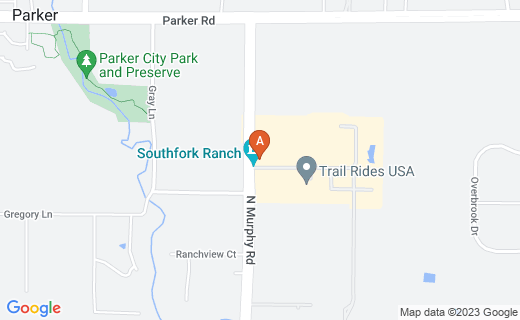 After purchasing tickets for the tour, we walked through a pair of doors to an area containing cemented autographs and handprints (and some footprints) of some of the lead actors in the series.  There are televisions playing recorded interviews with the different actors.  The room also contains the chairs the actors used on the set.  A man will position you in front of a large neon sign that reads “Dallas” in red letters and takes your picture while you are wearing a loaned cowboy hat.  He processes the picture while you are taking the tour in hopes that you will purchase the picture when you leave.  The area also has Lucy’s wedding dress and other props and wardrobe accessories used enclosed in a plexiglass case.  Further into the room, you see the actual prop gun used to shoot J.R. in the famous “Who Shot J.R.” episode, also enclosed in a plexiglass case.  You’ll walk through another door to an outside area with waiting benches and disposal containers for any empty food or drink containers.  There is also a smoking receptacle for those who wish to smoke before boarding the large tram which takes the tour to the mansion.

When the tram arrives at the mansion, the riders exit the tram and walk to the tour entrance of the mansion.  A tour guide takes your ticket and asks you to sit in a chair.  There are chairs aligned in such a way, you feel like you are in a school assembly.  This area of the mansion was originally the garage, refitted to accommodate this orientation portion of the tour.  On the outside of the mansion, the double garage door was kept intact for photo opportunities of the tourists.

After the brief orientation, tourists are allowed to roam the mansion freely, taking as many pictures as they wish.  Tourists were also allowed to stay as long as they wished.  There is another gift shop and a restaurant on the property rather close to the mansion.  Admittance to the restaurant was restricted on the day we went due to a couple renting the area for their wedding.  No one is allowed in the swimming pool during the tour.  The Dallas Cowboys Cheerleaders would use the mansion for their annual slumber party upon revelation of the final squad for the year.  This is when the squad photo was unveiled.  Only the cheerleaders were allowed to use the swimming pool after the cancellation of the series that made this property a tourist attraction.

Immediately upon exiting the orientation room which used to be the garage, you will actually walk through the mansion itself.  Immediately to your left, you will see two sliding glass doors which were also used by the cast to enter or exit the mansion.  These sliding glass doors lead to the patio and pool area.  Tourists are allowed to exit the mansion using these doors for more photo opportunities.  Walking past the sliding glass doors, you will see a parlor on your left and a dining room on your right.  Inside the parlor, which is roped off to deny admittance to tourists, are a piano and several pieces of furniture.   Above the fireplace, hangs quite possibly a replica of the painting of Jim Davis as Jock that was seen on camera after the actor’s death.  The dining room contains a long table with chairs and place settings.  There is a large hutch along the wall behind one length of the table.  These items were probably not used in the series.  Continuing through the ground floor of the mansion, there is a set of a couple of steps leading to the kitchen and a bathroom.

The staircase is located next to the dining room on the right.  Tourists are allowed to go upstairs and take pictures of the bedrooms decorated with paintings of the actors as their respective characters.  The furnishings for the entire mansion are not the actual furnishings used in the series.  The staircase doesn’t wind like it does on the series.  At the top of the stairs is a short walkway leading to the rest of the mansion.  At the end of this walkway, you will see what is decorated to be J.R. and Sue Ellen’s room with paintings of the actors.  Inside this room is another set of sliding glass doors leading to the famous balcony.  Tourists are allowed to walk through those doors stepping onto the balcony for more pictures of the patio and pool area.  Continuing through the upstairs portion, another bedroom is to the left.  This bedroom is decorated for Jock and Miss Ellie with paintings of the actors.  Across from “Jock and Miss Ellie’s” room, is “Bobby’s: room with a painting of the actor.  Across the hall from “J.R. and Sue Ellen’s” room is “Lucy’s” room with a painting of the actress.

We chose to leave after taking about fifty pictures or so because of the wedding that was planned for that afternoon.  I am including about half of the pictures I took that day.

We left the mansion and walked the short distance to the other gift shop which contains the actual Lincoln that Jim Davis drove during his time on the series.  The vehicle has not been registered or inspected for legal street use since 1978.  I was surprised to see the car was not roped off to prevent unnecessary touching by tourists who enter the gift shop.  The trunk of the car is open with merchandise for sale arranged inside.

The tram had arrived with a new batch of tourists when we were getting ready to leave. The tram drove us back to the area where we initially got on. We walked back through the doors where the photographer had our picture ready for sale which we did not purchase. We walked back through the doors leading back into the main gift shop. We purchased a few trinkets for memorabilia and left.