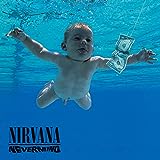 From those unmistakable four first power chords, Nevermind kicks off with an angst and a bravado that would define an era. Twenty-five years ago, I heard those chords for the first time, the heavy, punk rock riffing, the powerhouse drumming, followed by a mellow verse and the controlled chaos of the anthemic chorus. This song introduced me to the word “Libido” for the first time even as mine, at eleven years old, mine was nearing a state of constancy. The album ushered in the end of the hard rock and pop of the 80s—it knocked Michael Jackson out of the top spot in Billboard. It spawned the career, albeit brief, of the voice of a generation in Kurt Cobain.

Many would say that Nevermind, and in particular the ubiquitous hit “Smells Like Teen Spirit”, ruined Cobain, and perpetuated his suicide a mere 30 months later.

My parents hated it. Everything about it. The music, the album cover, the rebellious feel, the look. They hated my flannel shirts, my long blonde hair, my sloppy guitar impersonations of Cobain: a virtuoso in disguise. No one could put together a pop hook and meld it with a screaming vocal line like Kurt. And don’t forget the harmonies between Cobain and drummer Dave Grohl, especially apparent on the chorus for the albums' second hit (and second track) “In Bloom”.

This was music for the disenfranchised, the outcast, the bullied, and the lonely. It was music for kids like me, who sucked at sports, were shy around girls, and were not rich enough to hang out with the popular kids.

More importantly, this was an album. Butch Vig’s production created a masterpiece of an album that still holds up today, twenty-five years later. This was an era where music was arranged in a specific arc, complete with an introduction, a crossing of the threshold and, finally, a denouement. This was an album that required patience. Kurt killed his voice, after screaming out the lyrics for "Territorial Pissings" in a single take, he was unable to record vocals for days following. After a billion unsatisfactory takes, Kurt finally laid on his back and gently plucked the chords and, with microphone pressed to his mouth, mumbled his way through “Something in the Way” which, if the mythology of the album is true, tells the story of Cobain living under a bridge and trying heroin for the first time.

But all of the production in the world means nothing without songs. And these were songs. Raucous, pop infused punk and hard rock anthems that eschewed the slick commercial pop the 80's and early 90's. This album marked the death knell of the bombast and indulgences of the 1980's. The slacker generation had officially been born.

Cobain’s lyrics were written (some on the spot ) more for the sounds of the words, than for the combined meaning of the words. Yet, in this apparent nonsense, meaning was found. “Teen Spirit” spoke to us all about teenage angst and the struggle of being a teenager, “Come as You Are” shares stories of lost and phony friendships (Kurt hated phoniness above all else, even expressing this sentiment in his suicide note), “Lithium” hints at Cobain’s mental illnesses, and “Drain You” shares, perhaps for the first time, his relationship with drugs.

In what may, perhaps, be the ultimate irony, there may have been something phony in Cobain’s hatred of fame and fortune. It might have all been an act, part of his bigger image. Or maybe it was genuine. The fact of the matter is, the band blew up and traveled the world, in a way that would have likely never been possible for three lower middle class kids from Seattle, by way of the logging town of Aberdeen, Washington. This album, this music, spawned in me the belief that with three simple chords and some catchy lyrics, I, too could be a rock n roll star.

But this would all be a moot point if I hated the album. None of these facts mattered when I first heard the record. “Teen Spirit” seeped into my confused teenage brain and the music and the hooks were all that mattered. I didn’t care that Kurt was a druggie, I didn’t know what the songs were about, I didn’t know that the band had been through numerous lineup and name changes. None of it mattered. I loved the music. I loved the feel of the record, I loved the rebellion as I had to hide the cassette in my locker at school and sneak listens between classes or on the bus ride home.

I remember one day in particular, walking from my house to the local candy shop. A large Ford pickup was parked, doors open wide, owner nowhere in sight. The radio was playing. “Lithium”. I just stood there, start to finish, taking in the enigmatic lyrics and transcendent music. My sweet tooth could wait. I had to get my Nevermind fix. Nirvana had changed me, and they were the first “non-Christian” band I was truly into.

For the next four years, my hair grew long and blonde, I rocked flannels, I even tried out combat boots and Chuck Taylors. And my elation at the music was turned to gloom and doom at this “suicide” less than three years later.

What are your Thoughts on Nevermind?