I can take any amount of criticism...as long as I can consider it unqualified praise.

Something about the 1920s and 30's has always appealed to me; a penchant no doubt fostered by watching too many old black and white films on late night TV. Notwithstanding the fact that the thirties was the decade that produced the most devastating depression of the 20th century, for the smart, moneyed crowd, life seemed to be a sophisticated romp from one beautiful city to the next. It was a time of great style, or so it seems to me -in the music, the clothes, and even the flamboyant, devil-may-care abandonment . However it was but a fleeting moment in history-a rest between two world worlds which was to end all too soon with the rising spectre of Germany,1939.

If one person could encapsulate the spirit of this era it may perhaps be the multi-faceted, songwriter, playwright, director, actor and singer... Noel Coward. He made his stage debut at the precocious age of 11 and began writing plays while he was still a teenager; 50 in all and he also composed hundreds of songs and theatre musicals, wrote short-stories, poetry and a three volume autobiography. . On top of all this he was a successful actor and musical performer. He was no slouch.

Isn't it awfully nice to have a penis ?

Isn't it frightfully good to have a dong?

Such lines are reminiscent of songs like Don't Let's be Beastly to the Germans, penned in1943. Churchill reputedly loved the song and demanded encores but when it was played on British radio, listeners failed to detect the ironic tone -unfortunately it was taken rather too seriously and subsequently banned.

Coward wrote over 400 songs during his lifetime and according to the Noel Coward Society: “His influence continues to exist in every area of theatre, music and comedy. In the last decade his music has been performed by artists as diverse as the Pet Shop Boys, Paul McCartney, Elton John, Sting, Robbie Williams, Suede, Texas plus countless others. His musicals and plays are consistently revived on Broadway and in the West End and amateur companies queue to licence their Coward productions.”

This endurance signifies the broad appeal of his urbane and humorous style, peppered as it is with human insight. Coward had an unusually good command of the English language and indeed some of his lyrical phrases were absorbed into standard usage such as 'Mad Dogs and Englishman' and 'A Room with a view' .

Noël's lyrics are loved for their witty and effective use of complex rhyming schemes, where internal rhymes and rhythms are used to create incisive, mental pictures of the absurdity of the human condition in both usual and unlikely situations. 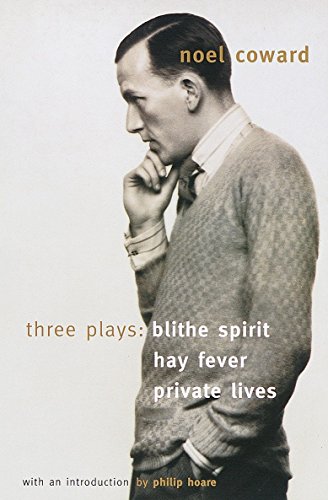 Perhaps the song that best sums up Coward's worldly image, and the aura of stylish abandonment that he exuded through every pore is the 1938 ode to vacuous fun, I Went to a Marvellous Party:

Quite for no reason

I'm here for the Season

And high as a kite,

With Maud at Cap Ferrat

Which couldn't be right.

Nobody cares what people say,

Than Rome at it's height,

I went to a marvelous party

With Nounou and Nada and Nell,

It was in the fresh air

And we went as we were

And we stayed as we were

Mad About the Boy

Coward's songs often seem effortless and light, yet  pathos can occasionally be detected, as in the admirers lament:

I'm mad about the boy

I know it's stupid to be mad about the boy

I'm mad about the boy

I'm so ashamed of it

Must admit the sleepness nights I've had about the boy

Although the song was originally performed by a female singer, it's no secret that Coward himself was 'frightfully gay' and he did also create a version that references homosexuality more specifically. The listener can sense Coward's yearning for youth and beauty in the song and beyond that, private longings known only to him.

My own reaction to these songs was similar to that felt when I first encountered Gilbert and Sullivan so long ago -an appreciation and delight in the humour and cleverness of the lyrical compositions. Although I enjoy Noel Coward's songs for their own sake, the gem I would like to extract from his influence is the fearlessness he displayed in developing his own unique style. He was an individual from a very particular period in history that is now gone forever and it's difficult to imagine another one making an appearance. Coward is also an inspiration to those of us who would like to sing our own songs but are missing a singers voice-occasionally uniqueness can rival natural advantage.

I can't close this brief snippet without reference to one of my favourite songs from the Coward repertoire [apart from Don't Put Your Daughter on the stage Mrs. Worthington], the lesser known Sail Away which he co-wrote with Gertrude Lawrence and was created for his last fully written musical by the same title. When performed by Coward it has a dream-like, wistful air, with just a hint of despair and gels with my own literary preoccupation with escapism:

When the storm clouds are riding through a winter sky

Sail away, sail away

When the lovelight is fading in your sweetheart's eye

Sail away, sail away

When you feel your song is orchestrated wrong

Why should you prolong your stay?

When the wind and the weather blow your dreams sky high