Noragami Characters and Their Connections to Japanese Mythology. Part 1

First off all, I will explain what is Noragami. Noragami (The Stray God) is a fantasy manga that began its serialization in January 2011. Three years later the manga got adapted by Bones. This story is written by Adachitoka.

Between this realm and the other one, there are around 8 million Gods along with the spirits who either serve them (the good ones) or meddle in affairs of humans (the bad ones). The story revolves around a few protagonists and one of them is Yato (Yaboku) who is a God as well. I will talk about him in details in this article.

1. Yato is, unfortunately, not worshiped and popular God among the people. He was presented to us as a God of Calamity. It is a known fact that people tend to forget this type of Gods because they are called only when they are needed for revenge. Yato's personality does not go along with the title since he is often portrayed as a childish character who can be easily persuaded to do something. He often buys lucky charms even though they are obviously a scam but yet there are times where he is serious and enigmatic. These kind of scenes are always connected to his dark past about which we do not know a lot.

As a God he can use a Shinki to exorcise the evil spirits (phantoms), use teleportation and he is able to control human bodies which is called Divine Possession. His goal is to have his own shrine and lots of followers. Yato's manga debut happened in Chapter 1 and anime debut in Episode 1.

At the first it was thought that Yato has no connections to any of the Gods found in Japanese mythology because he was shown as a Stray God without a shrine nor followers, striving to become popular. Basically, a God yet to become. At the end, Noragami fans succeeded in finding a small connection in Japanese folklore.

In Hitachi No Kuni Fudoki there are snake deities, who are called the Yato-no-Kami (meaning Gods of the Night Sword). These deities could be found in Namegata county, where they lived in fields without a shrine. Yato is without a shrine as well. It was rumoured that these deities often bring familial extermination just as Yato was remembered as a God who brings death to people and Regalia. Since they are called "Gods of the Night Sword" they were using swords while we have Yato on the other hand using, who is using Yukine. Yukine appears as a sword in his Sekki form. Yato's eyes are often shown with a thin pupils making it look like a snake eyes which connects him even more to snake deities called Yato-no-Kami.

2. Bishamonten, who is also called as Vaisravana, is one of the Gods of War presented in Noragami series. Her manga debut was in Chapter 7 and in Episode 5. She is not in good relationship with the previous God, Yato. The reason behind her hate towards Yato was partly revealed in Noragami season 2, episode 1. Bishamon has 8 combat ready Shinki while the rest of them live at her temple, at Takamagahara (the Plain of High Heaven). Her most popular Shinki is Kazuma, who when is called "Chōki" transforms into earring with the ability to track down others and navigate the attacks. 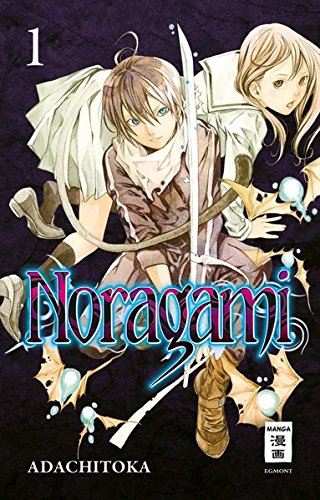 Bishamonten, actually, is a reference to a God who already exists in Japanese mythology. Bishamonten is a male God, who is often called as a God of War and is considered to be one of the Seven Gods of Luck. His first mentions come from Hindu's Kubera, whose popularity started to spread out from India through China to finally end in Japan.

Today, the story behind Bishamonten shows a perfect example of culture mixture between Shinto and Buddhism aspects. In Japan, this God is thought of as a warrior who punishes the evildoers holding a spear in his right hand. Which makes it kind of opposite in Buddhism, where he is more of a pacifist God.

3. Tenjin in Noragami series is one of the most popular and wealthiest Gods, ranked on third place right behind Inari and Ebisu. He is the God of Learning, appearing as middle-aged man around his 50s. Just like Bishamonten, he has a lot of Shinki but with one important difference. Tenjin does not fight for his Shinki. If they sting him just once, he will immediately release them. This is considered a kind act because if Shinki is released, it can find a new master. It appears like he prefers to have female Shinki. His manga debut was in Chapter 4 and anime debut in Season 1, Episode 3.

In Japanese mythology, Tenjin is a Shinto God of Scholarship, poet and politician, whose name was Sugawara no Michizane. When the name Tenjin is translated it means a "Sky God" (ten means "sky", jin means "god").Sugawara no Michizane's story goes back to 9th century where he was ranked high in government. His rival was a member of Fujiwara family, who will at the end succeed in demoting and banishing him to Kyushu. In year 903., Sugawara died in exile. Right after his death, the capital city was hit by a heavy rain and lightning and as a result of it members of Fujiwara family died. Along with them a few of their residences were destroyed by lightning and floods too.

The Emperor concluded that it was Sugawara's angry spirit who caused all those natural disasters and to appease him, the Emperor restored all Sugawara's offices, burned down the official order of his exile and ordered that he will be worshiped as a poet with the name Tenjin.

Except of their same name and similar appearance, Tenjin from Noragami and Sugarawa no Michizane from Japanese folklore share a few more similar traits. Michizane loved the ume trees and ume trees can be found at his shrines. He wrote a poem about ume tree, which Tenjin recites in Noragami episode 3 while Hiyori is admiring the ume trees, which just started to plum. There are many shrines dedicated to Tenjin in Japan but the first one to be built can be found in Kyoto. Its name is Kitano Tenman-gū and Tenjin's shrine in Noragami looks similar to this one.

4. Kofuku is actually called Binbougami, which means she is not enshrined and nor is actively worshiped. At birth she was not given a real name because of these reasons. Being a God of Poverty she has always been hated. In order not to amplify her powers and bring more misfortune, she was not allowed to have a Shinki.

However, one day she met Daikoku with whom she fell in love at first sight and claimed him as her Shinki. Daikoku gave her the name Kofuku ( which means "a small fortune"). In order to become more popular among people, she started introducing herself as Ebisu Kofuku so she would appear as a God of Fortune. Her manga debute was in Chapter 6 and anime debut in Episode 4.

Since Kofuku is impersonating Ebisu, God of Fortune, who later appears in the story, I will skip his background and talk more about what is Binbougami.

Binbougami when translated means God of Poverty, who will often inhabit a human being to bring poverty and misery to his/her life. Since they were Gods none could kill them. There are a few stories that mention Binbougami such as Toen Shōsetsu, Tankai and Nippon Eidaigura.

5. Daikoku's real name is Kuro (which means "black") and when he is called "Kokki" he transforms into a fan. It is unknown for how long Daikoku has been serving Kofuku nor do we know anything about his past. There are a few speculations that in his life he was a father since it was shown that he likes children. Daikoku confirmed that he is not a Blessed Regalia because Kofuku does not want him to become one. If Kofuku had a Blessed Regalia the void opened by her Regalia would grow without stopping and many more ayakashi would appear in the world.

Who is your favourite character from the above mentioned ones?

His name is derived from the Shinto God called Daikokuten. This God of the Darkness is one of the Seven Gods of Luck in Japanese mythology. Daikokuten evolved from Shiva, Indian deity, and Ōkuninushi, Shinto God. Daikokuten is one of the most popular deities in Japan, being associated with wealth and prosperity. There is a custom called fukunusubi (which means "Theft of Fortune") where it is believed that if you steal a divine figure and not get caught, a divine fortune is promised to you. In Japanese mythology Daikokuten is often connected to another God, Ebisu, just like Daikoku to Ebisu Kofuku.

I will conclude this article with Daikoku and wait for the rest of characters, who have connections to Japanese deities, to appear in Noragami anime series in order to avoid spoilers for those who just watch anime.

Was this article useful? Did you learn anything new?