I loved The Original Series. Really. I mean, the technical equipment looked pretty funny, especially if you have seen The Next Generation, Deep Space Nine or Voyager before (which sort of happened to me; from some reason the TV companies deemed it necessary to show us the newer stuff before they showed us the origins of phenomenon called 'Star Trek'). But the characters! The plots! The breakthroughs showed in each and single episode - it was simply glorious.

Captain Kirk got the girl most of the time, Spock would quirk his eyebrow and argue with Doctor McCoy about logic of emotions, Sulu would run around the ship half-naked and wielding an epee, Uhura would sing and make eyes at Scotty, who in turn would shout in outrage at anyone who would have though of hurting his pretty silver lady and Chekov would talk funny and everything would be invented in Russia.

From all the characters in the New Universe (meaning the changed timeline from 2009 movie), Uhura is probably most controversial; fans (or rather 'fangirls') seem to either love her or hate her, only few of them are able to see her in 'she's alright' style. Quite a lot of the fanfiction you find to the fandom have various levels of Uhura bashing in them. I myself am guilty of writing several fictions where I may not directly bash her character, but I'm not very favorable towards her either.

So, here I am, trying to make peace with NU!Uhura with answering to the reasons why so many of the fans dislike her so much.

She's so unlike the Uhura from TOS!

Well, nothing to argue about here. She's not like her TOS!version - but so is not Jim Kirk, so is not Spock, so is not anyone else, and not only because the Enterprise crew got together over ten years sooner than in The Original Series.

Gathered from all the discussions I've read through, NU!Uhura is obviously smart, hot and capable - but also too arrogant, not sensitive enough and certainly in need of being taken down a peg.

Fact is that should some drunken guy (read "drunken Jim Kirk") hit on me in a bar, I wouldn't be very friendly either, especially after the boob-grab scene showed in the movie. Even then, though, Jim managed to surprise Uhura with knowing what linguistics is about, and also made her smile several times. At the same time, there is certain level of animosity radiating from her during the Kobayashi Maru simulation, which is something what I myself can't really imagine with TOS!Uhura.

Well, this closely follows the reason #1. Uhura and Spock, yet another example why Uhura is nothing like she was in TOS.

In TOS they certainly seemed to be really comfortable around each other, close even, but not with the romantic connotations. Any romantic inclinations were mostly showed to other men, later in the movies Uhura really seemed to be into Scotty.

I myself had been really surprised when I've seen them together in the movie. To my specuations, Spock, as a Vulcan, would in all probability be one of the instructors at xenolinguistics, too, so Uhura would be one of his students. He never seemed like someone to break regulations in order to start dating one of his students, and I suppose I'm not the only one to think so.

And yes, the fact that many, many, MANY Star Trek 2009 fanfictions are for slash pairing Spock/Kirk or Spock/McCoy, discarting Uhura completely in favor of manly romance, also plays a role, here - all in the spirit of 'it's already not much believable - so why bother with it at all?'

3. She didn't accomplish anything!

Well, I confess that I myself thought that Uhura didn't accomplish anything but jumping Spock in the elevator when I've seen the movie for the first time, and the scene where she corners Spock and demands (well, it looked like that to me) to be stationed on Enterprise would support this, especially since she doesn't justify the demand with no further evidence than that he was aware of how much she wanted to be stationed on the ship.

Yet later, when Kirk drags her and McCoy to the bridge it's shown that unlike the communication officer she not only is able to distinguish Vulcan from Romulan, she also knew all three dialects. That definitely looks like accomplishment in my book, wouldn't you agree? (As well as makes the original officer look incompetent. Really, Admiralty, isn't the flagship supposed to get the best offered?)

Well, this seems a bit silly, but I've met even with this opinion. It's not that Nichelle wasn't "hot" in her role of Uhura - but her sex-appeal had been calmed down, tuned into a serenity which only accentuated how pretty she really was.

Zoe in her role of Uhura is slightly younger than Nichelle was, and back then it wasn't as "trendy" as it is now to make women actors into sex symbols whose sex-appeal will slap you into your seat. Back then, the top was to give the "woman of future" extremely short uniforms. Now, we obviously prefer all our actress and actors as steamy hot as possible.

Nothing against the eye candy, but sometimes, it's better to have smouldering embers instead of blazing wildfire.

Well, the elevator scene definitely didn't look much professional. Or the scene when Pike, Kirk and Spock are transported back to Enterprise. We never see her asking for permission to leave the bridge - yet here she is.

While we know for sure she didn't ask for permission to leave for the elevator scene, we do not know what happened before she run with McCoy and the medics into the transporter room, as the movie doesn't show that. So maybe she asked for permission. Or maybe not.

NU!trek Uhura is different from her TOS!trek counterpart. Just like every other character in the movie (well, apart from Spock Prime).

One of the things in fandom I strongly dislike is that you almost can't post a prompt at the memes all over the internet with Uhura not being shiny example of BAMFness without being called mysogynist and hater. Well, quite a lot of these prompts were in "Uhura needs to be taken down a peg => final pairing Kirk/Spock" or "Uhura doesn't show enough compasion and understanding to Spock - but Kirk does => dumping Uhura, final pairing Kirk/Spock" or "screw Uhura, let's write something with Kirk/Spock" style, so no wonder in ended in "wank" and "flamewars" and locked topics.

So please, book authors, movie directors... Give us some real and strong female characters. We need those, too.

After receiving one interesting comment to this hub I decided to add some final thoughts. First of all - while the commenter voiced some good points, I still refuse to say that writing this hub makes me Uhura hater.

I realize that in the beginning of the hub I wrote that I'm not very fond of Uhura. At the same time, I'm not very fond of chemistry, or the new Alternate Universe - is non-fondness hate? Is writing down a collection of impressions I get while moving in the fandom hate?

My commenter writes that we obviously watched different movies. I say that we watched the same movies, but looked for different things.

My commenter says that Kirk was believed in his "it's not natural catastrophe - it's Romulan attack" scene only because Uhura confirmed it. I say that this may be half true - bt the other half of the truth in this (the way I see it) is, that Spock would be likely to bellieve his linguist girlfriend than he would to someone whom he viewed as a cheater, no matter of his study records. Myself, I think that Pike would probably believe Kirk even without Uhura stating she was the one who heard the message - it would just take more time.

It only reinforced my belief that when it comes to the characters of New Universe, people have problems to stay in the middle, instead of being either absolute lover or absolute hater of some character (been there, done that, although I would like to think that I'm at least moving in the proper direction of seeing both good points and bad points).

I just have to say that I'm curious if and when do I get called hater, when I release my hub "Jim Kirk - Five Reasons Why the Fans Don't Like You." 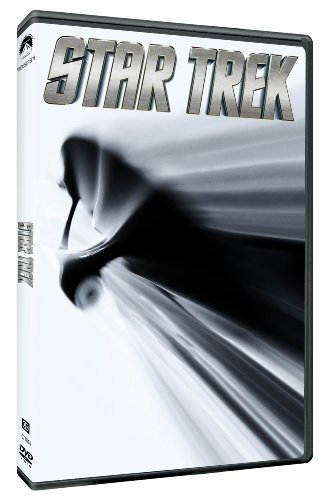