Bring on the Classics

Classic literature always provides a rich treasure trove that Hollywood mines regularly. The setting, the vast array of characters, the familiarity the story brings to viewers who are likely to have read the story sometime in their life and the opportunity to show off rich production values all offer attraction to the studios.

What more, the strength of the original story and the large canvas often attract Oscar glory also.

From the time the motion picture industry started, classic books have always been a very rich source of movie making. Classics also offer an array of genres to dip from. From the period romances of Jane Austen and the Brontë sisters, a study of then society by Dickens, the war commentary of Hemingway, the comedy of Oscar Wilde, the horror of Bram Stoker, the mystery stories of Conan Doyle to the children's favorites of JM Barrie and Frank L Baum, classic adaptations have always enjoyed a mass appeal.

This year sees the return of the classics in big scale with adaptations of Les Miserables and Anna Karenina in the works. 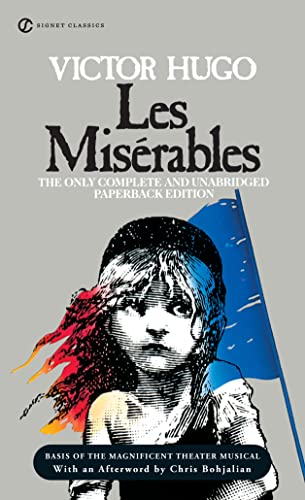 Lauded as one of the foremost novels of the the 19th century now, would it surprise you to know Les Misérables was critically mauled by pretty much everyone at the time of its publication. Victor Hugo, a celebrated poet in France was in exile in England at the time of its release. Sprawling over 1200 pages, this magnum opus covers crime and redemption, imprisonment and freedom, love and hate, revenge and repercussions all set in the backdrop of June revolution in France. The higher echelons of the society and the literati felt it was amoral and that it was pure overblown sentimentalism. But the public loved it. Despite its massive size, it sold millions, not only in France but also across Europe and the world. In fact the Confederate soldiers in America read the novel through their battles and called themselves 'Lee's Miserables' alluding to their General Lee and the awful conditions of war.

The story centers around the protagonist Jean Valjean, sent to prison for stealing a loaf of bread to feed his sister's children. After several escape attempts he is released on parole and is told to carry a yellow passport that pretty much brands him as a criminal for life. Bitter at the injustice of it all, Jean Valjean seeks refuge in a Bishops residence, only to steal the silver candlesticks and run away. Caught and returned to the Bishop's residence he is surprised by the Bishop's kindness in telling the authorities that it was a gift after all. The Bishop sets him on the right path and gifts him the candlesticks to make a honest man of himself.

Years later Jean Valjean becomes Monsieur Madeleine, a respected manufacturer and mayor of a town. He is hounded by Inspector Javert who knows him for what he is and seeks revenge. Their stories are intertwined with hundreds of others and is set in the backdrop of the student revolution and is full of twists and turns set across two decades (1815 to1832). The novel not only serves as a meditation of human adventure and redemption but also as a major historical narrative.

The film features the songs from the stage musical under the composition of Claude-Michel Schönberg. Currently in post production it is set to be released worldwide presumably in time for the Oscar season.

The Trailer gives a glimpse some stunning production values and design under the stellar direction of Tom Hooper. Should be a musical and visual treat with great songs. 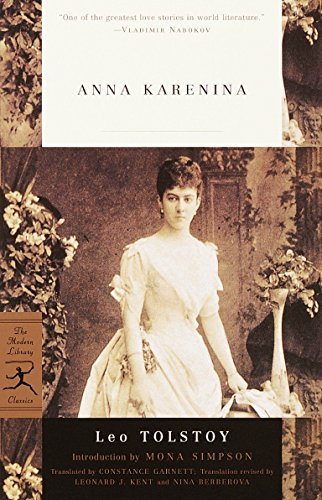 Considered by many as one of the finest realist novels of the 19th century and hugely influential to many writers, Anna Karenina was first published in a serial format in a magazine called 'The Russian Messenger'.

Its a sprawling epic ( I suppose all epics sprawl a bit!) that follows the infidelity of Princess Anna Karenina, a married woman who falls in love with handsome Count Vronsky while increasingly being distant from her husband Count Alexei Karenin, a senior statesman in Russia. The story follows her love and romance and the eventual decline into possessiveness and paranoia.

The novel accurately captures the then social norms in Russia and the sheer pressure a woman of her stature would have had due to the society's view of her infidelity. Count Vronsky promises to marry her if she divorces her husband ( who is twenty years her senior) but Anna struggles between her own desires and the social pressures.

The vogues of Tsarist Russia, the impeding politics of the revolution, the doomed romance and the period setting make it a very attractive film option. The novel also follows the love story and the plight of the two characters Levin and Kitty ( who is related to Anna) in parallel.

The forthcoming film is director Joe Wright's sumptuous vision. Wright has already demosntrated his ability to handle emotion, period setting and also rich production values in his Oscar winning films Pride and Prejudice and Atonement. One can say the film is in very safe hands here.

The Screenplay is written by Tom Stoppard ( Shakespeare in Love) and has the sweep of an epic romance. The trailer reveals an astonishing vision, reminiscent of those old David Lean epics like Doctor Zhivago

It is slated for release winter this year.

Vote for your favourite

Which would you rather see: the tale of Crime and Redemption or a Doomed Romance?